Who’s Behind a Letter Asking Congress to End the Wind Production Tax Credit? 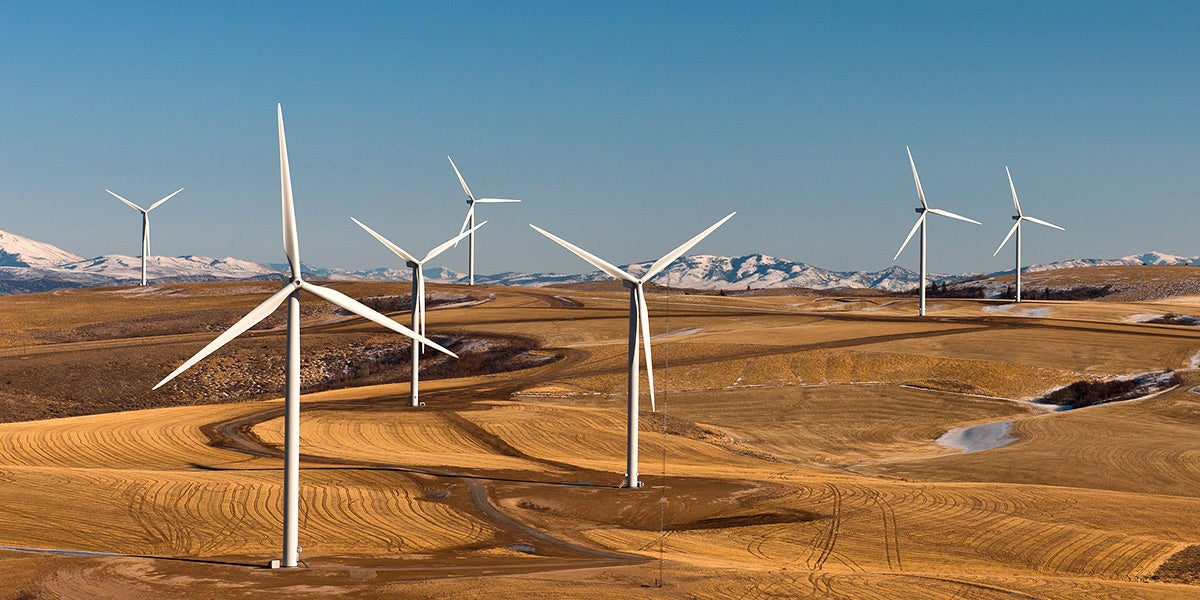 An aerial view of of the Power County wind farm in Power County, Idaho. U.S. Department of Energy / Flickr

A new letter asking Congress to end the wind production tax credit has ties to the Institute for Energy Research, a group that has received funding from the fossil fuel and utility industry and is a close ally of the Trump administration.

The Energy and Policy Institute downloaded a pdf of the letter from WindAction.org, an anti-wind website run by the New Hampshire-based Lisa Linowes. A look at the “Document Properties” seemed to identify “Chris Warren” as the “Author” of the file:

An individual named “Chris Warren” worked as the director of communications for the Institute for Energy Research (IER) from June of 2012 to May of 2017, according to Warren’s LinkedIn profile. While at IER, Warren worked to oppose the wind PTC.

The Energy and Policy Institute attempted to contact Warren via his LinkedIn account about this new anti-wind letter to Congress, but has not received a response yet.

Robert Bradley, the CEO and founder of IER, promoted the new letter, which he dubbed the “Linowes Letter,” in a post on his group’s blog MasterResource.org. IER has received funding from fossil fuel and utility interests, including the Koch network, coal producer Peabody Energy, and the Edison Electric Institute. The group also has strong ties to the Trump administration.

“I’m not sure I know who Chris Warren is?” Linowes said in response to an email from the Energy and Policy Institute.

“In any event, a Chris Warren had nothing to do with the letter,” she said.

Linowes claimed that she wrote the letter, and that no one helped to draft it.

Shortly after the Energy and Policy Institute emailed Linowes for comment, the pdf of the letter found on WindAction.org was replaced with a new version with “Chris Warren” removed from the “Author” section of the “Document Properties”: 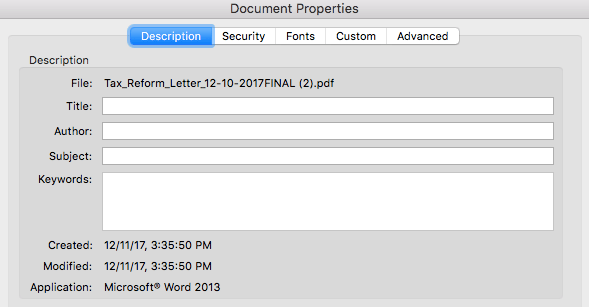 Robert Bradley of IER also linked to a related petition posted by Janna Swanson, an Iowa-based anti-wind activist, that’s so far been signed by more than 1,100 people.

“The letter that will be sent with this petition to the U.S. Congress on Tuesday Dec.12, 2017 can be seen through this link,” according to Swanson’s petition, which then provided a link back to the Linowes letter on WindAction.org.

Like an earlier letter from Tom Pyle, the president of IER and its affiliated organization the American Energy Alliance (AEA), the “Linowes Letter” goes beyond attacking the wind PTC, and also opposes a “carve-out” that would save the wind and solar power industry from the harmful Base Erosion Anti-Abuse Tax, or BEAT, provision found in the Senate version of the tax bill.

AEA/IER have a long history of teaming up with anti-wind activists against the wind PTC.

Chris Warren now works as a speechwriter for Texans for Greg Abbott, according to his LinkedIn profile. Warren’s new job began around the time that Governor Abbott signed a bill that made wind farms located near military facilities ineligible for property tax exemptions.

IER has promoted overblown claims about the impacts of wind turbines on military radar operations made by Linowes on MasterResource.org.

Linowes is one of the “Principals” who writes regularly for IER’s blog MasterResource.org, and her relationship with IER calls into question claims of independence found in the FAQ section of WindAction.org:

“WindAction is not funded in any way by others in the energy industry including coal, natural gas, nuclear power, or other renewable energy resources; nor are we affiliated with large political activists groups. Support for our efforts is entirely grass roots, coming from diversified environmentalists, energy experts, and ordinary citizens who share our concerns about industrial wind energy development.”

Asked if she has received funding from IER or AEA, Linowes responded, “No.”

Members of Congress who receive the “Linowes letter” should know about Linowes’ ties to the Institute for Energy Research, and the fossil fuel and utility interests that this group represents.