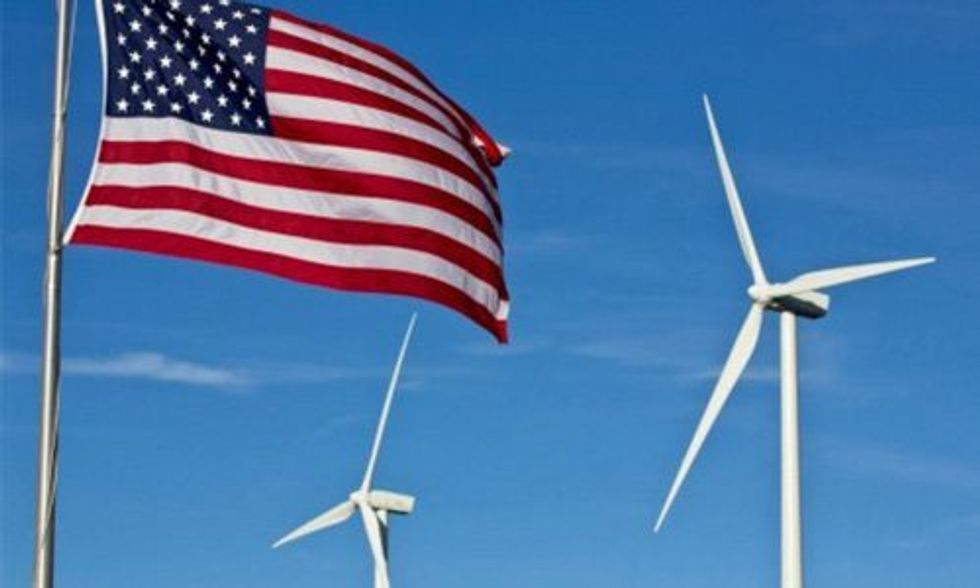 Wind power in the U.S. just hit a new milestone with 70 gigawatts of capacity installed across the country as of November. That's enough to power 19 million homes or meet the total electricity demand of Oklahoma, Nebraska, Kansas, Colorado and Wyoming, the American Wind Energy Association (AWEA) said Monday.

“This American wind power success story just gets better," Tom Kiernan, CEO of AWEA, said. “Wind energy is the biggest, fastest and cheapest way we can cut carbon pollution here in the U.S., and as wind power grows, so will savings for American families and businesses all across the country.”

The news comes just as world leaders reached a historic agreement to cut carbon pollution at the Paris COP21, which AWEA said, further increases "the demand for zero-emission wind energy."

The news also comes just days after Congress extended the production tax credit and alternative investment tax credit as part of the government spending bill. The tax credits, which have been crucial in the industry’s growth, will be extended for at least five years. The extension sent wind and solar stocks soaring last week.

Wind power reached 50 and 60 gigawatts in 2012 when the tax credit was in place, but growth temporarily stalled in 2013 as Congress let it expire. The extension provides a "predictable business environment needed to keep U.S. factories open and further scale up American wind power," AWEA said.

And while wind may still make up a small percent of the nation's electricity, that is rapidly changing.

"We're approaching 4.5 to five percent of total electricity use in the United States," Michael Goggin, senior director of research at AWEA, told NPR. "In 2007—just eight years ago—that figure was less than one percent."

And it's not just the tax credit that makes wind so appealing. Costs are down, too.

"The cost of wind energy is down by 66 percent—or two-thirds—since 2009," said Goggin, who credits new technology and economies of scale for the decreasing costs.

It's been an exciting year for wind power. Currently, there are more than 50,000 wind turbines operating in the U.S. at more than 980 utility-scale wind farms across 40 states and Puerto Rico. Construction began on America's first offshore wind farm off the coast of Rhode Island last spring. Texas wind farms were generating so much power this year that utilities were giving electricity away for free.

And there were two recent developments off the coast of Scotland. The world's largest floating wind farm got the green light and Donald Trump lost his fight against a wind farm being built near his Menie golf resort in Aberdeenshire, Scotland.

The future looks bright for wind, too. In a recent report, the U.S. Department of Energy projected that wind energy would double to make up 10 percent of the nation's electricity by 2020 and then double again to make up 20 percent by 2030. That kind of growth would generate 380,000 American jobs.

Also this year, the Department of Energy found that there is wind power potential in nearly the entire U.S., even in places that were previously thought to have insufficient wind to generate electricity. The agency reported that wind power could become the nation's leading electricity source (35 percent) by 2050.