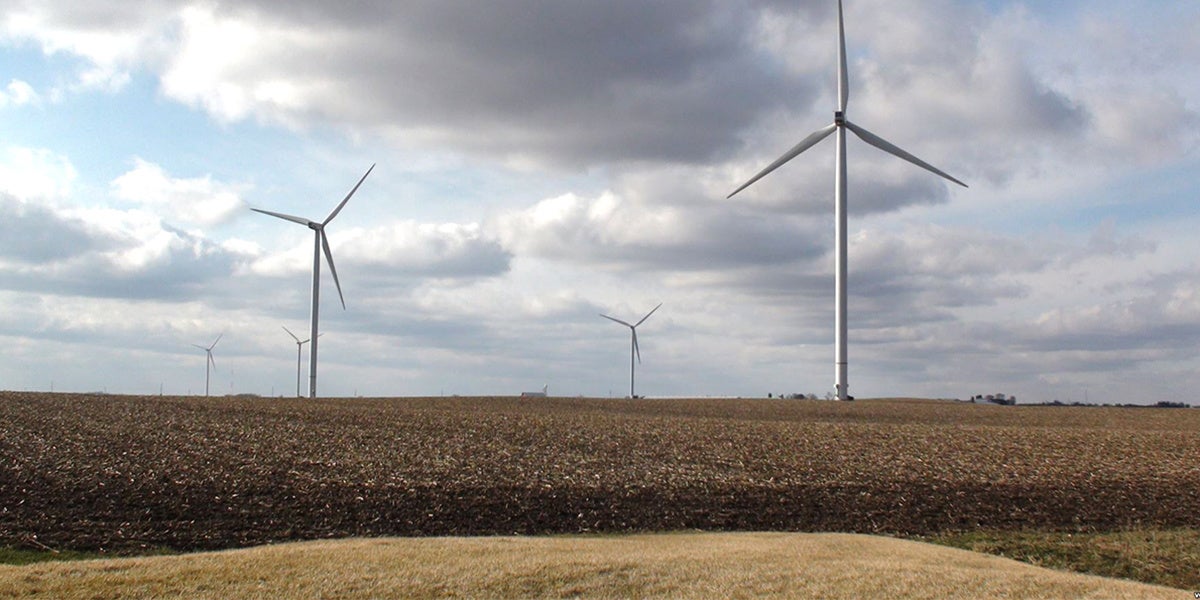 Wind power in rural Iowa, one of four states that gets 30 to 37 percent of its electricity from wind power. Voice of America

Four U.S. states generated 30 to 37 percent of their energy from wind power in 2017. That’s just one of the findings of the Department of Energy (DOE)’s annual Wind Technologies Market Report, released August 22.

Oklahoma, Iowa, Kansas and South Dakota were the leaders in terms of how much wind contributed to their state’s overall electricity generation, but 14 states got more than 10 percent of their in-state energy from wind power last year. Texas took the lead in added wind capacity, installing 2,305 megawatts worth.

The U.S. added the second most wind capacity globally in 2017 after China, but when it comes to the percentage of energy the U.S. generates from wind, the U.S. lags farther behind. While wind power meets around 48 percent of Denmark’s electricity demand, and around 30 percent of Ireland and Portugal’s, it accounts for only 7 percent of overall U.S. electricity demand in an average year.

“Wind energy prices–­particularly in the central United States, and supported by federal tax incentives–remain at all-time lows, with utilities and corporate buyers selecting wind as a low-cost option,” Ryan Wiser, a senior scientist at the Electricity Markets & Policy Group of Lawrence Berkeley National Laboratory, which prepared the report for the DOE, said in a press release.

One technological improvement helping the sector has been the development of bigger wind turbines. The average generating capacity of wind turbines installed in 2017 has risen 224 percent from what it was two decades ago.

The report predicted that wind power would continue to grow in the U.S. through 2020, in large part because of a production tax credit (PTC) that Congress extended for five years as part of the Consolidated Appropriations Act of 2016.

However, the report also thought that technological innovations, as well as state renewable energy policies, could boost wind power in the long term.