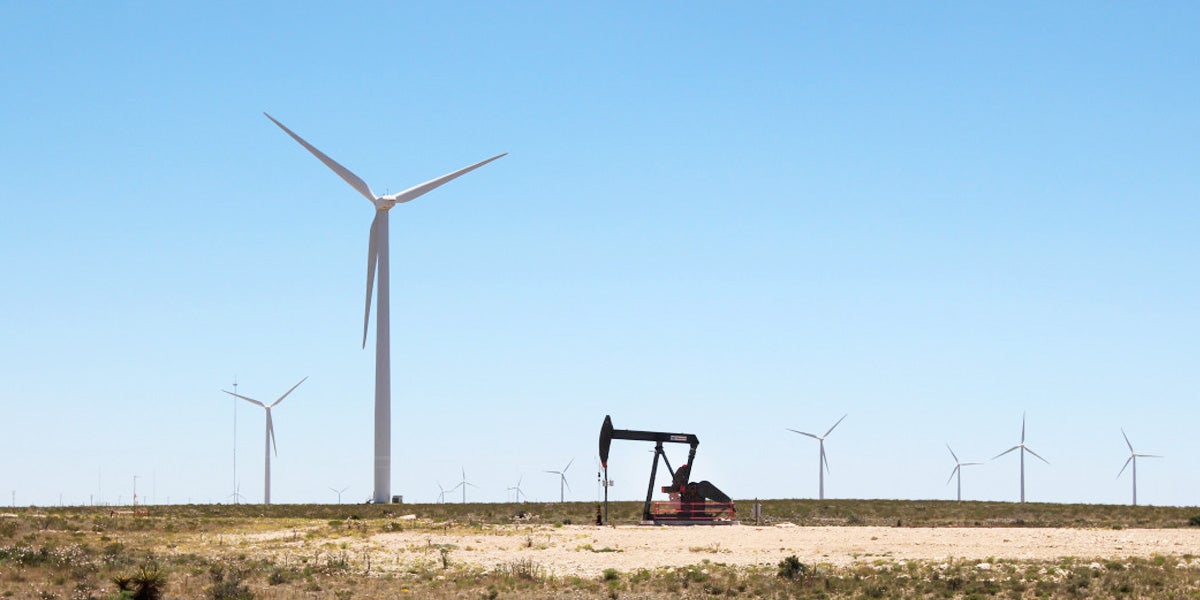 Two stories this week—both from Texas—illustrate the precarious nature of fossil fuel jobs and the economic power of renewable energy.

The first, published in the New York Times, shows how oil production is making a comeback in West Texas, but many of its jobs are not. Like manufacturing before it, the oil industry is undergoing a period of rapid automation. Tasks that once required an actual worker are now being performed by software and machines.

“I don’t see a future,” one worker, whose job laying cables was eliminated by wireless technology, told the Times. “Pretty soon every rig will have one worker and a robot.”

Automation is just the latest threat to labor in an industry where hiring has long been subject to the boom and bust cycle of commodity prices. Roughly 30 percent of oil workers nationwide lost their jobs when crude prices tanked in 2014, according to the Times. Falling prices forced oil firms to cut costs, replacing workers with labor-saving technology. Up to half of those jobs will not come back even as oil prices rebound, according to the paper.

The second story, from the Guardian, tells of ranchers making big money off of royalty payments from Texas wind power. A single turbine can produce between $10,000 and $20,000 a year for landowners.

“I never thought that wind would pay more than oil,” one landowner told the paper amid the thrum, thrum, thrum of rotating blades. “That noise they make—it’s kind of like a cash register.”

And it’s not just landowners making money. In Nolan Country, the tax base jumped from $400 million a year to $3 billion, largely as a result of wind power, according to the Guardian.

Because clean-power prices are generally set by decades-long contracts, renewables tend to produce a predictable flow of cash to public coffers. The oil industry, on the other hand, slashed the taxes it paid to state and local governments across Texas in 2016 by 40 percent from 2014—another drawback to an industry dependent on volatile commodity pricing. When oil is cheap, tax revenue dries up.While wind turbines provide a steady stream of income to local governments, the industry is not immune to automation. But, unlike oil, wind companies are adding jobs right and left. Last year, the number of wind jobs grew by 32 percent nationwide, according to the Energy Department. According to the Department of Labor, wind technician is the fastest growing occupation in the country.

Fossil fuel jobs may be well paid, but they are volatile and they are in decline. The growth is in renewable power.