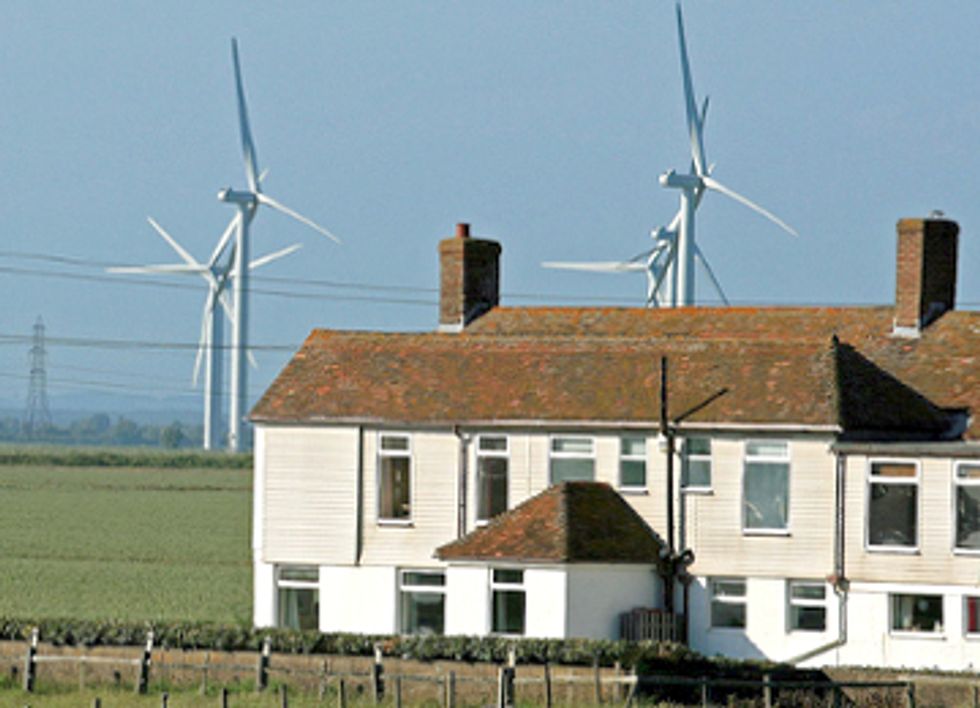 A new report released by the Lawrence Berkeley National Laboratory finds that wind farms do not, in fact, affect the property values of nearby homes. This 2013 study builds upon similar research conducted in 2009 and 2011 and various other studies that have focused on the subject.

To support their findings, the researchers considered nearly every single residential property sale within 10 miles of a wind farm (or site of a future wind farm) in the U.S. from 1996 to 2011 (and 2001—2012 in New York). To get the most accurate analysis, they used qualifier metrics to winnow the data to roughly 51,000 property sales in 27 counties in nine states, in proximity to 67 different wind facilities, sized anywhere from one to 150 turbines. In addition, they gathered specific data on the characteristics of the homes (square footage, year built, parcel size, etc.) and data on the characteristics of the wind facilities (number of turbines, potential amount of power generated, etc.).

After compiling and analyzing reams of data sets, the researchers found that there is no statistically significant difference in property values between close-to-turbine properties (within 0.5 mile and one mile) and more distant properties (3—10 miles away) in any phase of the project, whether it’s the pre-announcement phase; the post-announcement, pre-construction phase; or the post-construction phase.

In short, these two sentences from the report sum up its findings:

Across all model specifications, we find no statistical evidence that home prices near wind turbines were affected [...] There is no statistical evidence that homes in either the PAPC [post-announcement, pre-construction] or PC [post-construction] periods that sold near turbines (i.e., within a mile or even a half mile) did so for less than similar homes that sold between three and 10 away miles in the same period.

The extensiveness of the research in this report is important; had the study been just a simplistic analysis that ignores market factors such as size and age of home, it may have lead to the conclusion that wind turbine proximity decreases home value. Luckily, the research team that produced this report seems to have dotted all their “i”s and crossed all their “t”s.

As with any credible scientific research, there is a margin of error that is acknowledged and the researchers say that if property price effects do exist, it is because “either the average impacts are relatively small (within the margin of error in the models) and/or sporadic (impacting only a small subset of homes).” The margins of error in this study–which are necessary to keep the results statistically significant–were within five percent for homes within one mile of a wind site and within nine percent for homes within a half mile.

I think this report is of particular interest here on the coast, where offshore wind farms may face opposition from beachfront home owners concerned with their high-dollar property values. While the study does not analyze any offshore wind farms, it seems reasonable to extend its findings to be able to reassure coastal residents that property value effects needn’t be one more obstacle to building these job-creating, pollution-free energy sources.