Wind Energy for a Cleaner America 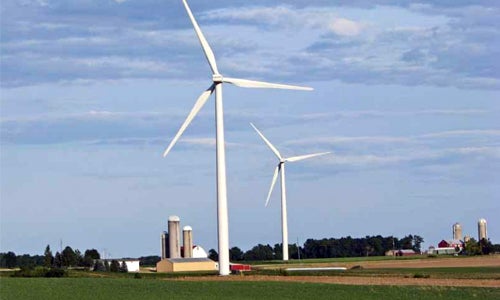 The U.S. should remain dedicated to wind power installations if it wants to realize a massive reduction in carbon dioxide emissions, a new report suggests.

The Environment America Research & Policy Center released its second Wind Energy for a Cleaner America report today as both a testament to the industry’s growth and a plea for Congress to extend the investment and production tax credits.

The organization says the U.S. would avoid the carbon dioxide equivalent of the 32 million passenger vehicles each year by 2018 if it continues to invest in offshore wind development and keeps up the pace of onshore capacity installations from 2007 to 2012. Installations have slowed at points during the last year and a half but wind generation has picked up briskly each year of the past decade-plus. 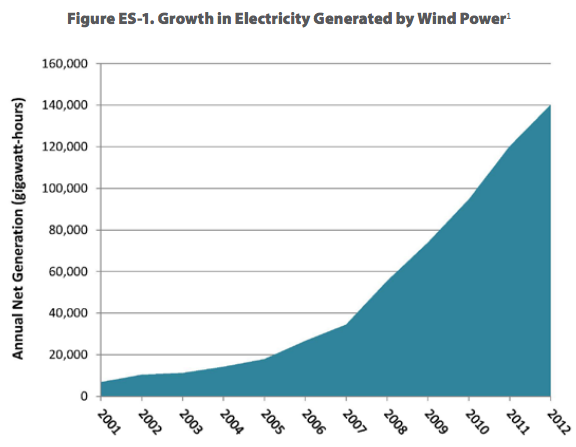 “America’s wind power capacity has quadrupled in the last five years and wind energy now generates as much electricity as is used every year in Georgia,” the report’s executive summary reads. “Thanks to wind energy, America uses less water for power plants and produces less climate-altering carbon pollution.” 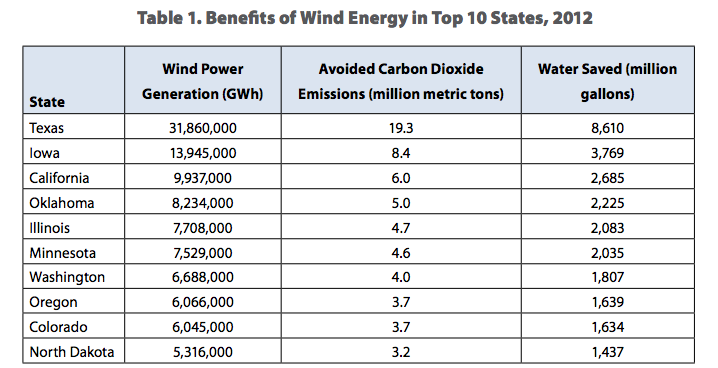 States like Iowa, South Dakota and Kansas have enough wind turbines for 20 percent of their electricity needs, which Environment America attributes to renewable energy policies and federal incentives. California is producing 9.9 million megawatt hours and is on pace for an 8 percent increase in wind production by 2018.

“California remains a national leader in the wind energy industry, in large part due to state policies including the Renewable Portfolio Standard,” said Senator Lois Wolk, whose district is home to numerous wind power plants. “If the state is to meet its renewable energy goals, as well as its goals for greenhouse gas reduction, it is vital that California continue to support this important and growing sector of our economy, which improves air quality, and promotes investment and job creation in my district and throughout the state.”

“Wind energy is improving our quality of life in America,” Julian Boggs, global warming program director for Environment America, said. “We cannot let polluters and their allies stand in the way of additional reductions in carbon, soot and smog pollution and water use. Congress needs to do whatever it takes to extend federal wind incentives as soon as possible.”