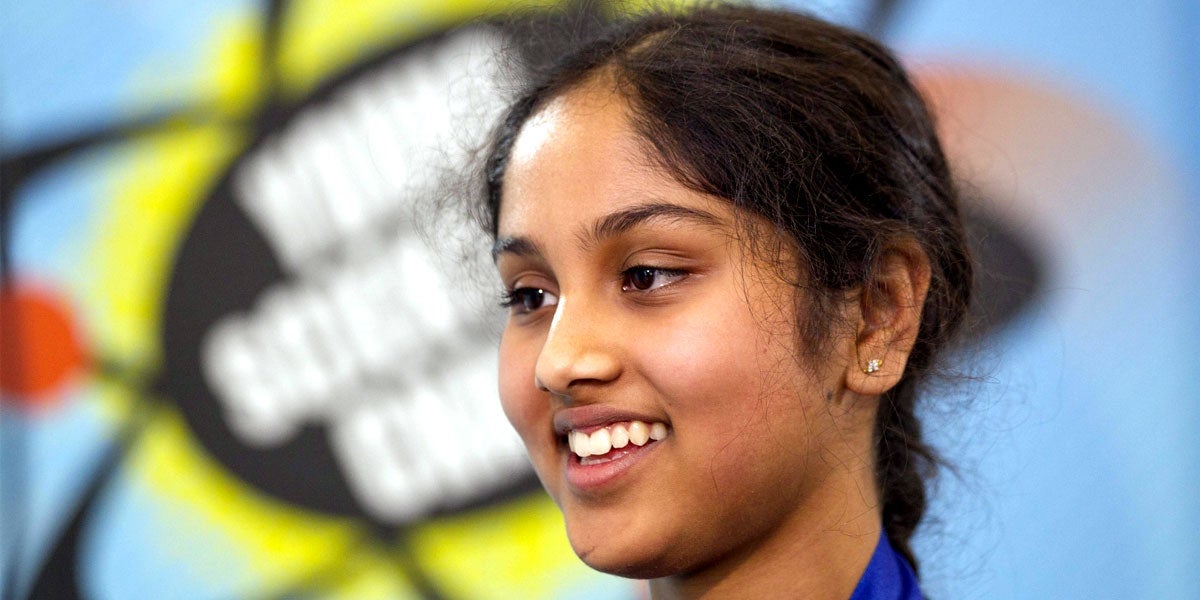 A 13-year-old student from Ohio won the top prize at the 2016 Discovery Education 3M Young Scientist Challenge Tuesday for developing a cost-effective device that uses solar and wind power to create energy. 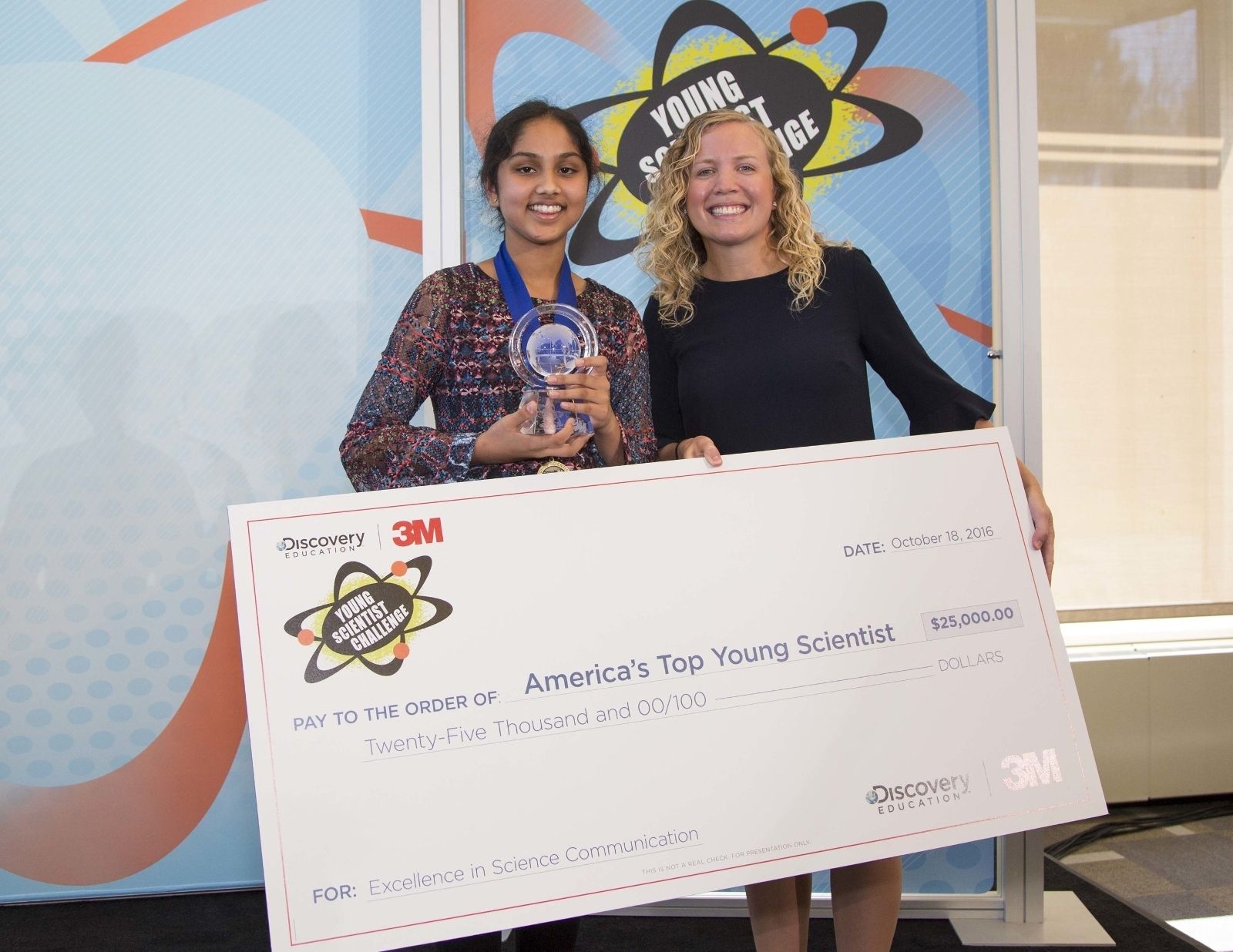 Maanasa Mendu, a ninth grader at William Mason High School in Ohio, said she was inspired by a visit to India where she discovered many people lacked basic life necessities such as clean water and lighting.

Mendu’s initial idea harnessed only wind energy when she entered the competition. According to Business Insider, the leaves cost roughly $5 to make.

During the past three months, Mendu worked with Margaux Mitera, a 3M senior product development engineer, to develop a more advanced system that was inspired by how plants function. Mendu decided to create “solar leaves” that harnessed vibrational energy. Her “leaves” get energy from rain, wind and the sun, using a solar cell and piezoelectric material—the part of the leaf that picks up on the vibrations—and transforms it into usable energy, Business Insider said.

Besides being named “America’s Top Young Scientist,” Mendu won $25,000 for her invention.

“Each year, the Discovery Education 3M Young Scientist Challenge reminds us of the inspiring ingenuity that results when we empower our youngest generation to apply science, critical-thinking and creativity to solve real-world problems,” said Bill Goodwyn, president and CEO, Discovery Education.

The second, third and fourth place winners each received a $1,000 prize and a trip to a taping of a show on Discovery’s family of networks for their inventions: