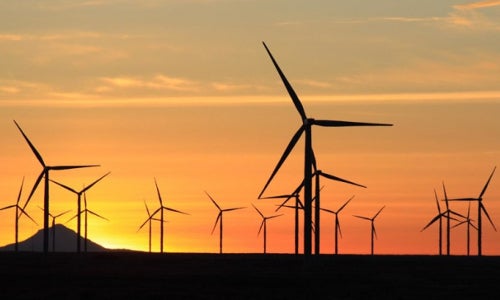 Wind power is one of the fastest-growing new sources of electrical power in the U.S.—the largest new renewable source of power since 2000. And within 35 years, it could be providing more than a third of the power in the U.S. 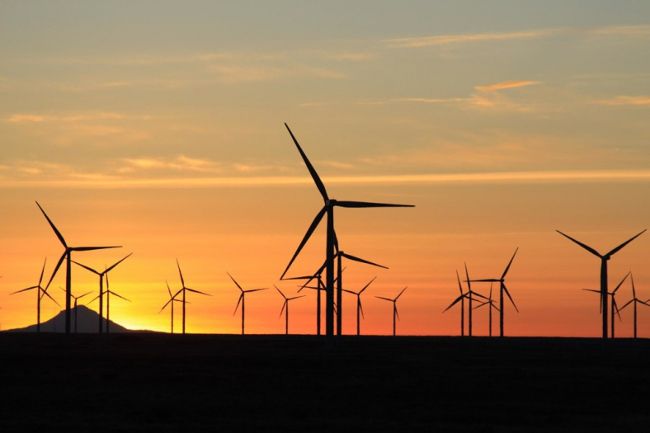 That’s according to a new report, Wind Vision: A New Era for Wind Power in the United States, released today by the U.S. Department of Energy (DOE) Wind and Water Power Technologies office. It updates a study released in 2008 under President George W. Bush, taking into account changes that have occurred in the energy industry since then, with improved technologies making wind more reliable and cost-effective. The 286-page report outlines the wind industry’s assets and the challenges it faces in its efforts to increase its share of the total energy portfolio, as well as the positive benefits for the public and the environment of doing so. It provides a key piece of President Obama’s Climate Action Plan.

“The wind industry can be characterized by the substantial growth of domestic manufacturing and the level of wind deployment seen in recent years,” says José Zayas, director of the DOE Wind and Water Power Technologies office. “Wind power systems are now seen as a viable and competitive source of electricity across the nation. Wind power’s emerging role is an important option in a portfolio of new energy solutions for future generations.” 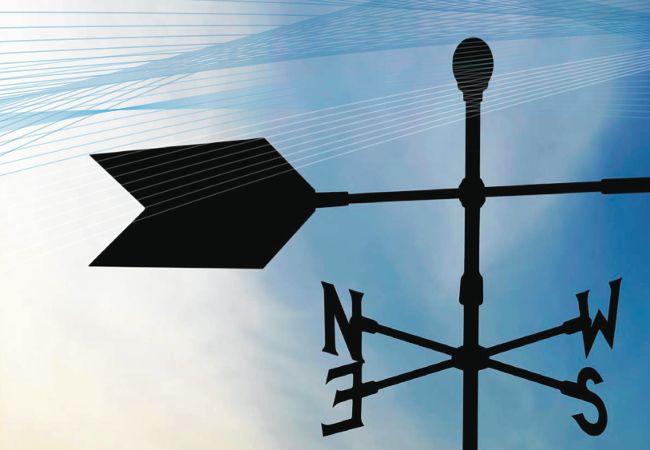 The report draws on the knowledge and research of industry groups, academics, research labs, state and federal government agencies, and non-governmental organizations including environmental groups to document the current state of wind energy in the U.S. and to assess its future viability of wind power as a leading energy source.

Although it pointed out some caveats—uncertain government policies on renewable energy, drop in overall demand for electricity, and the increasing supply and decreasing price of natural gas—it said that wind could be poised to produce as much as 35 percent of the electricity in the U.S. by 2050. Currently wind provides about 4.5 percent of the energy mix but the report says that’s expected to grow to 10 percent by 2020, reaching 20 percent—the goal set by the original 2008 report—by 2030. Realizing those levels, the report said, hinged on factors such as continued cost reductions, improved efficiencies, added transmission capacity, governmental policies friendly to the growth of the wind industry to attract investment and even improved weather forecasting.

“We can do this and save you money by doing it,” said Tom Kiernan, CEO of the American Wind Energy Association. “This definitive report provides the wind industry with aggressive targets for the growth of wind energy in America, and we stand ready to meet them. It starts with getting common-sense policies in place, so we can double U.S. wind energy in the next five years.” 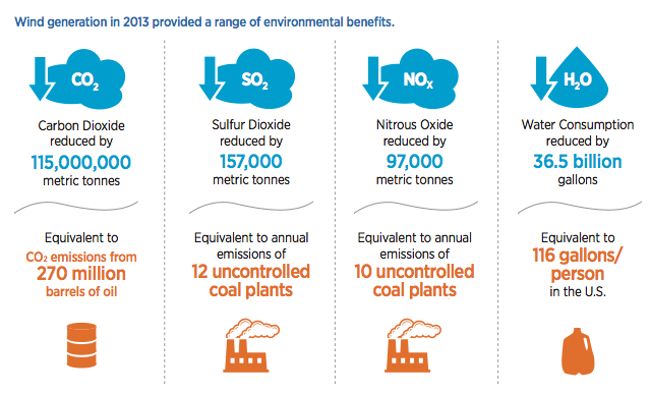 The environmental benefits of deploying wind power increase as its share of the energy mix increases. Image credit: U.S. Department of Energy

It’s already had a big environmental payoff. In 2013, wind power reduced water consumption by 36.5 billion gallons and cut carbon emissions by 115,000,000 metric tonnes. Under the projected scenario, those benefits would vastly increase.

“This report documents how wind energy already provides major economic and environmental benefits to America, including protecting consumers against energy price spikes, and making deep cuts in pollution and water use,” said John Kostyack, executive director of the Wind Energy Foundation. “As wind becomes one of the country’s top sources of electricity,Wind Vision promises even bigger benefits for decades to come.”

The report also pointed out the potential for huge job growth in the wind industry, which currently supports about 50,000 jobs. It said that number could grow by 230,000 by 2030 and, if the 35 percent goal is reached, produce another 600,000 jobs by 2050. By contrast, the number of jobs in the heavily defended coal-mining industry, which has successfully pushed for the repeal of renewable energy standards in Ohio and West Virginia, is under 100,000 and continues to decline steadily. Currently, wind power is produced in 39 states, with Texas the leading state. That would expand to all 50 states under the scenario projected by the report.

“The Wind Vision analysis demonstrates the economic value that wind power can bring to the nation, a value exceeding the costs of deployment,” says the report. “Wind’s environmental benefits can address key societal challenges such as climate change, air quality and public health, and water scarcity. Wind deployment can provide U.S. jobs, U.S. manufacturing, and lease and tax revenues in local communities to strengthen and support a transition of the nation’s electricity sector towards a low-carbon U.S. economy.”

“The stakes for the nation are high,” said Zayas. “I am confident that, with sustained leadership in innovation, U.S. wind power will continue to make a significant contribution to the ever-evolving energy landscape.”