For Species That Rely on Wind, Climate Change Won’t Be a Breeze 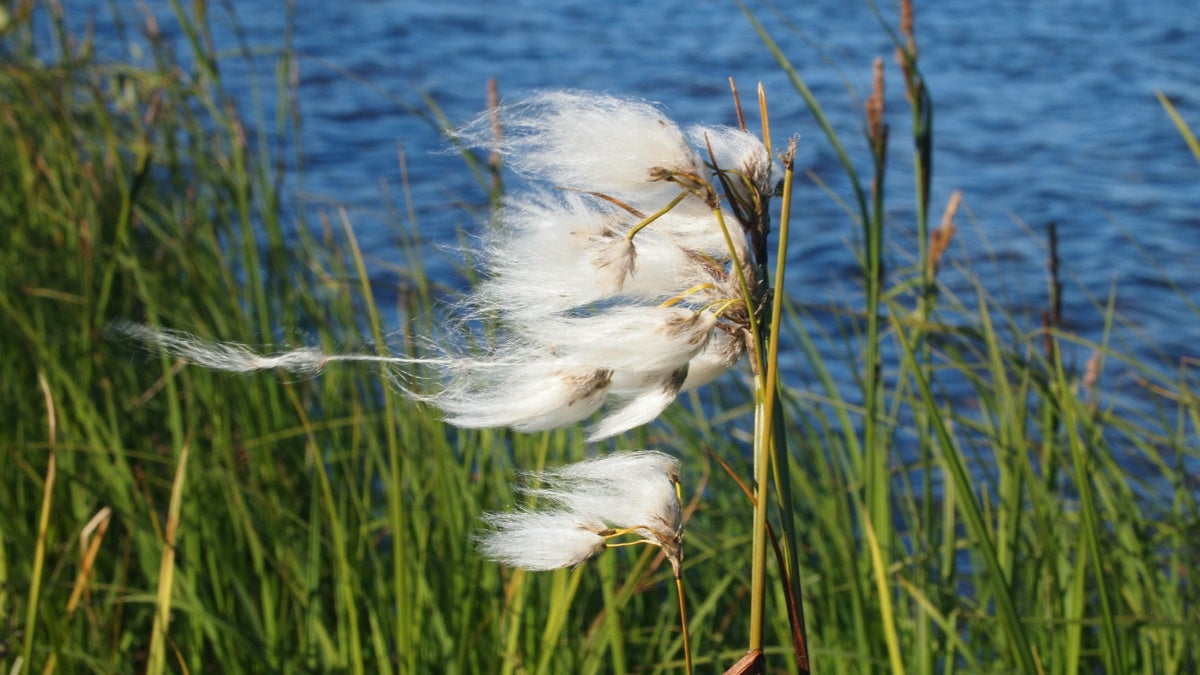 Cottongrass blows in the wind at the edge of Etivlik Lake, Alaska. Western Arctic National Parklands / Wikimedia Commons / CC by 2.0

Warming temperatures on land and in the water are already forcing many species to seek out more hospitable environments. Atlantic mackerel are swimming farther north; mountain-dwelling pikas are moving upslope; some migratory birds are altering the timing of their flights.

Numerous studies have tracked these shifting ranges, looked at the importance of wildlife corridors to protect these migrations, and identified climate refugia where some species may find a safer climatic haven.

“There’s a huge amount of scientific literature about where species will have to move as the climate warms,” says U.C. Berkeley biogeographer Matthew Kling. “But there hasn’t been much work in terms of actually thinking about how they’re going to get there — at least not when it comes to wind-dispersed plants.”

Kling and David Ackerly, professor and dean of the College of Natural Resources at U.C. Berkeley, have taken a stab at filling this knowledge gap. Their recent study, published in Nature Climate Change, looks at the vulnerability of wind-dispersed species to climate change.

It’s an important field of research, because while a fish can more easily swim toward colder waters, a tree may find its wind-blown seeds landing in places and conditions where they’re not adapted to grow.

Kling is careful to point out that the researchers weren’t asking how climate change was going to change wind; other research suggests there likely won’t be big shifts in global wind patterns.

Instead the study involved exploring those wind patterns — including direction, speed and variability — across the globe. The wind data was then integrated with data on climate variation to build models trying to predict vulnerability patterns showing where wind may either help or hinder biodiversity from responding to climate change.

One of the study’s findings was that wind-dispersed or wind-pollinated trees in the tropics and on the windward sides of mountain ranges are more likely to be vulnerable, since the wind isn’t likely to move those dispersers in the right direction for a climate-friendly environment.

The researchers also looked specifically at lodgepole pines, a species that’s both wind-dispersed and wind-pollinated.

They found that populations of lodgepole pines that already grow along the warmer and drier edges of the species’ current range could very well be under threat due to rising temperatures and related climate alterations.

“As temperature increases, we need to think about how the genes that are evolved to tolerate drought and heat are going to get to the portions of the species’ range that are going to be getting drier and hotter,” says Kling. “So that’s what we were able to take a stab at predicting and estimating with these wind models — which populations are mostly likely to receive those beneficial genes in the future.”

That’s important, he says, because wind-dispersed species like pines, willows and poplars are often keystone species whole ecosystems depend upon — especially in temperate and boreal forests.

And there are even more plants that rely on pollen dispersal by wind.

Kling says this line of research is just beginning, and much more needs to be done to test these models in the field. But there could be important conservation-related benefits to that work.

“All these species and genes need to migrate long distances and we can be thinking more about habitat connectivity and the vulnerability of these systems,” he says.

The more we learn, the more we may be able to do to help species adapt.

“The idea is that there will be some landscapes where the wind is likely to help these systems naturally adapt to climate change without much intervention, and other places where land managers might really need to intervene,” he says. “That could involve using assisted migration or assisted gene flow to actually get in there, moving seeds or planting trees to help them keep up with rapid climate change.”

Tara Lohan is deputy editor of The Revelator and has worked for more than a decade as a digital editor and environmental journalist focused on the intersections of energy, water and climate. Her work has been published by The Nation, American Prospect, High Country News, Grist, Pacific Standard and others. She is the editor of two books on the global water crisis. http://twitter.com/TaraLohan