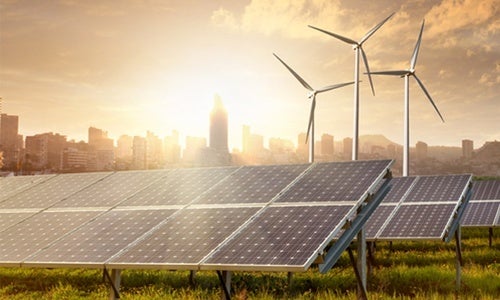 In what is becoming a frequent occurrence, if not predictable pattern, renewable energy sources once again dominate in the latest federal monthly update on new electrical generating capacity brought into service in the U.S. 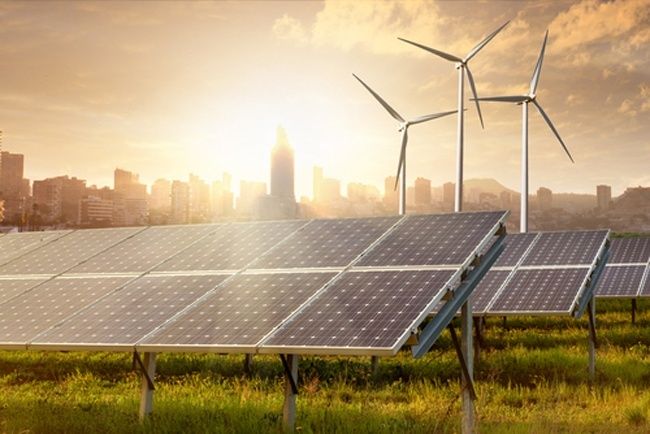 Wind and solar accounted for all new generating capacity placed in-service in April.

According to the recently-released “Energy Infrastructure Update” report from the Federal Energy Regulatory Commission’s (FERC) Office of Energy Projects, wind and solar accounted for all new generating capacity placed in-service in April. For the month, two “units” of wind (the 300-megawatt (MW) Hereford-2 Wind Farm Project in Deaf Smith County, Texas and the 211-MW Mesquite Creek Wind Project in Dawson County, Texas) came on line in addition to six new units—totaling 50 MW—of solar.
Further, wind, solar, geothermal and hydropower combined have provided 84.1 percent of the 1,900 MW of new U.S. electrical generating capacity placed into service during the first third of 2015. This includes 1,170 MW of wind (61.5 percent), 362 MW of solar (19.1 percent), 45 MW of geothermal steam (2.4 percent) and 21 MW of hydropower (1.1 percent). The balance (302 MW) was provided by five units of natural gas.
FERC has reported no new capacity for the year-to-date from biomass sources nor any from coal, oil or nuclear power.
The total contribution of geothermal, hydropower, solar and wind for the first four months of 2015 (1,598 MW) is similar to that for the same period in 2014 (1,611 MW—in addition to 116 MW of biomass). However, for the same period in 2014, natural gas added 1,518 MW of new capacity while coal and nuclear again provided none and oil just 1 MW. Renewable energy sources accounted for half of all new generating capacity added in 2014.
Renewable energy sources now account for 17.05 percent of total installed operating generating capacity in the U.S.: water—8.55 percent, wind—5.74 percent, biomass—1.38 percent, solar—1.05 percent and geothermal steam—0.33 percent (for comparison, renewables were 13.71 percent of capacity in December 2010—the first month for which FERC issued an “Energy Infrastructure Update”).
Renewable energy capacity is now greater than that of nuclear (9.14 percent) and oil (3.92 percent) combined. In fact, the installed capacity of wind power alone has now surpassed that of oil. In addition, total installed operating generating capacity from solar has now reached and surpassed the one-percent threshold—a ten-fold increase since December 2010.*
“Members of Congress and state legislators proposing to curb support for renewable energy, such as Renewable Portfolio/Electricity Standards and the federal Production Tax Credit and Investment Tax Credit, are swimming against the tide,” noted Ken Bossong, executive director of the SUN DAY Campaign. “With renewable energy’s clear track record of success and the ever-worsening threat of climate change, now is not the time to pull back from these technologies but rather to greatly expand investments in them.”
*Note that generating capacity is not the same as actual generation. Electrical production per MW of available capacity (i.e., capacity factor) for renewables is often lower than that for fossil fuels and nuclear power. According to the most recent data (i.e., as of February 2015) provided by the U.S. Energy Information Administration (EIA), actual net electrical generation from renewable energy sources now totals 13.4 percent of total U.S. electrical production; however, this figure almost certainly understates renewables’ actual contribution significantly because neither EIA nor FERC fully accounts for all electricity generated by distributed renewable energy sources (e.g., rooftop solar).
YOU MIGHT ALSO LIKE