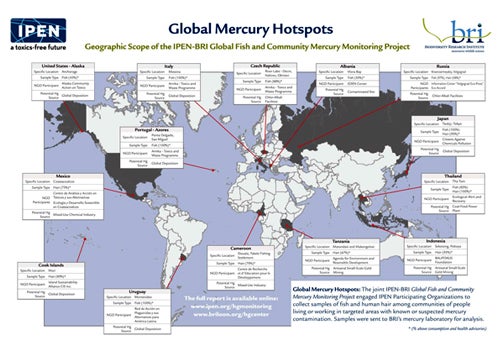 Delegates arrived at the Geneva International Conference Center this morning for regional meetings before tomorrow’s start of the mercury treaty negotiations.

Most of these regional meetings were closed. Of those that were open, the news is that European Union, Central Eastern Europe and Asia Pacific support the name of “Minamata Treaty.” But will they ensure that the treaty will be sufficient to prevent mercury poisoning from occurring around the world? 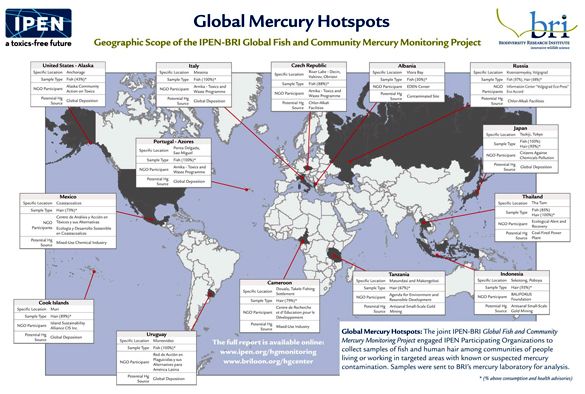 At a lunchtime panel, world-renowned Professor Dr. Philippe Grandjean stated mercury poisoning is “even more devious” than that experienced by Minamata victims. This is evident in new reports emerging on the dangerous levels of mercury in the fish that we consume around the world—and that are poisoning our bodies. Moreover, Professor Grandjean highlighted the annual global economic costs due to mercury pollution to be $10-20 billion based on lost IQ.

We need a mercury treaty that works toward the overall reduction and elimination of mercury pollution. Right now, there are many ways to avoid reducing mercury emissions in the current text. For example, countries could completely avoid any obligations by simply building many small coal-fired power plants, cement kilns or incinerators below the currently low thresholds for mercury emissions. Furthermore, many sources of mercury releases to land and water, including coal-fired power plants and artisanal and small scale gold mining, are not even currently listed.

In Geneva, international public interest groups are concerned that political will is low, based on the current text, to produce a treaty that will be sufficient in protecting our health and environment from mercury pollution. Financial commitments to reduce and control mercury pollution may be the final breaking point. Without financing for the treaty, there will be no treaty, no matter how much it protects industries interests. This may be resolved by the end of the week, possibly in the early morning of next Saturday. Stay tuned!