Will the Dismal Jobs Report Give New Life to Keystone XL? 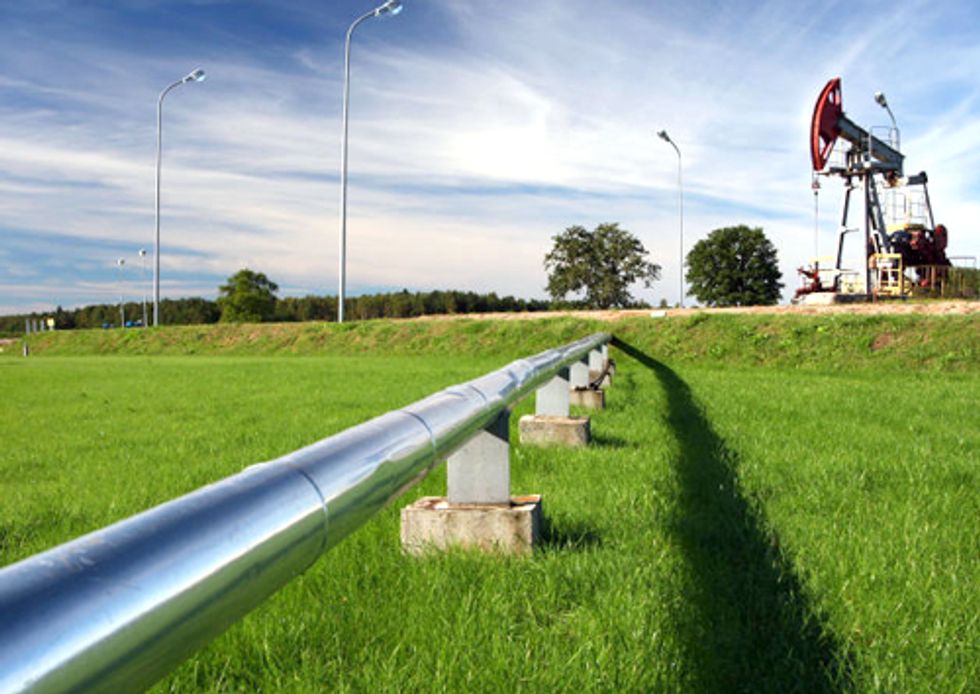 While the debate over the Keystone XL pipeline might have disappeared from the front pages in the last few weeks, the battle is still raging. And a grim jobs report for the month of May might just be the catalyst that Keystone proponents have been looking for to renew their push for the disastrous plan.

Ignoring the fact that, even though fewer jobs than predicted were added in May, we’ve now seen 26 consecutive months of job growth, Republican politicians have already jumped on the less-than-stellar report as an attempt to paint President Obama as a failure at creating jobs. With this attack, expect to see the dirty energy industry beating the drum for a quick approval of the Keystone XL pipeline.

In fact, those drum beats can already be heard coming from industry friendly think tanks. The Institute for Energy Research (IER) has created a page on their website strictly devoted to touting the many “benefits” of the Keystone XL pipeline. One of the main arguments in favor of the pipeline is the massive amount of American jobs that will be created by its construction, a claim that, even if true, would not be close to being worth destroying some of our nation’s largest and most important aquifers.

IER claims that the lack of approval for Keystone XL is costing America $70,000,000 every single day. They base this on the amount of oil that we’re buying from foreign countries, instead of “getting it from home” via the Keystone pipeline. First of all, the Keystone pipeline would bring oil to the U.S. from Canada, who is already our largest oil supplier. Secondly, adding the pipeline would not make a single cent’s worth of difference in our cost of energy in a positive way, and most analysts say that the pipeline would actually increase the cost of energy in the U.S. But now that gas prices are easing up a bit in the U.S., the real push for Keystone will come from the “job creation” myth peddlers.

The right wing media in America has been one of the strongest advocates for the construction of Keystone XL, based mostly on the job creation claim. IER’s website tells us that the pipeline would create 20,000 new jobs in America, almost overnight. This is a point we’ve debunked numerous times in the past here at DeSmogBlog, and a point that TransCanada, the owner of the pipeline, has admitted has been wildly overstated.

The real number of jobs that would be created by the pipeline, at the most optimistic, is closer to about 6,000, not the 20,000 that IER wants us to believe. Some estimates say that the number of jobs would be between 3,500 and 4,000. So what would these few thousand additional American jobs look like?

The current unemployment rate (from April) is 12.5 million workers. The real number of available Keystone jobs would change our unemployment rate by a whopping .048 percent, or less than half of one-tenth of one percent.

The real way to make an impact on the job situation in America is to actually implement and enforce water, air and other environmental safety standards, which have already created more than half a million jobs nationwide in the last few years, with other jobs just waiting to be created if Congress allows standards to be enforced.

But it is no surprise that groups like the Institute for Energy Research are pushing the pipeline instead of safety standards—IER is funded by groups like Koch Industries and Exxon, and was behind a recent push to warn people of the “dangers” of wind energy.

Unfortunately, the recent jobs report from May (again, we still gained jobs, just not as many as analysts predicted) will give anti-environmental Republicans the upper hand in the political arena. House Minority Leader Nancy Pelosi has already said that the jobs numbers show that we need to pass a meaningful transportation bill, apparently without remembering the fact that Republicans are trying desperately to tack approval of Keystone XL onto that very piece of legislation.

This will put President Obama in a tough position. He will have to choose between what’s best for the country, and what’s best for the dirty energy industry, the face of a growing call for action on the jobs issue. And while he has given us one victory over the pipeline recently, his track record shows that it is very likely he could capitulate to both industry and Republican pressure.

After all, this is the same president who, in the immediate aftermath of the BP oil disaster, put a moratorium on offshore drilling, and then lifted the moratorium and began permitting new wells in the Gulf of Mexico at an unprecedented pace. History is not the side of the environment, so we have to hope that the president is.