Will the Colorado River Get Fracked? 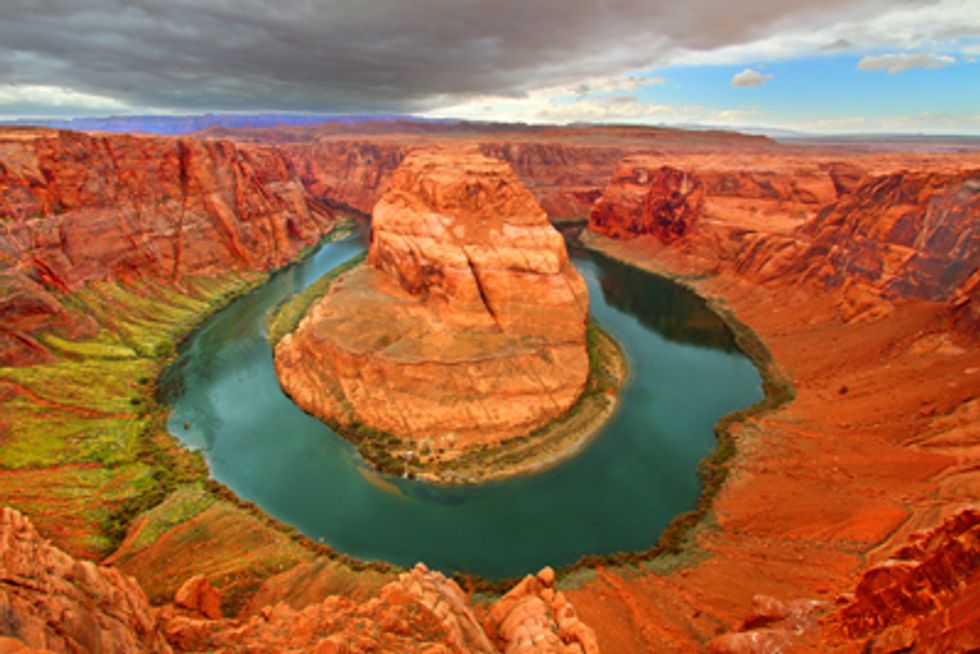 Two months ago a story started ‘leaking’ out of Western Colorado about a fracked-gas pipeline break—loaded with cancer-causing benzene—with fluids heading toward and eventually into Parachute Creek which is a tributary to the Colorado River. As water wells close to the Creek started testing positive for benzene, and then as the Creek itself tested positive for benzene above drinking water standards, the news media started telling a story of how the Colorado River—a drinking water source for 35 million people across the Southwest U.S.—was threatened. As of this writing the leak is still not cleaned up and the creek is still testing positive for benzene.

This one leak may be the tip of the iceberg for fracking impacts in the Colorado River basin.

Across the Colorado River basin in Colorado, Wyoming, New Mexico, Utah and in Southern California, a huge boom in natural gas and oil exploration and drilling—all using the extremely dangerous and controversial extraction method of fracking—is taking place that is increasingly imperiling water resources. Fracking has these impacts on water resources:

Here’s a quick summary of drilling and fracking activity in the Colorado River basin:

Wyoming: Wyoming has thousands of oil and gas wells in and around the Colorado River headwaters of the Green River, and is planning for thousands more. Wyoming is home to one of the most famous and controversial cases of groundwater contamination due to fracking and drilling, in Pavillion in the southwestern part of the state, and is also known to have worse drilling-related air quality than Los Angeles. Drilling has decimated the landscape in the Green River valley, seriously impacting water runoff and wildlife habitat.

Colorado: Colorado’s growing population has already stretched water supplies thin, but fracking is on track to help drain the last legally allowed drops of water out of the Colorado River’s headwaters. Colorado currently has more than 40,000 active oil and gas wells, and is planning for up to 100,000—although many of those are on the Front Range, Colorado River water is piped under and across the Continental Divide to serve those wells, as well as to serve the thousands of wells in the Western part of the state in the Colorado River basin. About 60 percent of all waste is injected into deep disposal wells, and thousands of “spills and releases” have impacted groundwater and surface water throughout the state. Two Colorado cities have banned fracking and over a dozen have placed a moratorium on fracking.

Utah: All of the same drilling and fracking chaos in Colorado and Wyoming has also occurred in Utah which has been on a “fracking frenzy,” with plans for thousands of more wells, many in the Colorado River basin, and some near and right beside the Colorado River on vast swaths of publicly owned land. Some of the ground-breaking science around climate-change causing methane leakage has occurred in Utah which currently has 11,000 producing oil and gas wells statewide.

New Mexico: New Mexico has more than 50,000 oil and gas wells and is drilling about 1,500 new wells per year, most of them fracked and the majority of which are in the Colorado River basin in northwest New Mexico. Industry spokespeople say New Mexico is in the “early stage of the shale play” as new hydraulic fracking technology has opened up hundreds of thousands of acres of public land for exploration and drilling. Of note, a bill was just killed in the state legislature to ban fracking, and Mora County New Mexico just recently passed a ban on fracking.

Nevada: Almost all of Nevada is outside of the Colorado River basin and there’s currently only about 1,000 active oil and gas wells in the state, so fracking is not a huge issue for Nevada as it relates to the Colorado River. However in the northern part of the state, fracking proposals are moving forward, and because Nevada is a very parched state with internal water wars between Las Vegas and areas to the north, it is unpredictable how fracking could play out.

Arizona: There are very few active oil and gas wells in Arizona, almost no new prospecting, and virtually no fracking at this time.

California: California’s current and future fracking potential is huge with more than 50,000 active oil and gas wells (mostly oil) and potential for “major shale oil plays” in the Monterey Shale adding up to 28,000 new wells. Where the water will come from to frack these wells is a big question that activists and academics are already grappling with. The state legislature is considering bills to put a statewide moratorium on fracking, and environmental groups are girding for a large-scale battle. Colorado River water supplies—which are used by all of Southern California’s cities and millions of acres of farmland—will surely be used if and when California moves forward with massive fracking.

Northern Mexico: The Colorado River serves water to the Mexicali region and to northern Baja, Mexico. At this time there is no current or proposed fracking in these regions of Mexico.

So, there’s two big take-home messages from all of this, with water quantity and water quality.

Water quantity: Over the next few decades we may see 100,000 new fracked wells in the Colorado River basin or in areas like California and the Front Range of Colorado that are dependent on Colorado River water. With an estimate of up to 4 million gallons of water per well, those new frack jobs would require 400 billion gallons of water. In an average year, the total flow in the entire Colorado River system is more than ten times greater, about 5 trillion gallons of water. But more importantly, given that all of the Colorado River’s water is already allocated—the river is drained completely dry before it reaches the Gulf of California, all 5 trillion gallons diverted out—the only way large-scale fracking is going to take place is if some city or farmer that already owns Colorado River water sells their water for fracking. Stated differently, fracking is a new and additional water requirement in a system where there’s no water left, and frackers can afford pay practically any price for water and outbid cities or farms when water is for sale.

Water quality: Waste disposal and water pollution are also serious concerns, as depicted by the harbinger in Parachute Creek. With up to two hundred thousand wells, tens-of-thousands of miles of pipes, hundreds of compressor stations and dozens of large-scale processing and refining plants all in Colorado River basin, the chances of spills and accidents are increasing. Disposing of hundreds of billions of gallons of toxic waste in deep injection wells creates unknown risks too—in many ways, the disposal of fracking wastes is much like the disposal of nuclear wastes where government regulators are putting the cancer-causing waste slurry deep underground and hoping it stays there forever. Could just one of these accidents create a large-scale disaster?

When benzene was detected in Parachute Creek about four miles from where the Creek flows into the Colorado River, a spokesperson for the State of Colorado said it was “not a concern” because the increased flow in the Colorado River would dilute the benzene and make the Colorado River water safe to drink. Local citizens were not convinced and complained loudly in the media, and a downstream town on the Colorado River started testing their water for benzene which is extremely difficult to remove from groundwater once the pollution has occurred.

Can we really afford to let the Colorado River get fracked?