Will Taxpayers Foot the Bill for Damaging River Deepening Project? 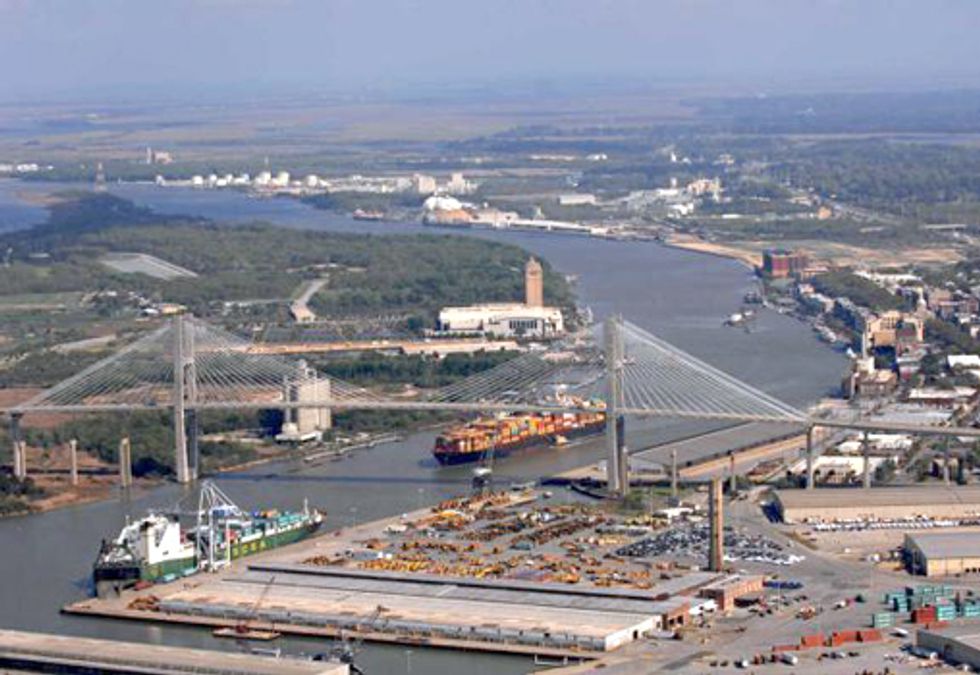 The U.S. Army Corps of Engineers' (Corps) flawed final analysis shows that the proposed deepening of the Savannah River in Georgia would be a $650 million waste of valuable public resources and leave the river forever dependent on giant mechanical lungs, according to comments submitted on June 5 to the Corps by the Southern Environmental Law Center. The law center submitted comments on behalf of the Savannah Riverkeeper, South Carolina Coastal Conservation League, South Carolina Wildlife Federation, National Wildlife Federation and Center for a Sustainable Coast.

In its Final Environmental Impact Statement, the Corps continues to assert that deepening the Savannah River has nothing to do with maintaining or increasing business for the Savannah port terminal contrary to claims made by the Georgia Ports Authority. If the terminal’s business is unaffected by the proposed deepening and would continue to grow without it, the conservation groups point out that spending $650 million—much of it in taxpayer funds—to deepen the river and irreparably harm the river system is unnecessary and wasteful.

If the Georgia Ports Authority and its supporters are right that deepening is needed to grow its underlying business, then the Corps’ underlying assumption is incorrect and the Corps’ analysis must be redone as it fails to examine the environmental impact and risks of a busier port.

The conservation groups also highlight the need for a competitive comparison of deepening Atlantic ports before this project is permitted to ensure the best investment of public funds and minimize damage to natural resources and misspending.

Until the Corps fully analyze regional deepening alternatives for accommodating the larger class of container vessels, $650 million should not be sunk into deepening a 38 mile stretch of the Savannah River.

The proposed river deepening itself raises substantial concerns over harm to the river system and life dependent on its health. Among the major concerns of deepening are lower oxygen levels in the river that compromise river life and create complications for industrial dischargers upstream and seasonal dead zones compounded by salt water intrusion further into the river.

Given the expected damage from lower oxygen levels after deepening, the Corps’ plans to put the Savannah River forever on giant mechanical respirators—known as Speece cones—that inject oxygen into the river.

“The Corps’ report sinks itself, under the weight of fundamental flaws for a proposal to waste $650 million on putting the Savannah River on life support for no benefit to port business,” said Chris DeScherer, a senior attorney with the Southern Environmental Law Center who represents the groups. “Until the Corps assesses the best regional bang for federal taxpayer buck, it’d be irresponsible to move forward with this $650 million deepening that will result in significant damage to the river and communities.”

“The disagreement between the Corps report and the GPA’s public statements highlights how broken this process has become,” said Steve Eames, director of the S.C. Coastal Conservation League’s South Coast Office. “It’s incumbent on the GPA with the Corps to explain why their economic growth projections for 47 feet justify the level of environmental damage the Corps findings indicate will occur: there remain many unanswered questions.”

“Decisions about this project are premature at best and, as a result, proceeding without preparation and review of extensive additional information would waste millions of dollars in tax-payer’s money and be environmentally irresponsible,” said David Kyler, executive director of the Center for a Sustainable Coast. “SELC’s comments on the EIS are extremely well-considered in defending the public interest on a wide array of issues raised by the Savannah harbor deepening."