Tomorrow, Vermont’s historic GMO labeling law goes into effect. This is the first law enacted in the U.S. that would provide clear labels identifying food made with genetically engineered ingredients. Indeed, stores across the country are already stocking food with clear on-package labels thanks to the Vermont law, because it’s much easier for a company to provide GMO labels on all of the products in its supply chain than just the ones going to one state. 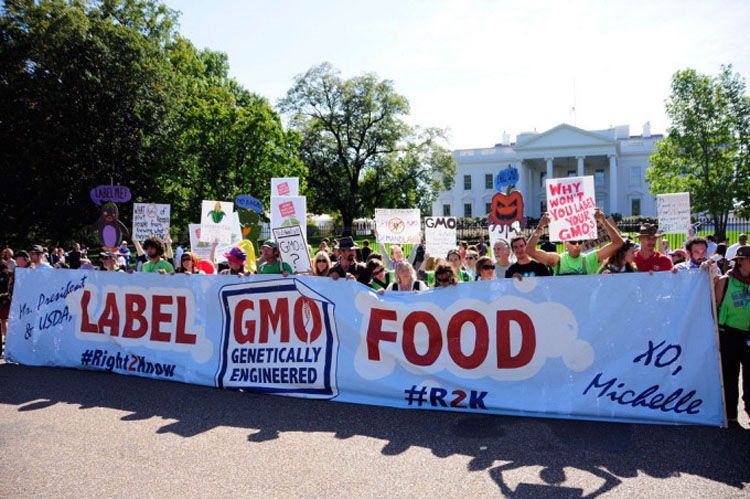 But this victory may be fleeting. The Senate will vote next week on a federal bill that would nullify Vermont’s law and other state labeling efforts percolating, thanks to the heavy hand the ag-biotech industry wields over our congressional representatives.

With a vote for this so-called “compromise” bill, Congress would effectively be pulling transparent GMO labels from grocery stores. This legislation is in effect a voluntary disclosure bill since there are no penalties for companies that decide not to comply with the mandate to provide even the most meager disclosure mechanisms, like QR codes or 1-800 numbers. And the definition of GMO in the bill is so flawed that many products containing GMOs would not be covered.

The Senate should not vote to roll back the popularly enacted Vermont law and replace it with a giveaway to the agriculture industry. The majority of Americans support labeling for GMOs and will hold their elected officials accountable if they vote to strip away transparency about how their food is produced. We urge the Senate to reject this bill.