Will Rio+20 Deliver on Fast-Tracking to a Greener Economy? 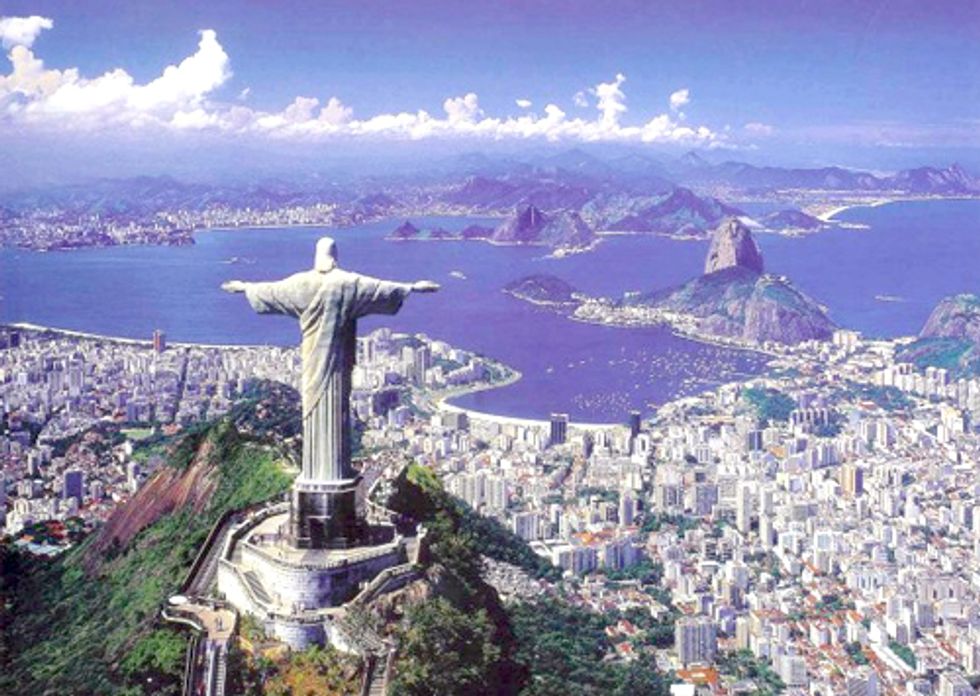 A transition to a green economy could lift millions of people out of poverty and transform the livelihoods of many of the 1.3 billion people earning just a US$1.25 a day around the world, but only when supported by strong policies and public- and private-sector investments.

These are the findings of a new report, Building an Inclusive Green Economy for All, launched June 14 at the Rio+20 summit by the Poverty-Environment Partnership (PEP), a network of bilateral aid agencies, development banks, UN agencies and international NGOs. The report finds that many developing and least developed countries are already pursuing a transition towards low-carbon, resource efficient economies.

Scaling-up current examples of the green economy in action—particularly in developing countries—has the potential to deliver a ‘triple bottom line’ of job-creating economic growth, environmental sustainability and social inclusion, says the report.

But targeted investments and governance reforms are needed to overcome current barriers that are preventing many poor communities from fully benefiting from a green economy.

The new report finds that many Least Developed Countries, as well as many poor regions of middle income countries, are actually richly endowed with the natural resources that would allow them to build green economies that can sustainably reduce poverty.

“Many least developed and developing countries and communities are seizing the opportunity to bring economy and ecology together in order to generate transformational social outcomes,” said Achim Steiner, UN under-secretary general and executive director of the UN Environment Programme (UNEP), a PEP member, at the launch of the report in Rio de Janeiro.

“The challenge for world leaders meeting here at Rio+20 is to forge and to back the enabling policies, catalytic financing, and social protection packages in order to fast forward these ambitions and to take them to scale.”

The new report argues that large numbers of least developed countries and poor regions of middle income countries are actually richly endowed with the natural resources needed to underpin a green economy transition as a pathway towards realizing sustainable development.

“By embracing an inclusive green economy, leaders in Rio have a rare opportunity to improve the lives of millions of people and usher in a new era of sustainability,” said Manish Bapna, acting president of the World Resources Institute, which co-ordinated the study.

“Shifting to an inclusive green economy will not happen on its own. It requires smart government policies and strong leadership. This report presents a bold vision for a green economy that can tackle poverty and inequality, and, importantly, it offers concrete and practical building blocks to make this transition.”

The report cites many strong examples of developing countries that are already successfully shifting to a green economy. For example:

On the international level, the development of Reduced Emissions from Deforestation and Forest Degradation (REDD or REDD+) also offers potential for poverty eradication if accompanied by rigorous social safeguards especially for local and indigenous people. For example, in Indonesia, a US $1 billion REDD+ investment by Norway has led to a one year moratorium on logging in Kalimantan, has the potential to safeguard 45 percent of the province’s forests, while providing new livelihood and income opportunities for local people.

Many low and middle-income countries are rich in resources for ecotourism; a sector that is projected to generate revenues of US $240 billion in 2012. Much of this growth is in developing countries as diverse as Botswana, Belize, Brazil, Costa Rica, Gabon, Kenya and Nepal.

Least developed countries with less developed infrastructure, particularly in urban areas, can benefit from an inclusive green economy with the right enabling policies and targeted international investments in areas from energy efficiency and clean technologies to modern public transportation systems.

Such efforts can also serve to boost the creation of decent, green jobs. In Lagos, Nigeria, public-private partnerships to improve the city’s infrastructure, reduce congestion and upgrade slums have helped create around 4,000 environment-related jobs among unemployed youth.

Regarding health, environmental risk factors are the cause of around one-fifth of the total disease burden in developing countries, and a large proportion of childhood deaths.

Many green economy investments have the potential to deliver significant benefits for human health. For example, supporting clean fuels and vehicles will lower greenhouse gas emissions, while also reducing respiratory diseases. Similarly, investing in cleaner energy for households in developing countries, such as through more efficient cookstoves, can reduce dependency on wood fuel and tackle deforestation, while limiting exposure to indoor air pollution.

The report underlines that the private sector, including large multinationals and small- and medium-sized enterprises, along with non-governmental organizations have a key enabling role too.

“There is strong evidence that a transition to a low-carbon, resource-efficient green economy could hugely benefit the poor while helping preserve vital ecosystem services,” said Johan Kuylenstierna, executive director of the Stockholm Environment Institute, a PEP member and co-author of the report.

“The challenge at Rio+20 is to make strong international commitments that will ensure the green economy can grow and flourish, with both public- and private-sector support. We also need to adopt policies to protect the vulnerable as their economies make this transition, and to ensure that the benefits of the green economy are fairly and equitably distributed.”

“In the Asia-Pacific region, the twin tracks of investing in sustainable inclusive infrastructure and the sustainable management of critical ecosystems to support future economic development can make a huge impact on the welfare of the poor—in both urban and rural settings,” said Bindu N. Lohani, vice-president for Knowledge Management and Sustainable Development, Asian Development Bank.

“Regional institutions must galvanize efforts by governments to create the right enabling policies and channel financial resources into inclusive green growth—the kind of growth that benefits the developing countries and the poorer members of their populations.”

The report calls on delegates meeting for the Rio+20 Summit to consider “five critical building blocks” towards an inclusive green economy. These can maximize the benefits for the poor of a green economy, and foster a shared policy agenda between developing country governments, developed country partners and other stakeholders.