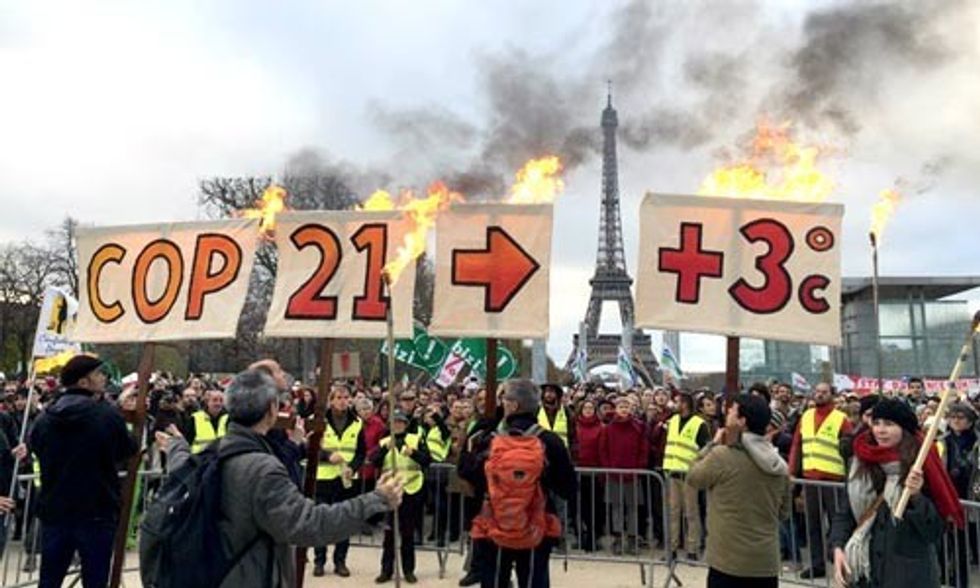 The Paris climate agreement is heartening and historic—195 countries finally concurred that we must stop warming the planet by no more than 2C by 2020 and that we should be aiming for 1.5C. Unfortunately, the actual plans submitted by each government prior to the conference would raise the world's temperature by as much as 3C.

Stated clearly: The words of the agreement say one thing, but we must monitor the actions of leaders and nations so that they actually implement the aims of the agreement. And, we cannot count on governments for all the solutions needed.

In parts of Africa the temperature is already over this limit by as much as 7 degrees. Further, for every centigrade rise in sea level, scientists predict that more than one million people will die. In my travels for Global Greengrants Fund, I have found that the best solutions are coming from the ground up, not from the top down. Communities most affected, grassroots groups and movements are adapting and showing the way for transformative system change.

That's why I participated in many events outside the COP—at the Climate Action Zone—and in the movement-based protests, both the Red Lines gathering near the Arc de Triumph on Saturday organized by the Climat21 Coalition and the Basque/French Alternatiba manifestation at the Eiffel tower later in the day. It has taken mass mobilizations over the last few years to push our elected leaders into this agreement and now it's going to take even more mass mobilizations to push them to actually meet the terms of the agreement and then farther to address issues the agreement ignored.

A few days before the demonstrations, I attended a civil disobedience training offered by 350.org at the Climate Action Zone. Three principles agreed upon by all the groups in Climat21 were that the actions would be peaceful, there would be no property damage and police would not be provoked. Because of the state of emergency in Paris, it was illegal to gather in groups of more than two with political intent or messages. At the final hour, an accord was reached with police and the protests were allowed. Thus, my decision to get arrested, worries about not being able to return to France or even Europe, were happily moot. The march was amazing as a spirit of solidarity and continuing work to promote real solutions prevailed.

Paris was a good start, although perhaps 20 years too late. The next step will be even harder and will require even more of us stepping into the streets to push our leaders forward.