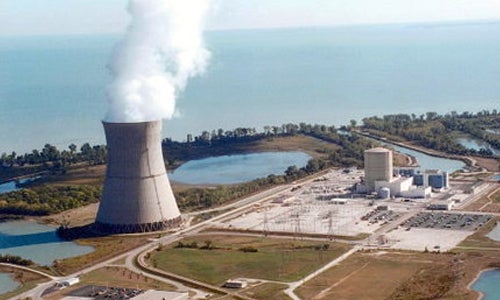 As the world’s nuke reactors begin to crumble and fall, the danger of a major disaster is escalating at the decrepit Davis-Besse plant near Toledo, Ohio.

Now the plant’s owners are asking the Ohio Public Utilities Commission to force the public to pay billions of dollars over the next 15 years to subsidize reactor operations. 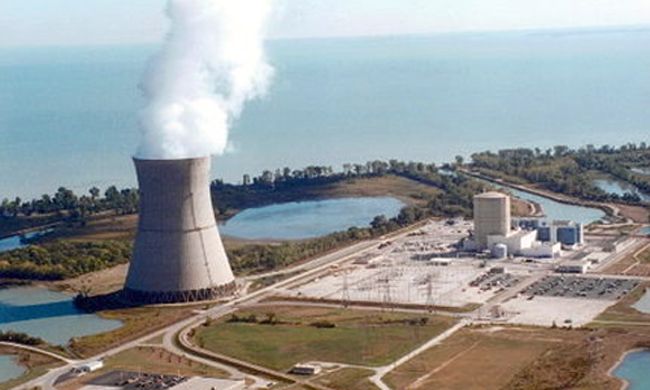 But Davis-Besse’s astonishing history of near-miss disasters defies belief. Its shoddy construction, continual operator error and relentless owner incompetence would not be believed as fiction, let alone as the stark realities of a large commercial reactor operating in a heavily populated area.

Time and again Davis-Besse has come within a fraction of an inch and an hour of crisis management time. Today its critical shield wall is literally crumbing, with new cracks opening up every time the northern Ohio weather freezes (like this week).

The company’s owners have blacked out the entire Northeast including 50 million customers—the largest such disaster in world history.

They allowed boric acid to eat within 3/16th of an inch of a Chernobyl-scale disaster that would’ve permanently irradiated the Great Lakes region. They have set the record for fines by the Nuclear Regulatory Commission, and continue to drain billions of ratepayer dollars from Ohio’s bleeding economy.

Now they want those ratepayers to fork over billions more to keep this reactor running beyond the brink.

Hear about Davis-Besse’s astonishing story, by listening to this incredible hour-long interview with local attorney Terry Lodge and Kevin Kamps of Beyond Nuclear, along with Tim Judson of the Nuclear Information and Resource Service, three of the key expert activists working to get Davis-Besse shutdown.

Many wild stories have been told about atomic power over the decades, but it’s hard to top the true tales from Davis-Besse. In this case, hearing is believing—and holding your head in dismay:

Those of you who want Davis-Besse shut can write the Public Utilities Commission of Ohio at docketing@puc.state.oh.us. Use this label in the subject line of the email, as well as the body of the email message, so PUCO can route the public comments to the correct proceeding: OPPOSITION COMMENT UNDER CASE # 14-1297-EL-SSO.