Will Obama Keep His Promise and Announce a Moratorium on Mountaintop Removal? 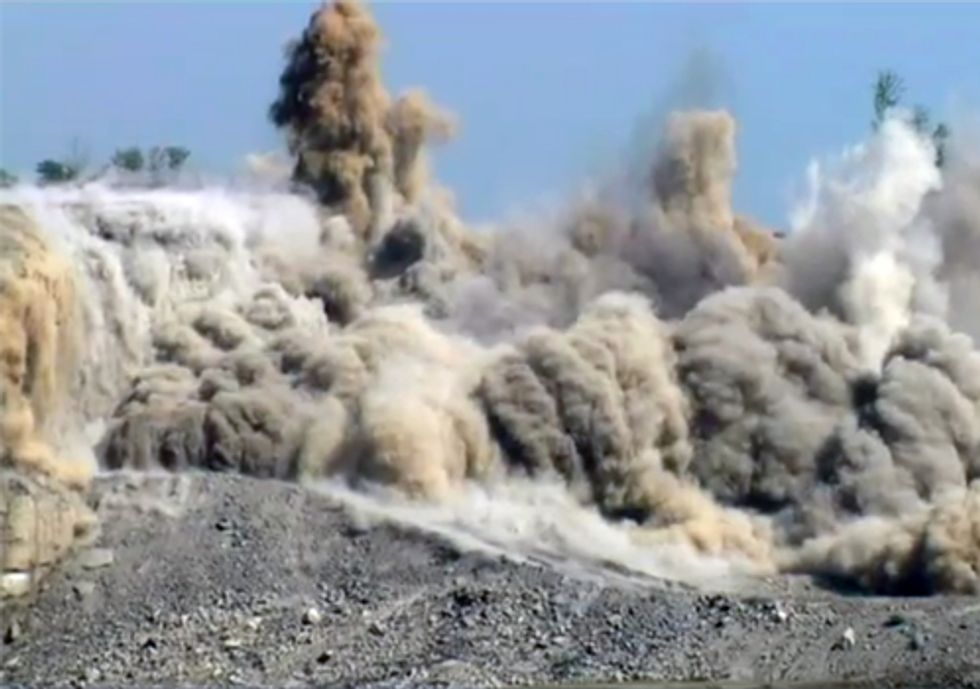 As the ravages of mountaintop removal coal mining—including the re-emerging scandal of reckless black lung policies on strip miners—continue to mount despite the shift of coal production to the heartland and western Power River Basin—President Obama has an election-year opportunity to declare an armistice in the polarized Appalachian coalfields, mend a 30-year mining policy of betrayal, and call an end to the most divisive and egregious human rights and environmental violation sanctioned by our federal government.

There is no two without three, as the saying goes: On the heels of recognizing the civil rights of gay marriage and deferring prosecution of undocumented DREAM Act youth, Obama should keep his 2008 campaign promise, travel to Appalachia and publicly announce a timeline to enact a mountaintop removal moratorium and launch a green jobs coalfield regeneration fund.

Let's be real: With faux West Virginia Democrats like Sen. Joe Manchin and Gov. Earl Ray Tomblin jumping ship, and a prison inmate giving the president a run for his money in the Democratic primaries, Obama has nothing to lose and everything to gain by bringing the Appalachian coalfields of West Virginia, eastern Kentucky, southwestern Virginia and eastern Tennessee into a new era of clean energy and sustainable economic development.

Fresh from his recent road to Damascus awakening on the stranglehold of Big Coal, Sen. Jay Rockefeller (WV-D) might even host the President's announcement.

The venerable West Virginia statesman Ken Hechler once called it a "Truman moment" for Obama.

And it should happen on August 3, the anniversary of the Surface Mining Control and Reclamation Act, President Jimmy Carter's disastrous compromise that has led to a 40-year regulatory nightmare of federally sanctioned mountaintop removal. As I noted a few years ago:

August 3 is not simply the anniversary of a benign Act; it is a sobering cautionary tale for today's Obama administration and young environmentalists of the catastrophic effects of well-meaning liberal Democrats who engage in compromises with an untenable and ruthless coal industry.

On August 3, 1977, surrounded in the White House Rose Garden by beleaguered coalfield residents and environmentalists who had waged a ten-year campaign to abolish strip-mining, President Jimmy Carter signed the Surface Mining Control and Reclamation Act with great fanfare. President Carter may have attempted to put on a good face, but he admitted to the 300 guests, according to the New York Times, "in many ways, this has been a disappointing effort." Calling it a "watered down" bill, Carter added, "I'm not completely satisfied with the legislation. I would prefer to have a stricter strip mining bill."

"The President's other main objection to the bill," wrote the New York Times, "is that it allows the mining companies to cut off the tops of Appalachian mountains to reach entire seams of coal."

Outraged by this duplicitous compromise to grant federal sanctioning of mountaintop removal mining, an "Appalachian Coalition" of coalfield residents and environmental groups called the SMCRA a "blatant travesty."

In the meantime, the Appalachian Communities Health Emergency Act citizens movement by Appalachian coal mining communities to pass a law in Congress for a mountaintop removal mortatorium continues to gain ground. Check out their new PSA by On Coal River filmmaker Adams Wood: