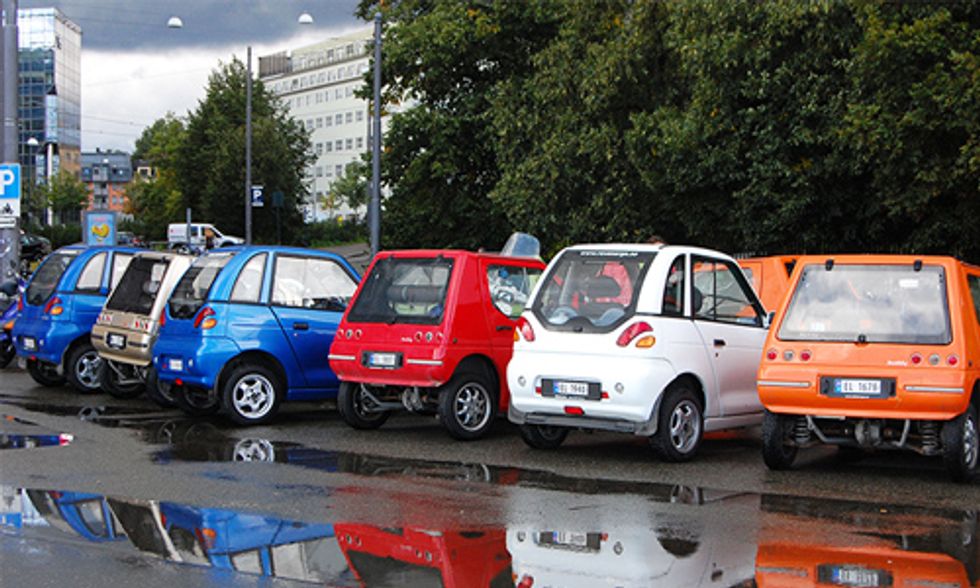 Norway’s four leading political parties have reportedly reached an agreement to ban the sale of all gasoline-powered cars by 2025, according to Norwegian Liberal Party MP Ola Elverstuen. “After 2025 new private cars, buses and light commercial vehicles will be zero-emission vehicles. By 2030, new heavier vans, 75 percent of new long-distance buses, 50 percent of new trucks will be zero emission vehicles,” he said.

“The government and its partners agree on a new step on the way towards a low-emission society ... but there is no talk of banning the sale of diesel and petrol vehicles in 2025 as one would be led to believe in Dagens Næringsliv,” the conservative party said in a press release, as quoted by The Local.

Elvestuen also stepped forward after the report's publication, clarifying that the parties had only agreed to “set target numbers for how many low- and zero emissions” cars there should be in Norway in 2025. The agreement is aimed at reaching climate goals due to be presented next year as part of the country's national transport plan.

“We have not reached an agreement on how to reach the goals,” he said.

Although it seems Norway isn't quite ready to ditch traditional cars by 2025, the country is still a leader when it comes to environmentally-friendly vehicles.

Last year, 17.1 percent of new car registrations were zero-emissions vehicles, giving Norway the highest market share for clean vehicles anywhere in the world. The country also has a small ownership of cars, accounting for less than 1 percent of all vehicles in Europe.