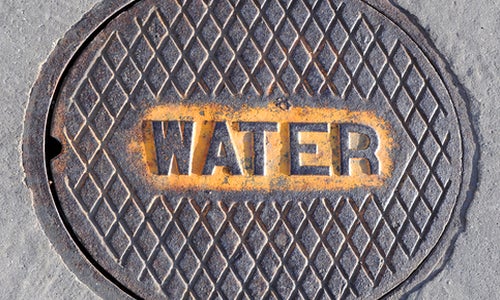 A major piece of legislation funding the development and improvement of water-related infrastructure passed Congress last week for the first time in nearly a decade, and President Barack Obama is expected to sign the bill soon. 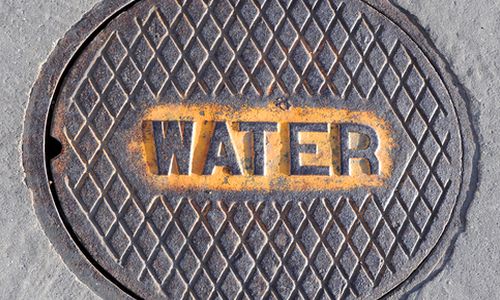 Profit-driven systems experience problems in deciding where to extend service. Driven by profit rather than public access, companies at times proved reluctant to provide services in low-income areas or small communities.

Yet public interest groups warn that a key provision in the law would complicate public investment in drinking water and wastewater systems in big cities and small towns alike. The end result, they say, would be to strengthen privately-managed or -owned water systems while leaving the federal government to take on the risk of these investments—essentially subsidizing water privatization.

“This law will facilitate the privatization of water systems and prioritize funding for privatized systems,” Mary Grant, a researcher for the water program at Food & Water Watch, a watchdog group here, told MintPress News.

“The basic problem is that it will only fund up to 45 percent of project costs, but also stipulates that the rest cannot be made up through the use of tax-exempt bonds,” Grant continued. “Yet such bonds are the primary way in which local governments fund infrastructure projects, so why would they try to make use of this funding?”

The broader law, agreed upon by large majorities in both the House and Senate over the past week following a year of negotiation, is known as the Water Resources Reform and Development Act. The full bill authorizes funding for a spectrum of new water infrastructure projects—particularly around ports and waterways, including flood protection and restoration—worth some $12.3 billion, though this money will still have to go through an appropriations process.

Assuming that President Obama signs it, the Water Resources Reform and Development Act will be the first such water-related funding package to become law since 2007. Even then, the 2007 bill passed over the threat of veto from President George W. Bush, primarily due to budgetary concerns. As with any large funding bill, the act has received criticism from conservatives worried that Congress will not be able to provide adequate oversight for what they expect to be a frenzy of project requests.

The bill also includes provisions aimed at dealing with what experts say is a multi-billion-dollar funding gap for drinking water and wastewater systems across the country. Last year, the U.S. Environmental Protection Agency (EPA) estimated that some $384 billion in improvements would be needed in U.S. drinking water infrastructure over the next two decades. The EPA also found that many of the country’s 73,400 water systems are between 50 to 100 years old.

“[T]he nation’s water systems have entered a rehabilitation and replacement era in which much of the existing infrastructure has reached or is approaching the end of its useful life,” EPA Acting Administrator Bob Perciasepe said at the time. “This is a major issue that must be addressed so that American families continue to have the access they need to clean and healthy water sources.”

While Congress is receiving widespread plaudits for finally acting on this shortfall, critics are worried that the final law will be detrimental to communities across the country.

According to data provided by Food & Water Watch, federal spending on improvements to drinking water and wastewater systems since the late 1970s have dwindled by some 80 percent. Since the late 1990s, the group says, federal grants have offered just $15 billion for this purpose.

In 2012, dozens of federal lawmakers wrote to the congressional leadership to highlight this situation, citing rising concerns among mayors, public water systems directors and others. The lawmakers noted that federal funding for water systems made up just three percent of total costs, down from 78 percent 35 years earlier. This shortfall, they warned, leaves “cities and towns across the country bearing the difficult challenge of pulling together funds for public water systems.”

The new Water Resources Reform and Development Act does attempt to ameliorate this problem, making available $175 million in funding over five years. But the part of the law that focuses on this issue, known as the Water Infrastructure Finance and Innovation Act, does so primarily by steering communities toward public-private partnerships.

It is unclear whether this is by design. As Food & Water Watch’s Grant notes, a central issue is the fact that the Water Infrastructure Finance and Innovation Act does not allow communities to raise funding for infrastructure through the issuance of tax-exempt bonds, a process that the watchdog group says has raised more than $1.6 trillion for local and state infrastructure projects over the past decade.

It appears, however, that this option was only removed after negotiations with an eye toward the federal deficit, following a budgetary “scoring” by the Congressional Budget Office. Groups representing the municipal water sector say the Water Infrastructure Finance and Innovation Act won’t work for their members.

“We have huge wastewater infrastructure needs, so we’ve been supportive of having more tools in the toolbox to help communities pay for upgrades and new projects,” Hannah Mellman, legislative manager at the National Association of Clean Water Agencies, a lobby group that represents the municipal wastewater sector, told MintPress.

“Yet the tax-exempt bond exemption will make [the Water Infrastructure Finance and Innovation Act] pretty unworkable for our members. That’s not to say that they wouldn’t use [the Water Infrastructure Finance and Innovation Act], but if they can’t finance their side of projects with tax-exempt bonds we don’t see how it will be usable. So we’re disappointed to see that in the final bill.”