Will NAFTA Be the Deciding Factor in Keystone XL? 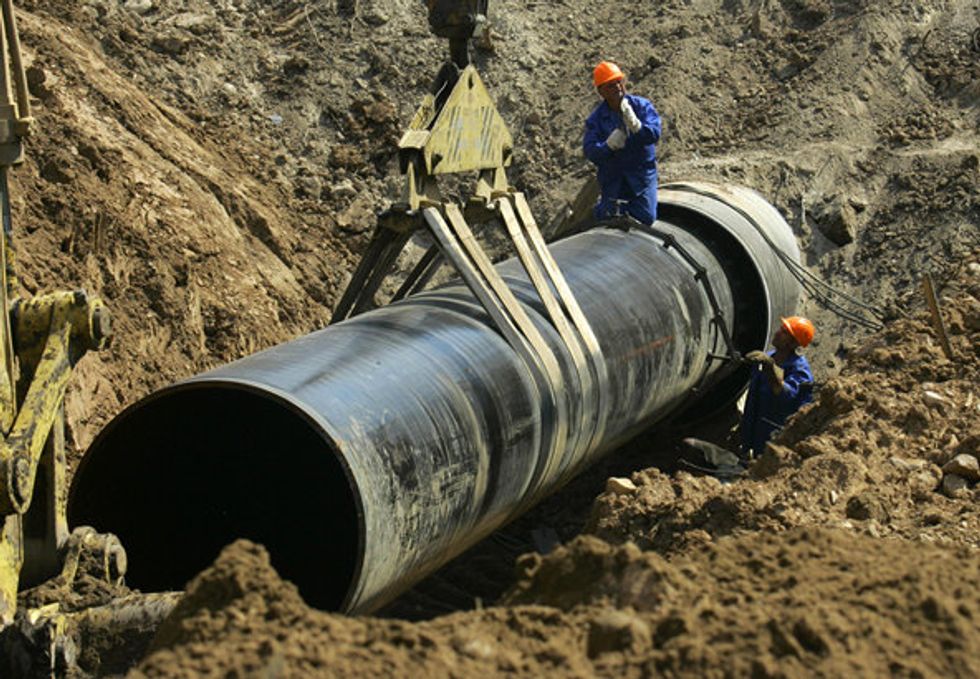 As the public anxiously awaits the U.S. State Department’s final decision on the fate of the Keystone XL pipeline, the discussion has largely ignored the elephant in the room: the North American Free Trade Agreement (NAFTA).

Thanks to NAFTA, signed into law by President Bill Clinton in 1994, the State Department will likely be able to do little more than stall the pipeline’s construction. In its simplest form, NAFTA removes barriers for North American countries wishing to do business in or through other North American countries, including environmental barriers. The goal of the agreement was to promote intra-continental commerce and help the economies of all involved in the agreement.

Before diving into NAFTA, it's important to take a look at what the State Department and the media have done so far in regards to Keystone XL. Before she left office and was replaced by John Kerry, former Secretary of State Hillary Clinton’s ties to the project were almost too many to count. Most notable was the fact that many of her former staffers and associates were lobbyists for Keystone XL, and they had a direct line into both Clinton and President Obama.

It is likely a result of these connections that the State Department’s environmental assessments were strikingly flawed and inadequate. As the Natural Resources Defense Council pointed out, many of the so-called “standards” that the State Department put in place regarding the pipeline were simple “smoke and mirror” schemes to distract the public, and they failed to do their due diligence by considering alternative paths for the pipeline. Furthermore, climate impacts from operation and construction were almost completely ignored.

Compounding the problem of the State Department’s willingness to sign off on their own flawed environmental studies was the fact that the mainstream media was more than willing to host Keystone XL proponents to tout the many “benefits” that America would experience by constructing the pipeline.

Chief among those alleged “benefits” was the talking point regarding job creation. The media, as well as the public, bought into the industry’s talking points that 20,000 jobs would be created through construction of the pipeline. TransCanada eventually downgraded that number to 6,000 permanent jobs, but the media hardly paid attention. More recently, the fact that the pipeline would create only 35 permanent jobs in America was met by complete silence from the mainstream media, leaving the public woefully ignorant about the true “benefits” of the pipeline.

The other major talking point used to sell the pipeline was that it would reduce America’s dependence on foreign oil, and reduce oil prices for Americans. This talking point, while widely accepted again by both the media and the public, was completely at odds with reality. The reason TransCanada wants a pipeline from Canada to the Gulf Coast is so that the oil can be refined and immediately loaded onto tankers to sell in overseas markets. This tar sands oil would not be staying in America, and therefore would not reduce our depedence on foreign oil.

Furthermore, the fact that the oil would be sold overseas means that prices in America would actually rise, rather than fall, by as much as 12 cents per gallon.

All of this misinformation helped convince the public that the pipeline is a great idea, as no major media outlets bothered to follow up and report the facts. Recent polls show that the majority of Americans, including majorities of Republicans and Independent voters, favor construction of the pipeline.

With all of these factors working in TransCanada’s favor, an approval from the State Department would seem to be an absolute certainty.

But if the State Department chooses to acknowledge the facts and prohibit the pipeline’s construction, TransCanada still has a fairly simply route to get it approved, and that’s where NAFTA comes into play.

When it comes to the energy sector, NAFTA has a lot to say, and most of it isn’t good. At the heart of it, NAFTA mandates that member countries cannot discriminate against foreign energy companies.

This means that a Canadian energy company is legally allowed the same opportunities as American companies operating in the U.S. Since we’ve allowed our oil companies to construct pipelines, it would be illegal, in most circumstances, to deny that same privilege to TransCanada.

Furthermore, NAFTA significantly weakens the host government’s ability to restrict a project, even if that project would violate the government’s own regulations and standards. For example, Exxon has been successful in bringing NAFTA challenges to drilling projects that the Canadian government had denied the oil giant.

However, just as NAFTA could be used as the means by which Keystone XL is approved, it could just as easily be the tool by which it is stopped.

The glimmer of hope comes from a provision in NAFTA that created the Commission for Environmental Cooperation (CEC). The CEC is tasked with ensuring that environmental concerns are thoroughly examined when dealing with NAFTA. It lays out environmental issues as they would apply to the entire continent, not just the host government’s concerns. These broad terms could easily help make Keystone XL a distant memory, as the environmental consequences of a spill could span the continent. Specifically, a leak in the portion of the pipe that would still pass over the Ogallala aquifer could poison as much as 25% of America’s crops, which are exported throughout North America.

While environmental challenges to NAFTA projects have a poor success rate, it still gives hope that the project will be denied.

American politicians are still pushing the President to unilaterally approve the Keystone XL pipeline, while opponents were able to gather more than 1 million public comments against the pipeline.

Given the volatility of the issue, it wouldn’t be surprising if the President and State Department left the decision up to a NAFTA panel, rather than stepping up and doing the right thing for North America.