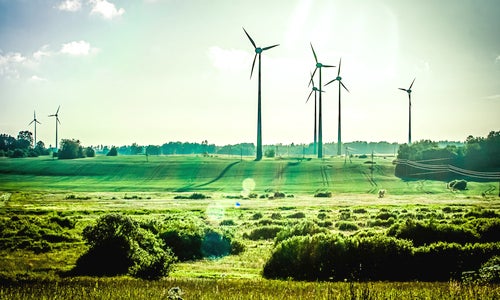 As the movement to power the Internet (and the rest of the world) with renewable energy grows, some technology companies are responding in big ways: Apple launched an Earth Day campaign yesterday highlighting how it is powering its data centers with 100-percent renewable energy.

Not to be outdone, Google announced today that it is partnering with its local utility in Iowa, Warren Buffett’s MidAmerican Energy, to supply the internet giant with up to 407 MW of Iowa’s famous wind energy, providing its data center there with well over 100-percent renewable energy too.

Google has now contracted for over 1 gigawatt of renewable energy to power its data centers: a stunning number, enough to power over 800,000 US homes.

Facebook, which like Google and Apple has committed to a goal of powering its platform with 100 percent renewable energy, also made an agreement with MidAmerican to purchase wind energy from a new wind farm to power its Iowa data center with a renewable resource as well.

Microsoft also has Iowa data centers, and it’s also growing rapidly there and everywhere. The company announced on Friday that it is doubling its investment in Iowa, spending over $1 billion on a new facility near Des Moines to power its growing cloud computing operation. But unlike Apple, Facebook and Google, Microsoft has not committed to powering its corner of the internet with renewable energy, both in Iowa and more broadly. 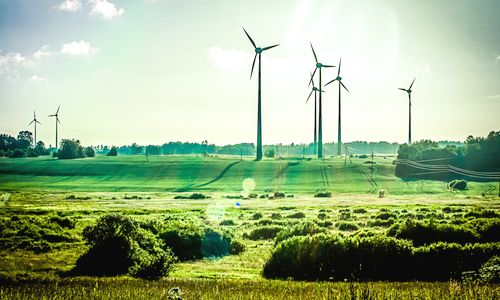 Microsoft is doubling its investment in Iowa facilities, but why doesn’t that include making use of the state’s wind resources?

According to Clicking Clean, the report Greenpeace released earlier this month, Microsoft has thus far relied heavily on buying Renewable Energy Credits (RECs) and carbon offsets, creating the appearance on paper of being clean but not altering Microsoft’s status quo supply of dirty electricity.

Iowa provides a perfect data point: While wind energy is booming in the state, accounting for a nation-leading 25 percent of Iowa’s electricity in 2012, MidAmerican is still powering its grid with a mix of mostly dirty energy sources like coal and gas, so if Microsoft wants to use 100-percent wind energy to power its data centers there, it will have to get pro-active, as Facebook and Google have done.

Until Microsoft takes similar action, its new facility risks increasing the demand for coal and gas, despite the abundance of clean, cheap wind energy blowing around it every day. Microsoft knows how to buy wind energy; the company signed to sign a long-term purchase agreement for wind power near its Texas data center last year, providing a great roadmap that it could follow in Iowa.

Is Microsoft ready to join major clean energy players like Apple, Facebook and Google, and put its money where its mouth is when it comes to building a greener cloud and internet?

Or will it remain more talk than action? The answer may be blowing in Iowa’s wind.