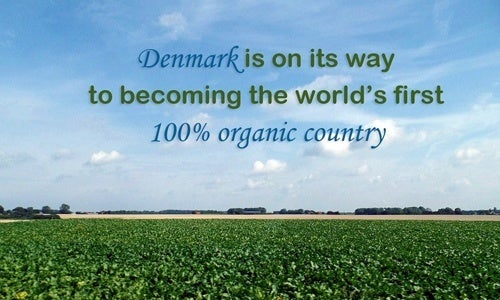 Danish consumers are the most pro-organic consumers in the world, according to Organic Denmark, an association of companies, organic farmers and consumers. Nearly 8 percent of all food sold in Denmark is organic, the highest percentage in Europe. And Danish organic export has risen by more than 200 percent since 2007. 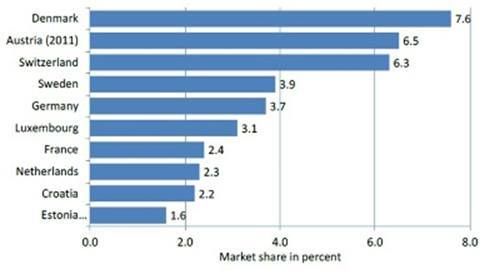 The Danish government is working on drastically increasing the nation’s supply of organic food. Last year, The Ministry of Food, Agriculture and Fisheries released an ambitious plan to double the area under organic cultivation by 2020 from 2007 levels.

The government has committed a total of 400 million kroner ($60.8 million) to its action plan, The Local Denmark reported. The country aims to achieve a 60 percent goal for organic food served in public institutions—schools, day care centers, hospitals, etc.—which serve some 800,000 meals per day.

https://twitter.com/AFoodRevolution/status/692756923842719746, we will strengthen cooperation between municipalities, regions and ministries with a long line of new initiatives. We will commit ourselves to, among other things, have more organic items on the menu in canteens, hospitals and daycare institutions.”

To achieve its goals, the Ministry of Food, Agriculture and Fisheries is:

Other governmental agencies are taking part, too:

Denmark wants to go completely organic “as soon as possible,” LifeGate reported. But at least one country has an even more ambitious plan than Denmark. Five years ago, Bhutan pledged to go 100 percent organic by 2020. To be fair though, Bhutan’s population (754,000) is dwarfed by Denmark’s (5.6 million). Still, Bhutan has some impressive claims. It’s not only carbon neutral, it’s also a carbon sink—making it one of the few countries in the world to have negative carbon emissions.