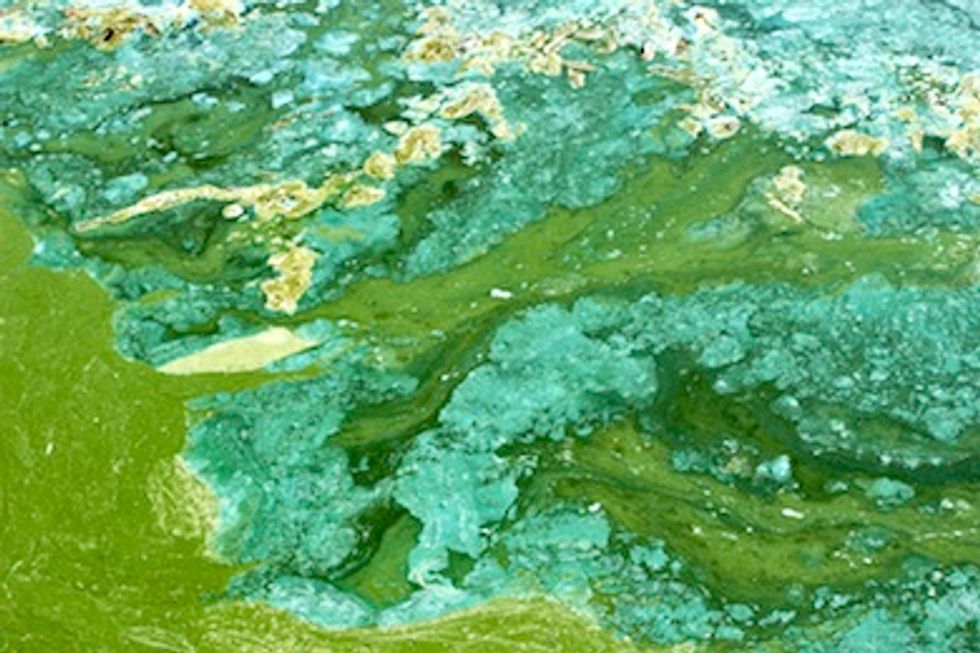 The U.S. District Court in Eastern Louisiana ordered the U.S. Environmental Protection Agency (EPA) on Friday to determine within six months whether to set new limits on the pollution that is fueling the dangerous algae growth choking the waters throughout the Mississippi River basin, the Gulf of Mexico and waters across the country.

“For too long, the EPA has stood on the sidelines while our nation’s waters slowly choke on algae,” said Natural Resources Defense Council (NRDC) Senior Attorney Ann Alexander. “They have acknowledged the problem for years, but could not muster the gumption to address it. The court is telling the Agency that it is time to stop hiding from the issue and make a decision already.”

Attorneys at the NRDC led the suit, filed on behalf of several conservation groups and based on longstanding efforts by the Mississippi River Collaborative to break decades of inaction from the federal government on the issue of nitrogen and phosphorus pollution. These chemicals fuel the formation of the Gulf Dead Zone and toxic algae blooms and cause damage to drinking water supplies.

"The Army Corps of Engineers monitored Kentucky's recreational lakes for Harmful Algae Blooms for the first time this past summer and recorded excessive numbers throughout much of the summer at several lakes," said Judy Petersen, executive director at Kentucky Waterways Alliance. "Nutrient pollution is clearly just as much of a problem in Kentucky as it is in other Mississippi River Basin states and down in the Gulf, and the EPA must address it."

Nitrogen and phosphorus from sewage plants, urban stormwater systems and agricultural operations fuels the growth of algae in waterways around the country. Algae, in turn, chokes out other aquatic life and can rob water of the oxygen that fish and shellfish need to survive. One of the most devastating consequences of this pollution has been the emergence of the dead zone in the Gulf of Mexico—an area the size of Connecticut where algal growth has driven levels of oxygen at the sea floor so low that virtually nothing can live there. Similar issues are driving the dramatic collapse of Lake Erie and threatening other portions of the Great Lakes.

“It should be apparent that pollution limits are essential to controlling pollution” said Kelly Foster, senior attorney for Waterkeeper Alliance, “With this decision, we are hopeful that the EPA will finally do what it has long known is necessary to address the Gulf Dead Zone and the staggering number of other fisheries, water supplies and recreational waters decimated by nitrogen and phosphorus pollution across the nation.”

The suit, filed a year and a half ago, challenged the EPA’s denial of the Mississippi River Collaborative’s 2008 petition to the EPA asking it to establish quantifiable standards and cleanup plans for nitrogen and phosphorus pollution. The suit charged that the EPA had unlawfully refused to respond to the question posed to it, which is whether such federal action is necessary to comply with the Clean Water Act. The court agreed with plaintiffs, holding that the EPA’s refusal to provide a direct answer was unlawful.

“This isn't just about the Dead Zone in the Gulf of Mexico," said Bradley Klein, senior staff attorney for the Environmental Law and Policy Center. "Algae blooms threaten the Great Lakes—and smaller waterways across the nation are being impacted by this huge problem. Hopefully the EPA will move in the right direction on this because until we deal with the sources, which are sometimes thousands of miles away, we cannot get to the problem."

The decision does not tell the EPA how to address the problem, only to make a decision on the issue. However, the EPA has repeatedly acknowledged the severity of the problem and stated that federal intervention is appropriate because states are not doing enough to solve it.

"We are gratified that the EPA cannot duck this important decision, and hope that the EPA takes quick and decisive action to control widespread nitrogen and phosphorus pollution in the Mississippi River," said Kris Sigford, water quality director at Minnesota Center for Environmental Advocacy."In Minnesota, over one-quarter of our streams and rivers are polluted by nitrogen in excess of safe drinking water standards, and the trend is increasing rapidly."