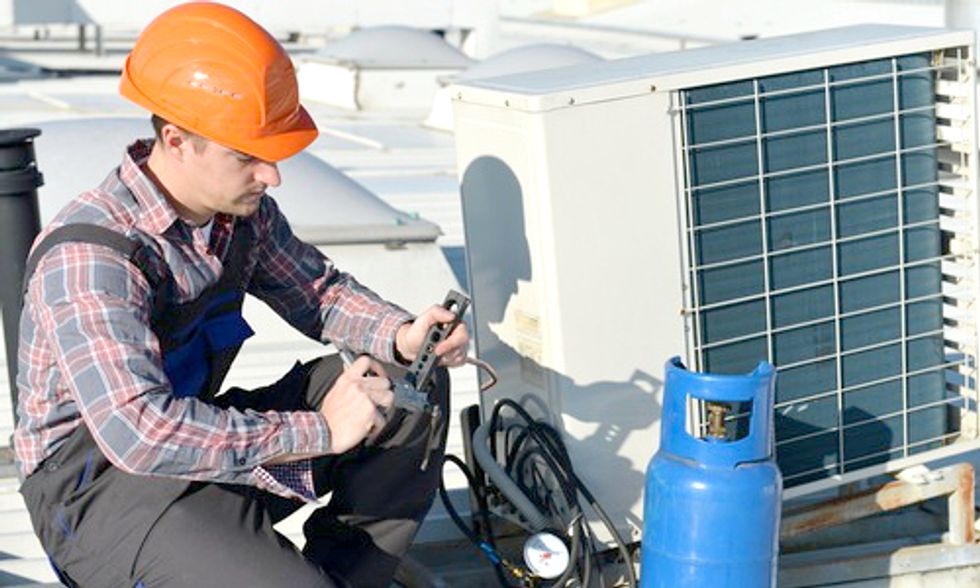 The clock is ticking for four important energy efficiency tax incentives for home and business property owners and manufacturers that are set to expire at the end of this month.

Energy efficiency is the cleanest, cheapest resource we have to cut our nation’s energy bills, while creating jobs throughout the economy and reducing emissions for years to come, making it truly the gift that keeps giving. But there are some grinches in Congress poised to allow the demise of tax incentives that play an important role in accelerating the availability of energy-saving products and practices by encouraging homeowners and businesses to invest in high-performing buildings, equipment, lighting, and appliances.

Also at stake are critical incentives for clean energy, which my colleagues Kit Kennedy and Pierre Bull detailed yesterday. These renewable energy incentives—crucial for the continued expansion of clean onshore wind power and investment in offshore wind—are also set to expire at year’s end.

Adding insult to injury, while these clean energy provisions that save money and cut pollution will disappear, the 100-year-old suite of fossil fuel giveaways will keep lining the pockets of Big Oil while pumping carbon and other dangerous pollution into the air.

In contrast, ACEEE estimates that the energy efficiency incentives alone, if extended and enhanced, could add $8.3 billion to the nation’s gross domestic product through 2030 and create hundreds of thousands of jobs, while averting 16.4 quads of fuel use (about equal to 16 percent of total US energy use in one year) and 3.2 million gigawatt hours of electricity (for comparison, total electricity sales in 2011 were 3.7 million gigawatt hours) cumulatively over 15 years.

The expiring energy efficiency incentives are:

Why the Incentives Are Needed

Although energy efficiency is beneficial to both consumers and businesses as it saves them money on their energy bills, people often don’t invest in more efficient products even though any additional upfront costs quickly pay back in utility savings. The reasons vary, but can include lack of upfront capital, insufficient information on potential energy savings, unavailable products, or because the person making the purchasing decision isn’t the one who benefits from the energy saving (such as a landlord buying an air conditioner when the tenant pays the electricity bills).

The government has a role to play to encourage investment in energy efficiency for multiple reasons, including:

As explained in detail in NRDC’s new Issue Brief, tax incentives play an important role in transforming the market for high-performing products. For instance, when the tax credit for new energy efficient homes (45L) was enacted in 2005, almost no houses on the market met the criteria of a roughly 30 percent improvement. After a few years of a $2,000 incentive for each home that met the efficiency target, the market share climbed to 10 percent. This is impressive on its own, but the reach of the incentive has actually been much further. To comply with the credit, builders must rate their home with the Home Energy Rating System (HERS). This helped familiarize builders with the HERS system, which combined with other factors, has resulted in its use with a whopping  40 percent of the new homes market. Most recently, the newly updated 2015 national model energy code will allow builders for the first time to comply with it using a HERS rating—and the code requires much higher  efficiency levels than the original version of 45L. While the tax incentive can’t take all the credit, this likely would not have happened without it and is an example of how all of these policies work together to transform the market and at a very low cost to the federal government.

While the new homes credit has arguably been the most successful of the four tax incentives, all of the performance-based incentives have helped shift markets towards greater efficiency products. While in a perfect world, we would have the opportunity to modify and enhance the incentives–upping stringency levels, making sure they all pay for performance, and restructuring them to increase utilization—the important thing now is to extend them so as not to cut off this source of support for energy efficiency. These incentives have been incredibly effective overall at making our homes and workplaces more efficient, reducing energy bills, cutting pollution and creating jobs throughout the economy.

Congress should act swiftly to extend them. If it doesn’t, we’ll see clean energy suffer while Big Oil keeps polluting and pocketing billions in taxpayer dollars. Now, no one is quite certain why anyone would support that kind of outcome—perhaps, like the Grinch, their hearts are two sizes two small.

This piece originally appeared on the NRDC's Switchboard blog.