Will Camel's Milk Be the Next Big Craze? 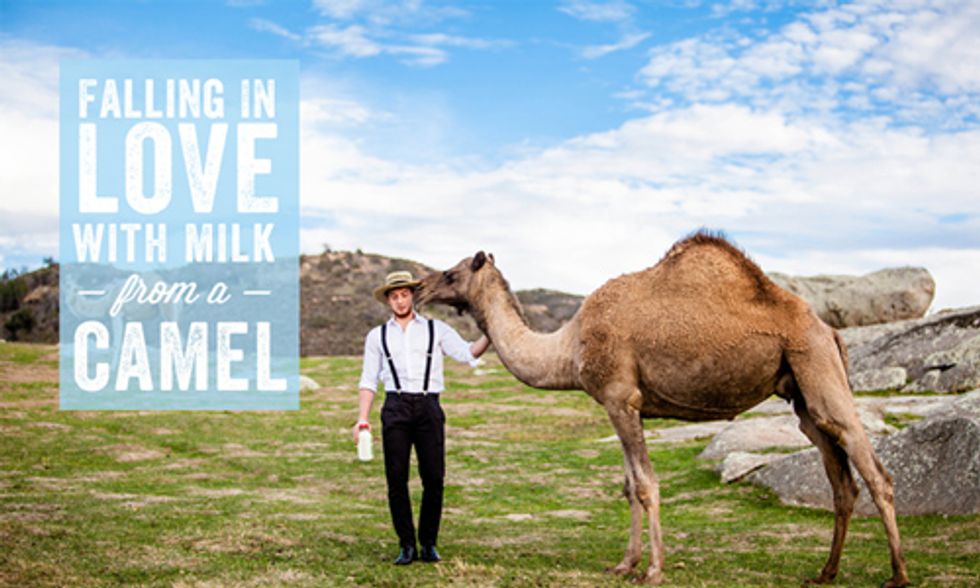 Camel milk has been in use for centuries in Middle Eastern, Asian and North African cultures. Recently, some vanguard American farmers have been bringing that tradition to the U.S. And it might be the perfect time to do so because camels, being desert dwellers, are extremely water efficient.

One camel farm, Oasis Camel Dairy, in Ramona, California has been getting a lot of attention lately. Andrew Zimmern of Bizarre Foods on the Travel Channel visited the farm last month, as did Dagmar Midcap of NBC's San Diego news station. Gil and Nancy Riegler, owners of the camel dairy, have bred and raised camels for 15 years, making it the oldest camel farm in the country.

"It's low-fat milk, it's homogenized naturally, it tastes really good like cow's milk, it has triple the amount of vitamin C than other milks, it's high in protein and there are no allergies to it," says Gil Riegler. It's a good alternative to cow's milk for those who are lactose-intolerant because it's lactose-free.

"It has anti-inflammatory properties that can heal up creaky joints and clear up skin," says Zimmern. "This is truly one of nature's superfoods."

There's just one problem: it's illegal for the couple to sell the milk. "Until the government lifts its restriction on small-batch hand-milked products," the couple can give people the milk to drink and people can drink the milk, but it's illegal for it to be bought and sold, says Zimmern.

Until the law is changed, the Rieglers will only sell the specialty products that are made from the camel's milk. They also offer camel rides, rent out their camels for events and sell camels. At the end of his visit, Zimmern drinks a glass of fresh camel milk. His verdict: "That's really good ... It's really refreshing ... You want another sip."

Though the Rieglers can't sell their camel milk, others can. "Regulation on camel milk varies widely" according to Modern Farmer.

For example, Desert Farms sells its milk to select Whole Foods in California and online. The California-based company buys milk from Amish farmers in the Midwest. The camels are raised on pasture with supplemental hay, grass and alfalfa pellets in the winter that is GMO-free, and they are never given any added hormones. Desert Farms sells the milk raw and pasteurized, fresh and frozen, and also as a kefir.

The milk is much more expensive than cow's milk at $18 a pint at Whole Foods. Camels don't produce a lot of milk and it's not easy to breed them. At the Camelot Camel Dairy in Colorado, Kyle and Holly Hendrix built a Grade A processing and pasteurization facility on-site. That will help make the milk more widely available. Camel Milk USA, a company founded by Dr. Millie Hinkle, is doing more research and development to create a camel milk industry in the U.S. As camels become more widely available and more farmers raise them, the cost would go down.

Can the Planet Sustain 7 Billion People Eating a Paleo Diet?