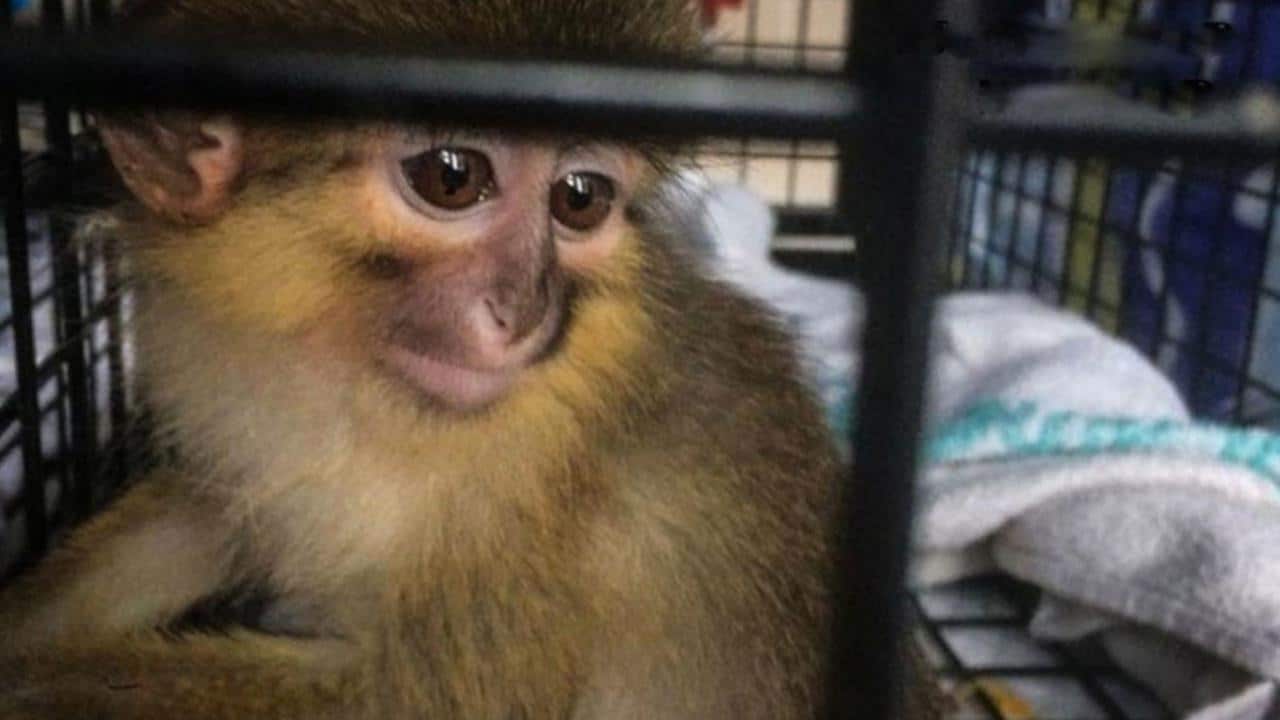 A monkey seized from traffickers during Operation Thunderbird. Interpol / USFWS

In 2013 authorities at Bangkok’s main airport busted a smuggler carrying 54 ploughshare tortoises from Madagascar crammed in a suitcase. The seizure of what amounted to about 10% of the critically endangered species’ wild population made news around the world.

What happened to those animals later did not generate as many headlines, says Jan Schmidt-Burbach, head of wildlife research and animal welfare at World Animal Protection.

Half of the tortoises died soon after their rescue — a surprise, he says, because the animals are tough and should have been able to survive. The rest went to a government rescue center in Thailand, only to end up among a group of animals that later disappeared and were suspected stolen. That second suspected crime was possible, in part, because there was resistance from center managers, he says, to marking the tortoises’ shells to make them traceable.

Cases like this illustrate two of the biggest problems with the fight against the illegal wildlife trade: the scarcity of regulations for the treatment of animals after they’ve been rescued, and the lack of data regarding what happens to them.

International pressure to tackle the illegal wildlife trade has increased in recent years. But a resulting increase in successful seizures of live wildlife also means authorities are often overwhelmed with animals, including species that require specialized care or are dangerous. 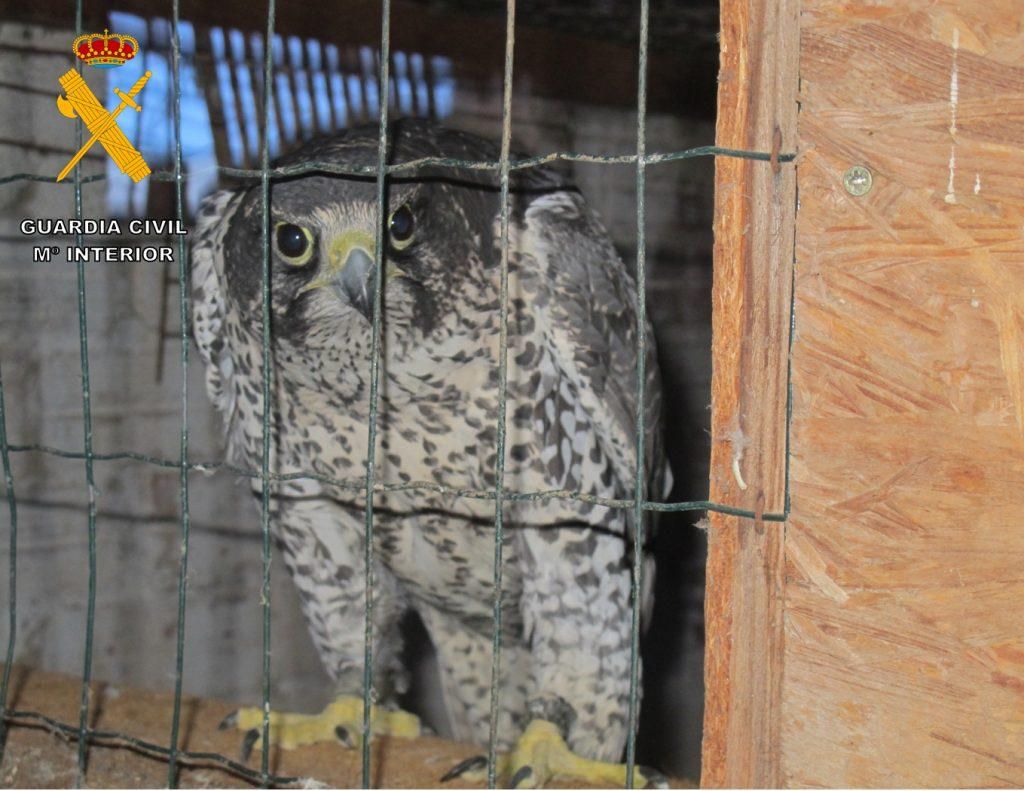 A recent paper published in the journal Animals examines what happens to these creatures, and why. Focusing on Southeast Asia, a wildlife trading hot spot, the researchers found that illegally traded wildlife are often not handled in a way most beneficial to the animals due to a combination of corruption, exploitation, and lack of policy, funding, expertise and capacity.

“Yes, they were essentially rescued,” says conservation scientist Shannon Noelle Rivera, the paper’s lead author. “But seizure does not mean rescue by any means, and a lot of times they end up right back in the trade.”

Handled correctly, some of these animals could be successfully returned to their home habitats and help replenish populations of threatened species. Instead, they are often kept in captivity, in centers that lack the expertise, funding or the will to care for them properly.

As Rivera’s research found, large amounts of lizards, snakes and birds are being released haphazardly and not in their native habitats: “The wrong species are getting dumped all over the place,” according to a source quoted in the paper. This puts the animals at risk of dying, becoming invasive, overwhelming the ecosystem, or carrying new diseases to other fauna and humans.

The Vagaries of “Disposal”

Other researchers say the paper, although limited to Southeast Asia, reflects a global problem.

“The key themes they’ve identified definitely ring true,” says Neil D’Cruze, global head of wildlife research at World Animal Protection and an academic visitor at the Wildlife Conservation Research Unit at the University of Oxford. The best outcome, he says, is not just about following laws but ensuring the animals’ wellbeing.

The Convention on International Trade in Endangered Species of Wild Fauna and Flora, an international agreement to regulate wildlife commerce, has guidelines for what it terms the “disposal” of rescued animals. The three options include returning them to wild, captivity or euthanasia, with the latter, as the CITES resolution states, “the simplest and most humane option available.”

But tracking which option countries choose has been difficult. D’Cruze co-authored a study in 2016 that found 70% of CITES signatory countries didn’t provide any data on animal disposals on their mandatory animal trade reports because they weren’t required to do so at the time. CITES finally added a field for this information in 2018, but it’s still not compulsory. Indeed, more recent research found that only 32% of CITES signatory countries had even submitted the mandatory reports.

Once an animal is trafficked, it’s often considered lost to conservation, says Rivera, who also points out that the term “disposal” comes with the connotations of discarding.

“Just ethically looking at the exploitation and corruption that can continue after the confiscation is really important,” she says. “We’re trying to stop [wildlife trafficking] through a lot of enforcement measures,” but what happens to the animals next “just kind of slips under the radar.”

Many animals end up in various forms of captivity of extremely varying quality of care. Some sites that position themselves as true sanctuaries are actually little more than thinly veiled tourist attractions, or are reliant on tourism dollars for funding, which can create a cycle of keeping animals in perpetuity. There is also a lack of transparency about the source of these animals — some facilities have been linked to the illegal wildlife trade.

“Trying to understand where these facilities are getting their animals is extremely difficult,” says Rivera.

Stronger legislation, political support, a reduction in demand, global participation, and wildlife seizure management are among Rivera’s recommendations. A registry of rescue centers, with licensing, oversight and inspections would be a good start, she says.

D’Cruze agrees that any care centers must have strict guidelines to follow that mean they are genuine sanctuaries and lifetime care facilities.

“That means no selfies and cuddling with the cubs, no performances or tricks or unnatural behaviors, no walking with them on a leash,” he says.

The Complexity of Releases

Of course, if at all possible, an animal rescued from the wildlife trade should be returned to its native habitat.

But releasing a trafficked animal is much more complicated than finding an open field or a forest. These animals are often wounded, malnourished or dehydrated, or they’ve potentially been exposed to pathogens when they were held in close contact with other animals and species. They often require quarantine or specialized veterinary care, expensive prospects that require expertise and commitment from governments.

“Even if there is expertise and funding, the next biggest hurdle tends to be doing it properly and mitigating the risks of harming wild populations,” says D’Cruze. That includes minimizing other animals’ exposure to diseases and releasing animals in areas with enough territory to sustain populations. Also, some captive animals have imprinted on humans to the extent that they can’t take care of themselves in the wild, can be come nuisance animals, or are particularly vulnerable to hunters.

One success story is the Wildlife Alliance’s work with the Cambodia government to create a protocol for animals from seizure through to release or lifetime care. Thomas Gray, former director of science at the nongovernmental organization, calls the repopulation of native animals around the UNESCO World Heritage site Angkor Wat “a fantastic success story.” But, he cautions, “only a tiny proportion of the animals from the wildlife trade have been able to be released there.”

Over the years, says Gray, thousands of snakes, turtles and other reptile species have been released into the wild in Cambodia by the Wildlife Alliance and the government. Yet there is no post-release information on whether they survived and what, if any, effects they had on their environments. 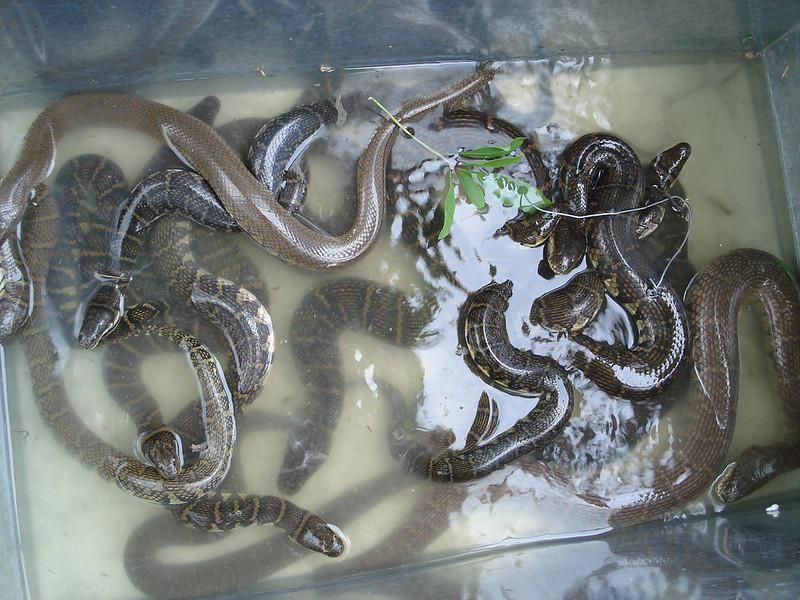 Can This Problem Be Solved?

Much of the burden to manage the results of the illegal wildlife trade is on the countries where these animals were seized or sourced, says Rivera. But the market demand for these exotics comes overwhelmingly from elsewhere. According to recent research, wealthy nations are driving this trade — the so-called WEIRD countries: western, educated, industrialized, rich and democratic. The biggest market by far is the U.S., with France and Italy trailing.

That’s why one of Rivera’s recommendations is for global participation in managing seizures, particularly when the source or intervening countries don’t have the resources. “We can’t just leave this up to countries that are doing the most seizures, or countries that have the most wildlife trade demand.”

D’Cruze agrees. If countries allow the legal importation and trade of exotic animals, he says they should help manage the consequences, especially as the legal and illegal trade are linked with, for example, poached animals being passed off as legal, captive-bred animals.

And law enforcement and seizures alone aren’t enough — what happens afterwards is equally, if not more, important, according to the experts.

“All interventions need to be designed in such a way that the care of any live animals are explicitly built into your interventions,” says Gray. And it’s particularly important for any entity funding this work to encourage governments to create protocols for these animals, he says.

The process of developing those protocols starts with better information. The current lack of data means we’re missing the opportunity to develop and refine approaches for post-seizure release into the wild, and for finding ways to repopulate endangered species’ populations.

Danielle Beurteaux is a science writer based in Montréal.