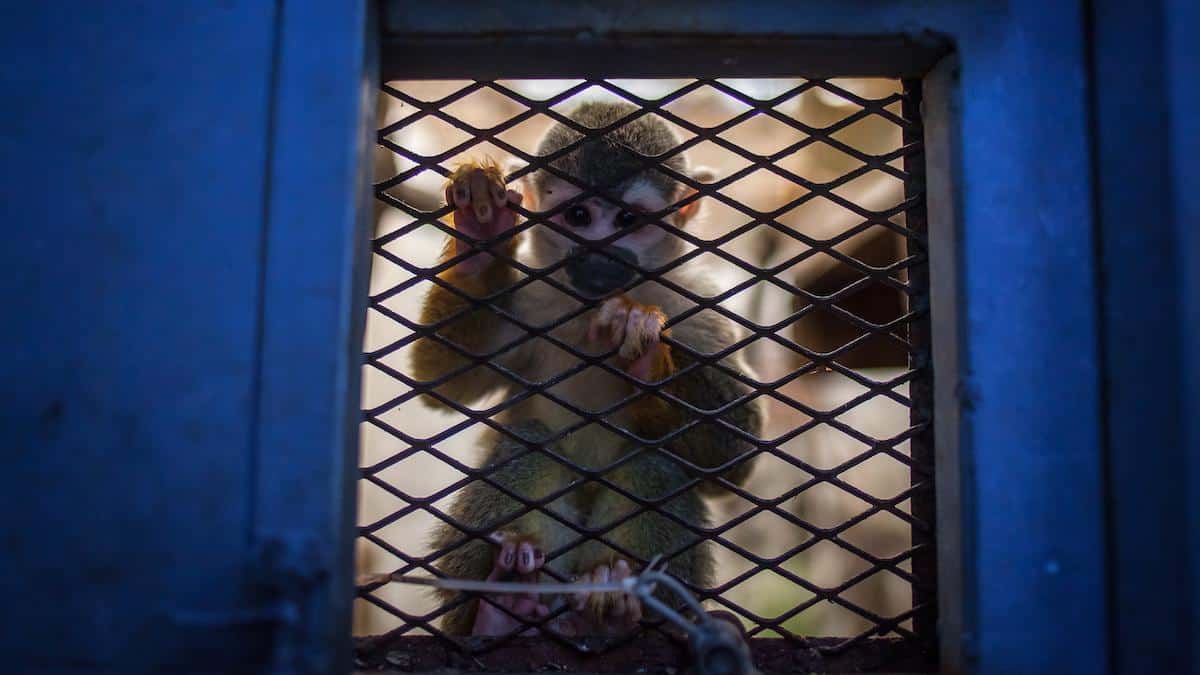 Brazilian authorities point to Russian biologist Kyrill Kravchenko as an international wildlife trafficker. They had been monitoring him since 2017, after he was arrested in the Netherlands with rare wildlife from Brazil in his possession. In mid-January this year, as he tried to board a plane to Russia at São Paulo’s international airport, they intercepted him.

In his carry-on baggage, they found more than a hundred lizards, spiders and frogs, all captured from southern and southeastern Brazil. Kravchenko was released soon after questioning.

In June, Brazilian authorities made another arrest of a man they identified only as Russian, carrying another batch of animals, this time in the state of Rio de Janeiro. Officials would not confirm whether it was Kravchenko, since he was not carrying a passport, but said his passport had been seized earlier this year.

On July 15, Kyrill Kravchenko was arrested in a joint operation by IBAMA, the federal environmental protection agency, and the Federal Highway Police and Interpol.

Foreign and domestic wildlife traffickers have long made Brazil one of the leaders of animal seizures in air transportation in Latin America and the Caribbean; Mexico and Colombia round out the top three. Wildlife confiscations in the aviation sector account for more than a fifth of regional wildlife trafficking cases.

There were 281 such seizures between 2010 and 2020 in Latin America and the Caribbean. The traffickers were stopped at airports in 84 cities, trying to reach 53 countries during this period.

C4ADS, based in Washington, DC, handles global civil aviation data and contributed to the first report by USAID on wildlife smuggling routes and methods in Latin America and the Caribbean.

The study is part of the Routes program (Reducing Opportunities for the Illegal Transport of Endangered Species), a partnership between various government agencies, logistics and transport companies, and environmental NGOs such as TRAFFIC and WWF. 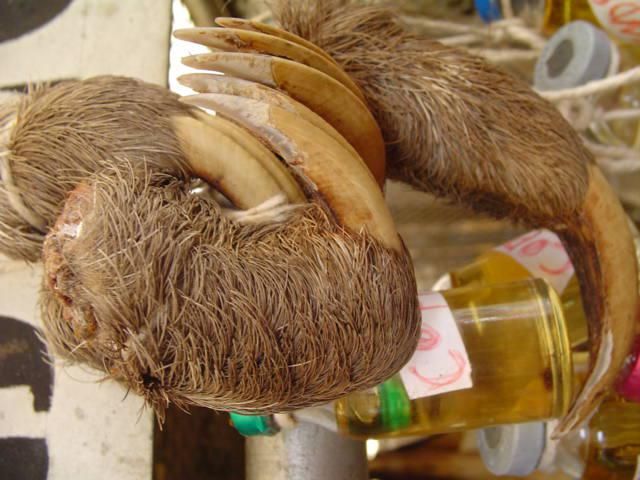 The scale of wildlife trafficking in the 33 Latin American and Caribbean countries is eclipsed only by that in Asia. The airports of São Paulo and Manaus in Brazil, and Mexico City and Tijuana in Mexico, accounted for 38% of seizures in the region between 2010 and 2020. In Colombia, a third of the country’s total seizures were made at the airport in Leticia, on the border with Brazil and Peru — highlighting the city as one of the trafficking gateways out of the Amazon.

While international trafficking garners the headlines, in Brazil much of the illegal wildlife trade serves the domestic market: seven out of 10 seizures there involved a destination inside the country, with the rest destined for the European Union and the rest of the Americas.

“It makes sense that we are a major source of trafficking. We are a mega diverse country with huge borders under low surveillance,” said Juliana Ferreira, executive director of Freeland Brazil, an organization that fights against illegal wildlife trade. “There are also serious problems regarding traceability between illegal species and those bred in captivity, which allows the ‘laundering’ of trafficked animals for the domestic and foreign markets.”

According to the USAID report, law enforcement officers found 65 species in the seizures made between 2010 and 2020 in Latin America and the Caribbean. The study notes that traffickers often carry live animals in their carry-on bags, and animal parts like shark fins, totoaba fish bladders, and jaguar skins and teeth concealed in their checked luggage.

Fish and reptiles are better able to survive long flights in confined spaces, the report found, though birds are the most trafficked animals out of the region. Top destinations include Brazil, the Netherlands, Germany and the United States. In New York and other cities, birds sold illegally are even used in fights.

Some of the fish most sought after by traffickers are the zebra pleco (Hypancistrus zebra) and pirarucu or arapaima (Arapaima gigas). Endemic to the Brazilian Amazon, the zebra pleco is a prized aquarium fish that has soared in value since the Belo Monte hydroelectric dam changed the flow of its native Xingu River in Pará state and increased the risk of its extinction in the wild. The pirarucu, a massive Amazonian fish, one of the largest freshwater fish in the world, is hunted for its meat, skin and scales.

Trafficking threatens the survival of numerous species globally. Latin America and the Caribbean alone are home to four out of every 10 known species on the planet, but native animal populations have fallen by an average of 94% since the 1970s, according to WWF’s Living Planet 2020 report. Deforestation, hunting and other pressures have contributed to the declines.

The wildlife trade also threatens public health, as underscored by the ongoing COVID-19 pandemic. The USAID report notes that 40% of airport seizures during the study period involved live specimens that could potentially spread diseases to people. International investigations haven’t ruled out that COVID-19 originated from wild animals.

A report by World Animal Protection released in May listed numerous legal and enforcement loopholes in the G-20 group of countries, which includes Brazil and many of the destination countries for trafficked wildlife, that paint a broad “picture of permissiveness to wildlife exploitation.” 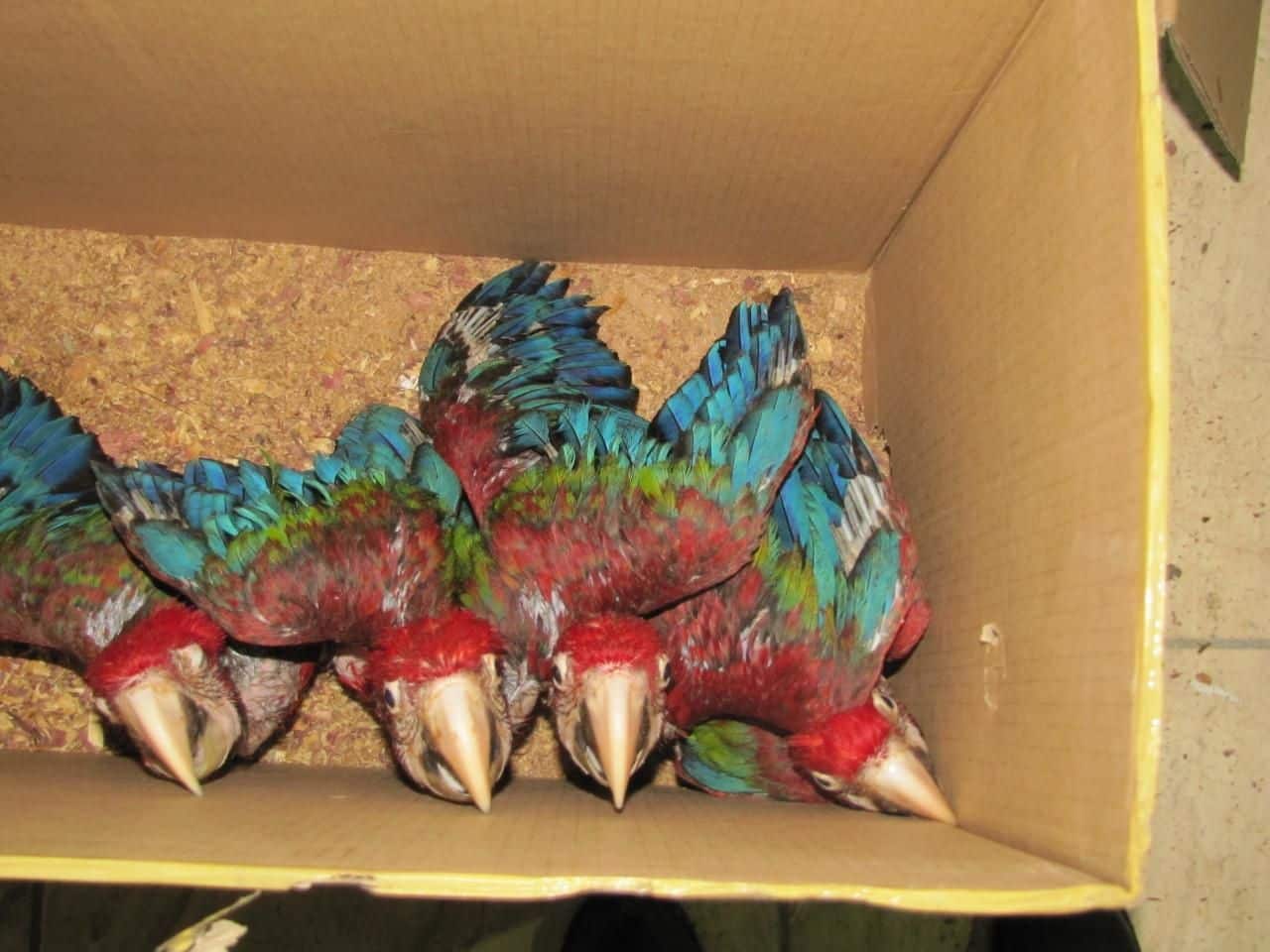 “Although the global focus remains on the implementation of vaccination, virus prevention cannot be ignored, as estimates say that more than 320,000 mammalian viruses are on the verge of being discovered,” said Helena Pavese, executive director of World Animal Protection. “We can no longer ignore the dangers of wildlife trade.”

Recommendations to fight trafficking include reducing demand from buyers, building and maintaining integrated databases between countries and regions, increasing collaboration with air transport companies, and training and expanding the number of agents in customs and airports. “Some measures may not be implemented simply because illegal wildlife trade is not historically prioritized as a problem,” said Peyronnin from C4ADS. “We hope our report will provide evidence and amplify the global relevance of the issue.”

Mongabay tried to contact the Brazilian Federal Police and IBAMA, who are responsible for investigating and monitoring wildlife trafficking through domestic air transportation, but didn’t receive a response.