What Does the World Need to Understand About Wildlife Trafficking? At first glance rhinos, pangolins and jaguars don’t seem to have much in common.

But there are a few things that link them. For one thing, they’re all targets of poachers and smugglers, who traffic in their body parts and threaten the species with extinction.

For another, all three species have benefited from the hard work of Rhishja Cota, founder of the wildlife advocacy organization Annamiticus (named after the extinct Vietnamese Javan rhino). 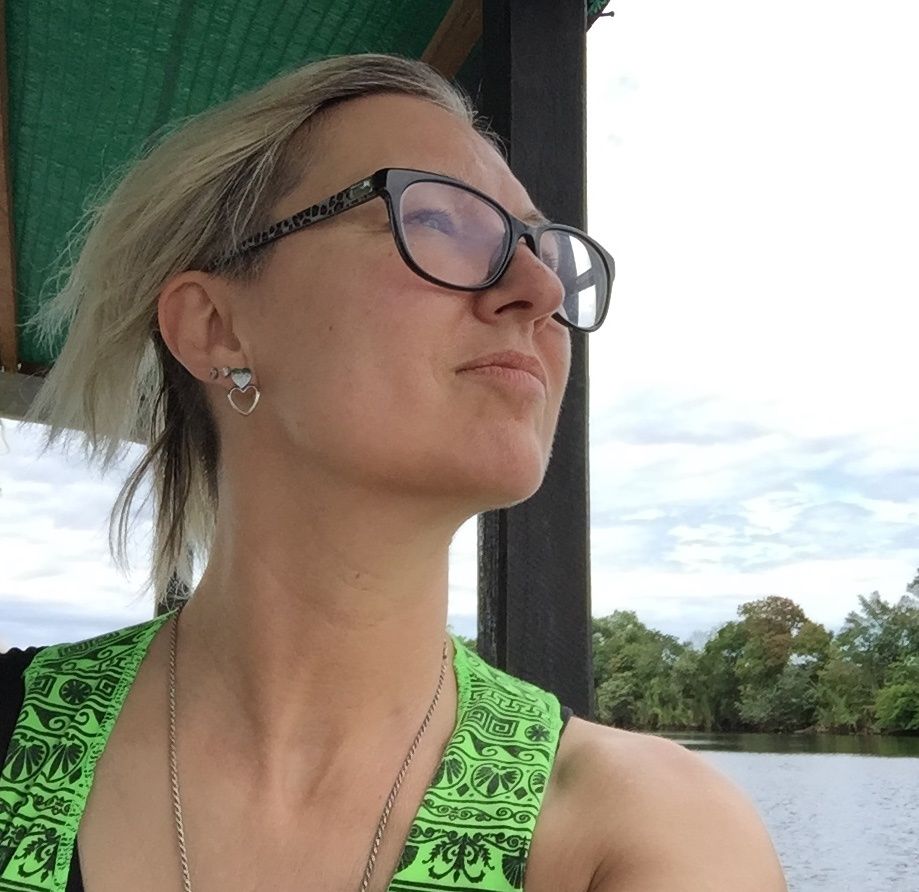 From her home base in Tucson, Ariz., Cota travels around the world in her quest to protect these and other species from wildlife trafficking. She’s pushed for improved enforcement of existing laws and helped to educate the public about issues related to imperiled species. Cota has also authored hundreds of articles about conservation, as well as a special field guide to help customs agents and other enforcement issues identify pangolins and their body parts, which have become the most heavily trafficked animals in the world.

As Cota prepared to leave for Geneva for this month’s meeting of the Animals Committee of the Convention on International Trade in Endangered Species of Wild Fauna and Flora (CITES), she spoke with us about her latest efforts to protect imperiled wildlife and what the world needs to do better to prevent these species from falling into extinction.

You organize the annual World Pangolin Day. How far do you feel pangolin awareness has come since you launched this in 2012, and how much further do we need to go?

I have a soft spot for the underdog and so launching World Pangolin Day has been one of the most rewarding projects of my wildlife career.

It is fantastic to see that World Pangolin Day has grown into a global event which is now recognized by pangolin people all over the world—local on-the-ground conservation programs, schools, artists, big international NGOs , as well as high-profile institutions such as the United Nations (CITES), USAID and the IUCN.

Pangolins are listed on CITES Appendix I, which bans international trade, and of course are protected by national laws throughout their range. In my opinion, providing education and training to help “first responders”—law enforcement and customs officers—work collaboratively is critical for protecting pangolins. Additionally, the courts need to treat wildlife crime cases with the utmost seriousness. Wildlife crime is organized crime, not an “animal rights” issue.

You also recently launched plans for World Jaguar Day, to be held June 11, 2019. What inspired this, and what do you hope to accomplish in the nearly one-year lead-up to the first event?

I have been following the global wildlife trafficking crisis for about 10 years now. I can’t say I was at all surprised when illegal trade in jaguar teeth and bones surfaced and was linked to the famously insatiable Chinese demand for big cat body parts.

As a resident of the Tucson, Arizona, area, the jaguar’s in my backyard. I believe if we shine the spotlight on the jaguar—let the rest of the world know that the biggest cat in the Americas is facing the same threat as tigers and lions and leopards—maybe we can get ahead of the situation before it gets out of control, like it has with tigers.

Plans for the 2019 launch of World Jaguar Day were hatched in April of this year, actually. Then in May, I attended the Madrean Conference here in Tucson and spent a day immersed in the state of the jaguar.

What really struck me is the approach of treating jaguars throughout their range as one population—including the United States. We need to stop saying “a few remnant individuals in the U.S.” According to the jaguar experts at the Madrean Conference, where there is one male jaguar, there is a female jaguar.

In the lead-up to World Jaguar Day, we will be profiling innovative jaguar conservation programs and educating the public and the media about jaguar issues. We will be digging into the unsavory issue of jaguar trade and publishing our findings.

What other species are you focusing on at the moment?

Like I said, I go for the underdog and as such, I’m taking a very close look at opportunities to help freshwater turtles and tortoises.

Looking at the broad world of wildlife trafficking, what progress or potential progress excites you the most lately?

Wildlife crime needs to be dealt with on par with other types of organized crime. I think that is starting to happen. Meaningful jail sentences are handed down more frequently than say five years ago, and I know that there are multiple law-enforcement training initiatives happening in Asia and Africa that are focused on wildlife crime.

What do you wish more people understood about the impacts of trade in wild species?

Despite all the evidence to the contrary, the media still runs with stories about “legal trade will save the species” and “farming wildlife to meet demand” and “selling stockpiles to fund conservation” without doing proper research, particularly on the law-enforcement challenges. The notion of supplying captive-bred species to commercial markets has been proven time and again to have a disastrous effect on wild populations, including tigers, bears, crocodiles and ivory stockpiles, to name just a few disasters. There is an abundance of literature on this topic, and certainly no shortage of wildlife trade policy experts—real experts, not wildlife breeders or pro-trade advocates—available for interviews.

In my opinion, when media outlets publish information that suggests legal trade, wildlife farming or selling stockpiles are options for saving wildlife, it can harm the efforts of legitimate wildlife conservation organizations. When we are dealing with something as delicate and finite as wildlife, media and communications professionals should strive to educate the public, not confuse or hoodwink for the sake of a headline or more clicks.