Will You See Wildlife Crossings on Your Vacation? 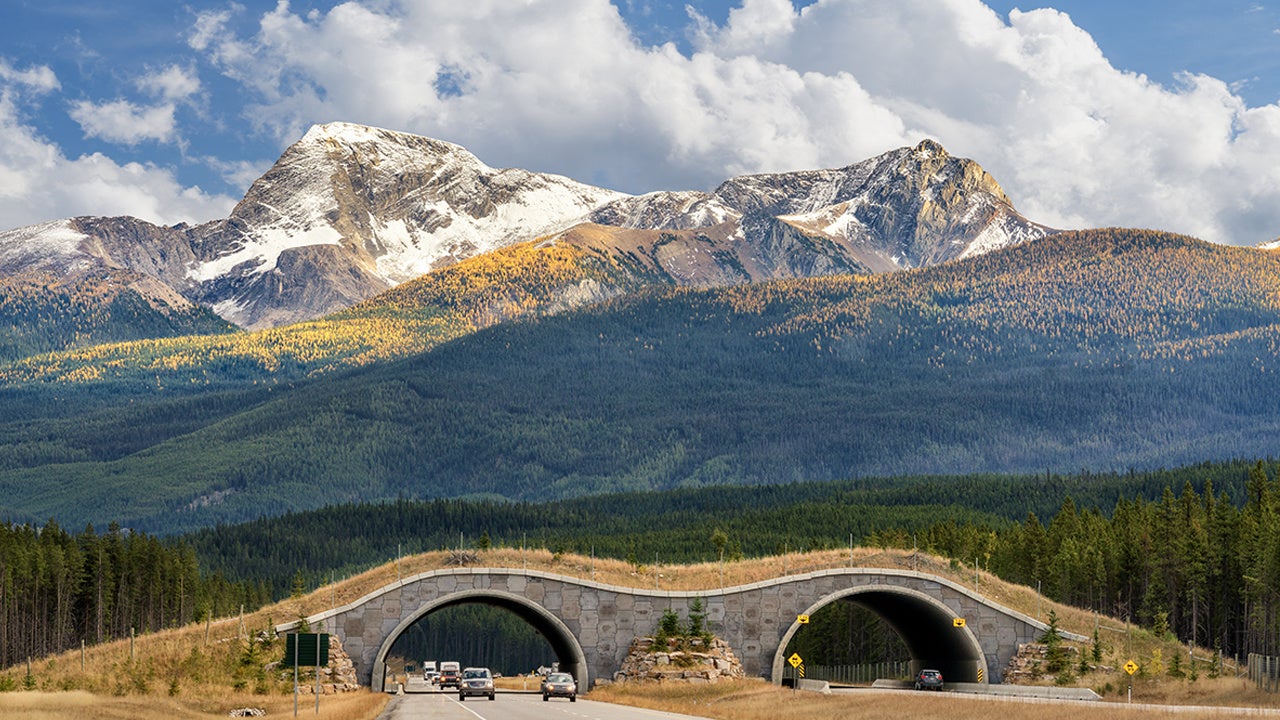 It is now officially summer and that means many Americans are packing up the family truckster like the Griswolds and taking the tribe cross country. Whether you’re on your way to America’s favorite family fun park or a national park, staying in a motel or sleeping under the stars, you may be seeing wildlife in their native habitat. And if you keep your eyes open, you might see a special part of our built environment ー a wildlife crossing.

What is a wildlife crossing?

Wildlife crossings are clever, man-made structures built over or under highways that allow animals to cross the roadway without having to enter the right of way, preventing deadly accidents. In addition to preventing wildlife-vehicle collisions, they reconnect habitat that has been carved up by roads, allowing animals to move safely around their habitat.

Unless you know where to look, you might not even notice them. Crossings may seem like a regular overpass or underpass from the road, but they have vegetation and other habitat features to make them more inviting for animals.

Which wildlife species use wildlife crossings?

Wildlife crossings help many different species, from muskrats to mountain lions ─ and yes, even Marty Moose! (The moosiest moose we know…)

Since animals can be picky about what kinds of structures they will use, crossings are specifically designed to fit snugly into the landscape around them, and are custom made for the species that will use them. Some critters that are more adaptable, like coyote and deer, will take to crossings right away, while others may take longer to get used to them. After all, the crossings are a new experience for them and can be scary at first.

Biologists believe each species’ preferences are based on their environment and how they evolved. For example, ungulates with antlers (deer, elk, moose) prefer open structures like an overpass. Smaller animals that are used to more cover are more comfortable in small crossings like a culvert. Eventually mother animals teach their young to use them, passing along the intergenerational knowledge just like other behaviors.

Where can we see a wildlife crossing? 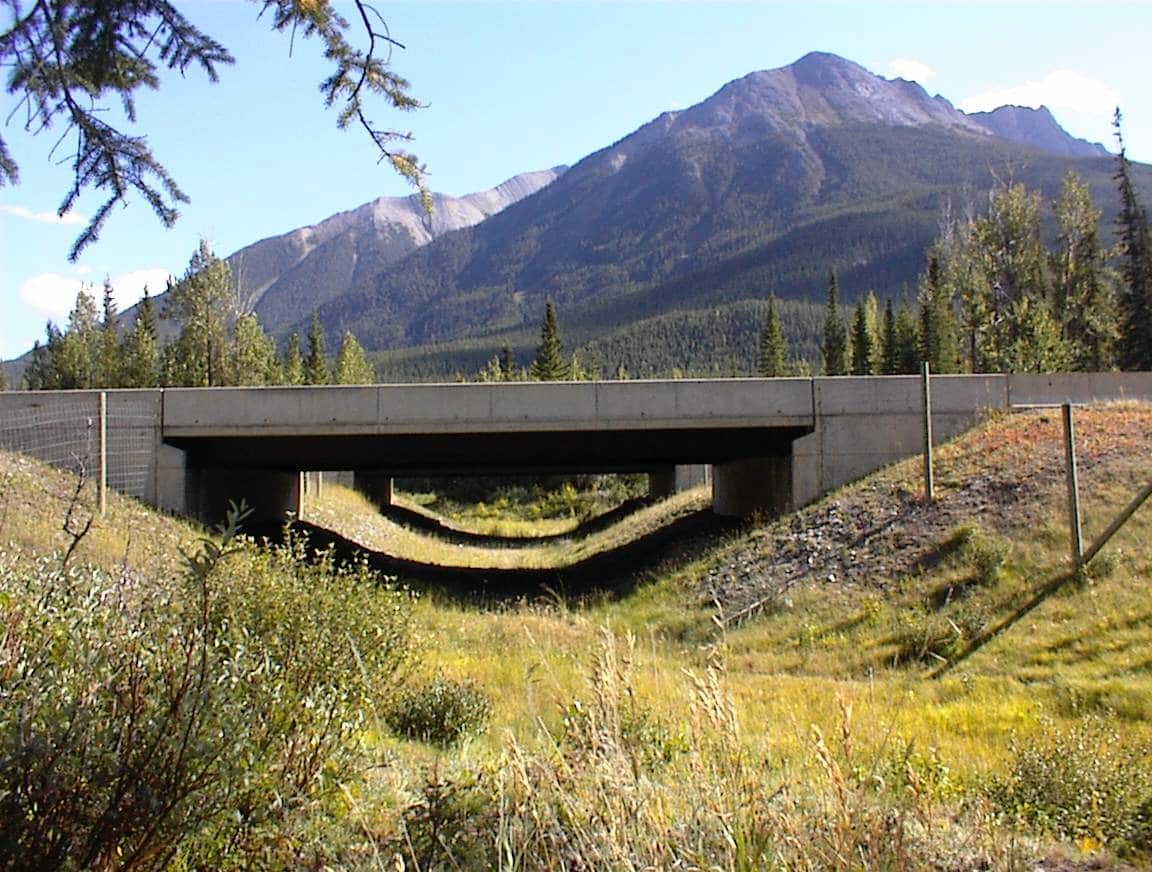 Although wildlife crossings are relatively new to the U.S., we have them from coast to coast. Here are just a few examples you might see this summer near popular destinations: 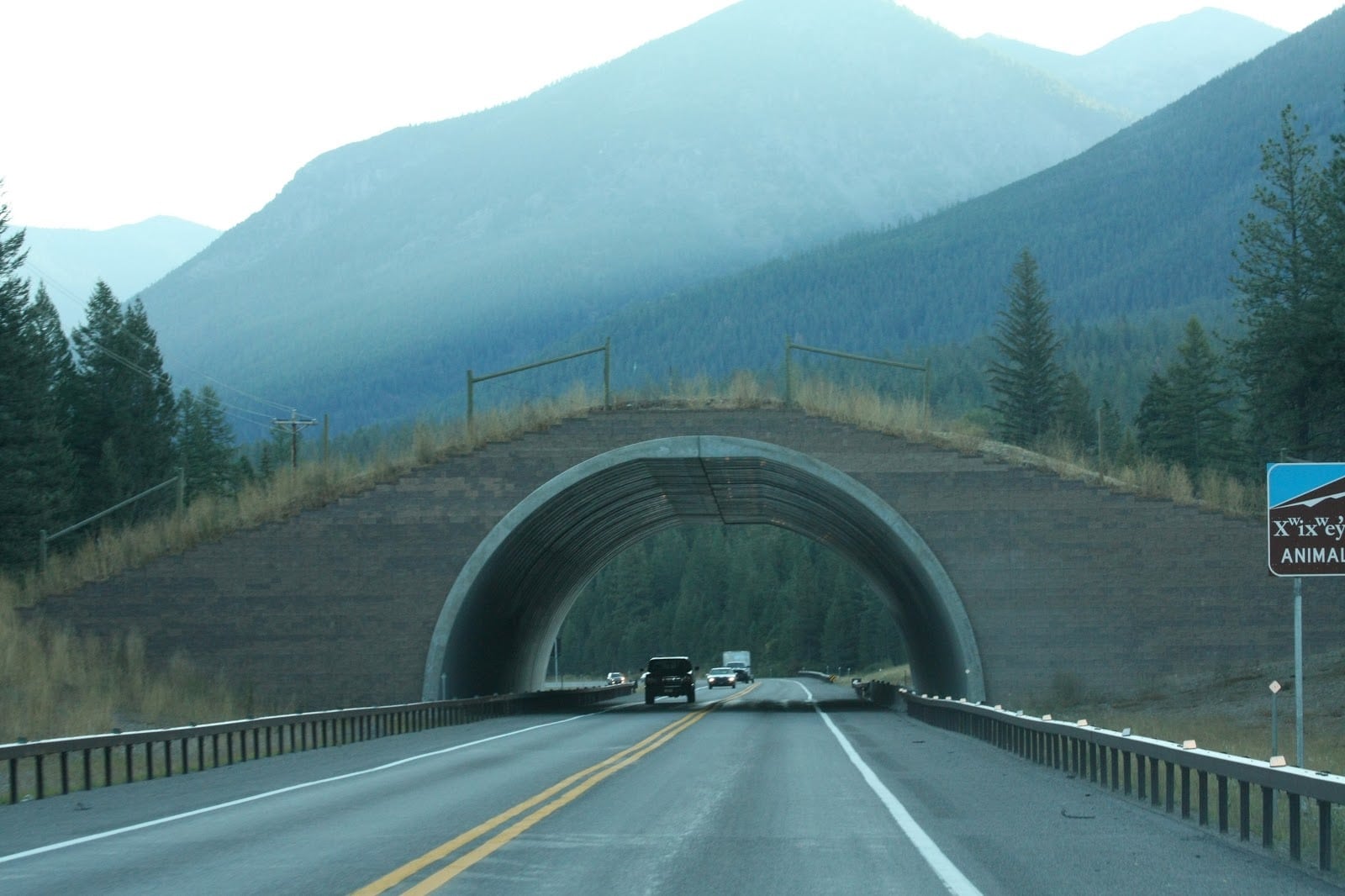 Are you motoring through the many mountains of Montana? Drive U.S. Highway 93 across the Flathead Indian Reservation to see the most extensive wildlife-sensitive highway design effort in the U.S. to date. A whopping 81 wildlife crossing structures were built over a 76-mile stretch of highway, keeping 25 species safe, such as elk, mountain lions, bobcats, badgers, grizzlies and black bears. 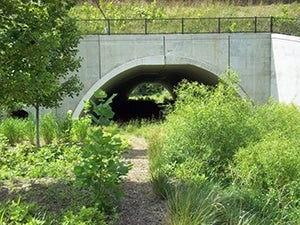 On your way to the beach, you may choose the 18-mile Intercounty Connector (ICC). Opened in 2011, the ICC has ten underpasses providing safe passage for deer, foxes, raccoons, groundhogs, skunks, snakes and great blue herons. 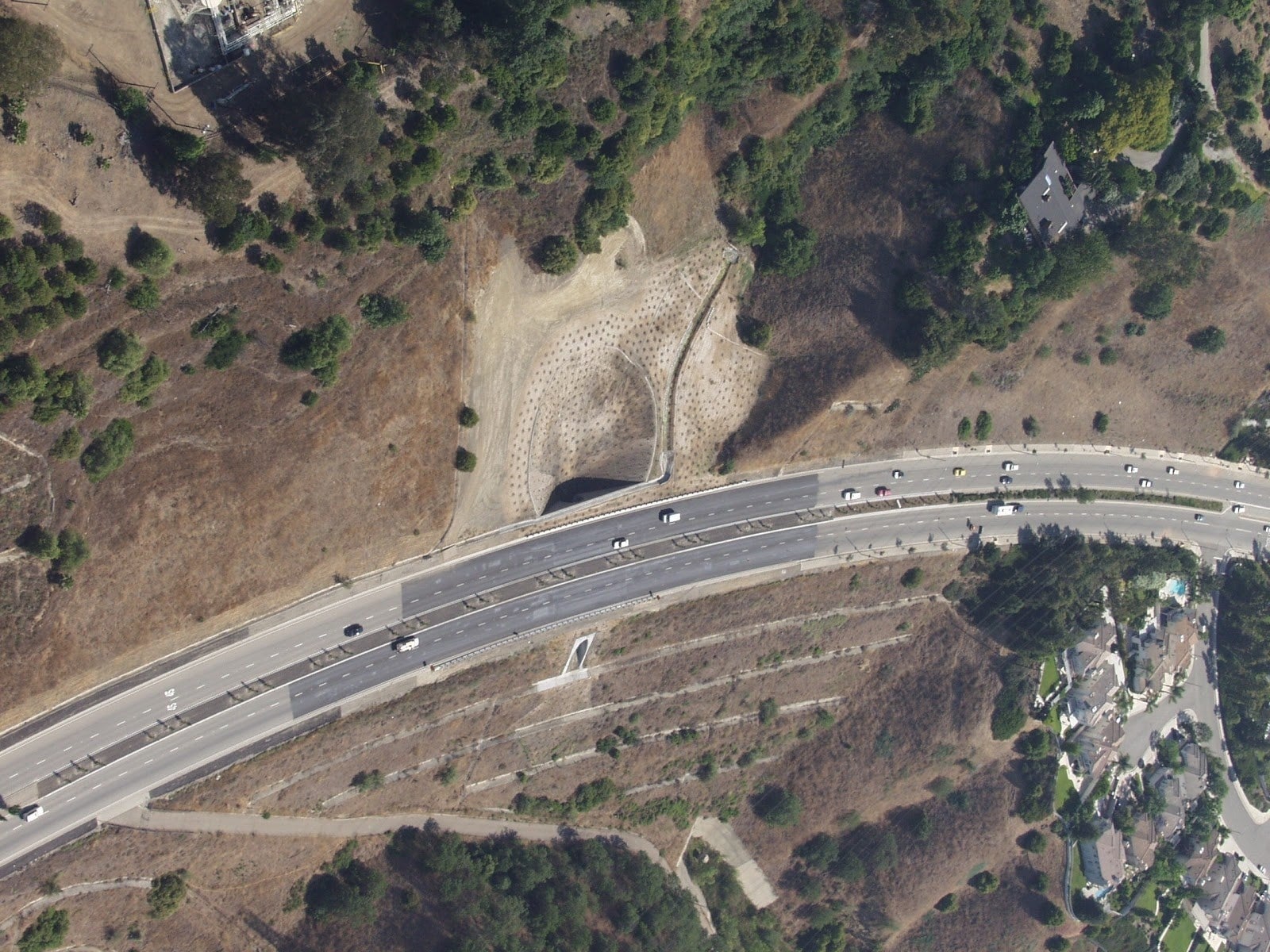 Wildlife in La-La Land? You bet! While you’re stuck in traffic on the 405, wildlife will be cruising along the 31-mile stretch of the Puente-Chino Hills Wildlife corridor. Along the way, they will pass through the Harbor Boulevard Wildlife Underpass, connecting 4,600 acres of protected habitat to the west with 14,000 acres to the east. Built in 2006, the underpass serves mule deer, coyotes, bobcats, squirrels, opossum, raccoons and jackrabbits. Without it, many of these species would have been trapped on the west side of Harbor Boulevard and possibly extirpated.

So after you drop off Aunt Edna in Phoenix, skip the house of mud and learn more about keeping wildlife on the move while you’re waiting in line at the world’s second largest ball of twine. Have a great summer!