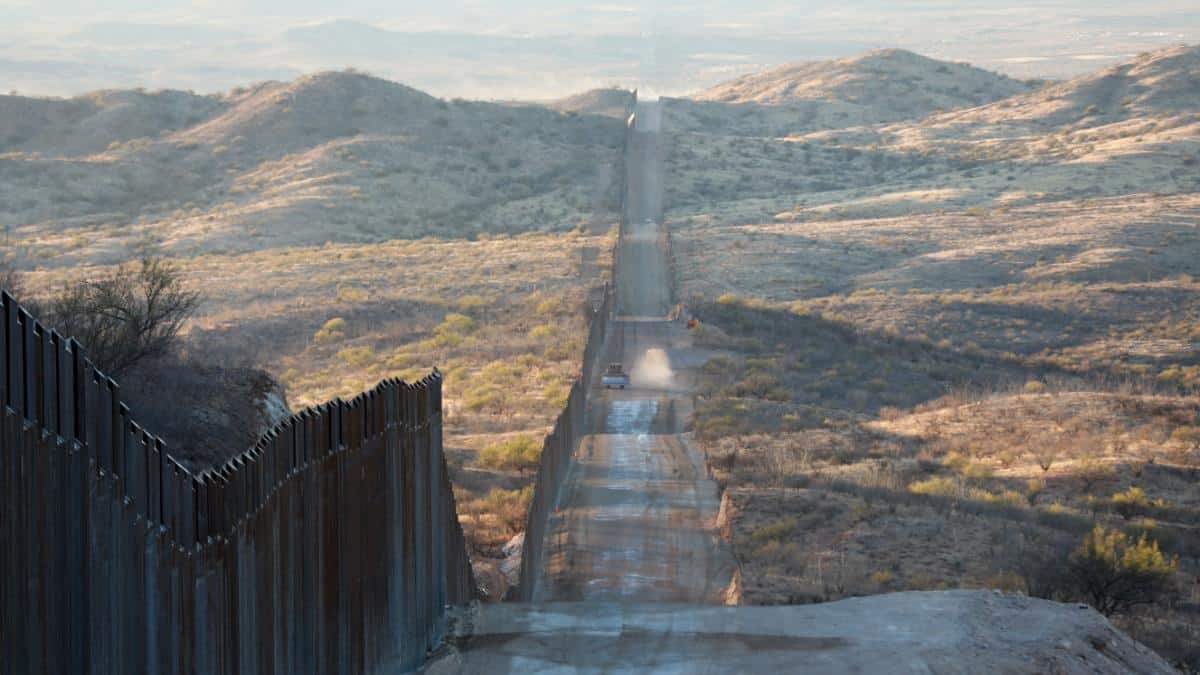 As parts of the world become drier and hotter, wildlife adapt by moving to more suitable habitats. But human-made borders could stand in the way, researchers warn.

A first-time study published by the Proceedings of the National Academy of Sciences, USA examined how human-made barriers could restrict wildlife movement as their habitats become uninhabitable due to climate change, Bloomberg Green reported.

“Species all over the planet are on the move as they respond to a changing climate,” Professor Stephen Willis of Durham University’s Department of Biosciences and the joint-study lead, told Durham University, according to Phys.org. “Borders that are fortified with walls and fences pose a serious threat to any species that can’t get across them.”

Researchers at Durham University in the UK studied about 80 percent of climate niches for land mammals and birds, and which temperature and precipitation pattern best suits their preferences, Bloomberg Green reported. Researchers then predicted where these niches would be if greenhouse gas emissions continued to rise, showing how they will dramatically shift over the coming decades.

By 2070, under a high-emissions scenario, 35 percent of mammals and 29 percent of birds are expected to have half of their climate niches in countries they are not currently found in, study authors wrote.

Researchers examined aspects that could restrict wildlife from moving to more suitable areas. Human-made physical borders, such as walls and fences, could be an “overlooked obstacle to climate adaptation,” they noted.

Durham University reported that borders between the U.S. and Mexico, China and Russia and India and Myanmar pose the biggest ecological threats.

While past research has identified ecological damage caused by the U.S.-Mexico border wall, researchers said their findings show this damage could be worse than previously expected and that this border could be “one of the worst international borders on the planet along which to build such a wall.”

Researchers predict that the U.S.-Mexico border wall could prevent 122 species from finding a new climate niche. These barriers could also “destroy habitats, fragment populations, [and] prevent dispersal and migration,” the authors wrote.

The Mexican gray wolf is among the most threatened, Sierra reported.

As of early last year, the U.S. contained about 131 Mexican grey wolves, while the Mexican population numbered around 20 to 30, Maggie Howell of the Wolf Conservation Center told Sierra. Although these numbers were at a population high since the wolves were reintroduced in the 1990s, Trump’s border wall hampered their ability to grow, Sierra reported.

“The fact that something everybody in the recovery of Mexican gray wolves is working toward is now literally being blocked off… I’m feeling the devastation to this subspecies,” Howell told Sierra last year. “We are blocking off a chance for these animals to one day be a self-sustaining, healthy, recovered population.”

However, the Biden administration plans to terminate additional border wall construction, which could further help rebuild the Mexican gray wolf population. It could also boost the endangered Sonoran pronghorn population that lives near the border.

But as climate change becomes more severe, ending border wall construction may not be enough to conserve some wildlife species. That’s why the authors also call for “cooperation across national boundaries to minimize biodiversity loss in the face of global change.”

Developing conservation initiatives and habitat corridors that transcend national borders is necessary for the future of their survival, Durham University reported.

“Our findings show how important it is that species can move across national boundaries through connected habitats in order to cope with this change,” Willis told Durham University, according to Phys.org. “If we’re serious about protecting nature, expanding transboundary conservation initiatives and reducing the impacts of border barriers on species will be really important — although there’s no substitute for tackling the greenhouse gas emissions at the root of the issue.”