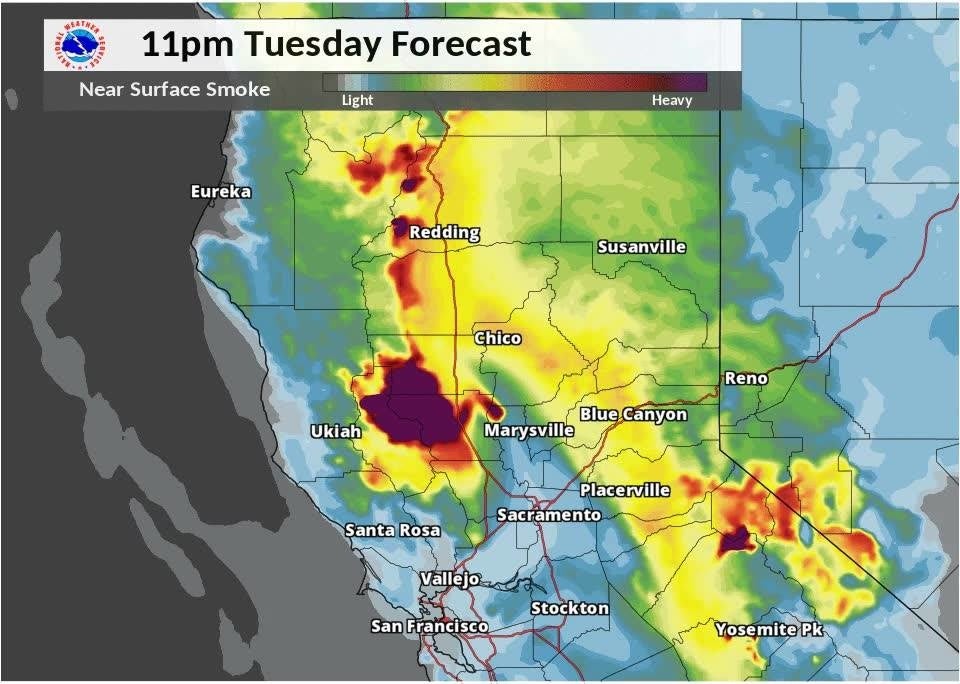 The destructive
wildfires currently raging in the American West have produced so much smoke that it can be observed in the majority of U.S. states, the Weather Channel reported.

Varying concentrations of smoke have spread as far east as Lake Superior and Hudson Bay, and as far south as Baja, California, the National Oceanic and Atmospheric Administration (NOAA) said Monday.

The thickest smoke can be observed across much of California, Oregon, eastern Washington, northern Nevada, northern Utah, southern Wyoming, northern Colorado and southwestern Nebraska, according to NOAA.

There are 18 active fires in California alone, including the Mendocino Complex Fire, which was recently declared the largest in state history, and eclipsed last year’s Thomas fire which burned 283,800 acres in Ventura and Santa Barbara.

“California burning. These fires are frightening to watch, even from space. Here’s a shout-out from space to all firefighters on this planet, my former colleagues. Stay safe my friends!” Gerst tweeted Aug. 3.

California burning. These fires are frightening to watch, even from space. Here's a shout-out from space to all firefighters on this planet, my former colleagues. Stay safe my friends! pic.twitter.com/y7PNmR006b

Officials have issued air quality advisories to dozens of communities surrounding the wildfires.

The National Weather Service warns that exposure to particle pollution can cause serious health problems, aggravate lung disease, cause asthma attacks and acute bronchitis and increase risk of respiratory infections.

The West’s string of destructive wildfires has been attributed to climate change, as drought and heat waves combine to increase the risk that dry vegetation will ignite.

“It is our changing climate that is leading to more severe and destructive fires,” deputy chief of the California Department of Forestry and Fire Protection Scott McLean told The Huffington Post Monday.