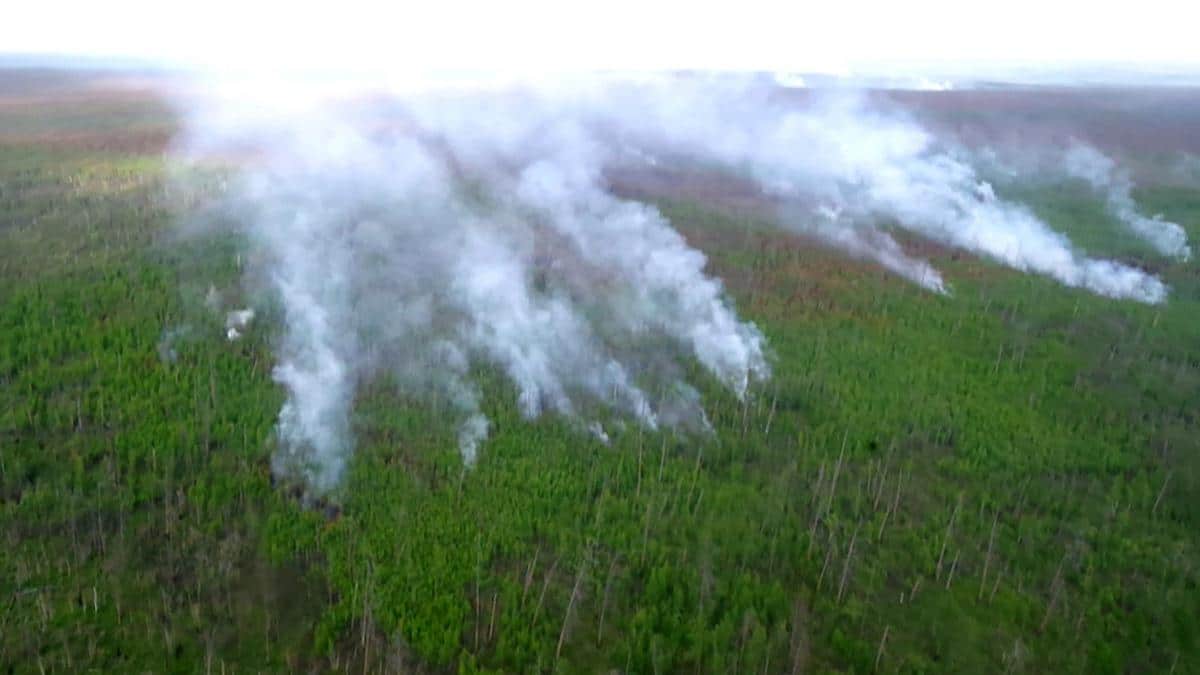 According to the European Union’s Copernicus satellite monitoring service, wildfires burning in the Siberian republic of Sakha, also known as Yakutia, have already emitted 505 megatons of carbon dioxide. Although the northern part of the region experiences some of the coldest temperatures on Earth, this winter brought record high temperatures.

The summer fires are being fueled by abnormally hot weather and a record 150-year drought, The Moscow Times reported. The United Nations report published Monday highlighted the past six years as the hottest on record worldwide.

Smoke fills the sky for roughly 2,000 miles from east to west and 2,500 miles north to south, stretching from the North Pole to Mongolia, and could also be seen over Nunavut, Canada and western Greenland, the NASA report revealed. 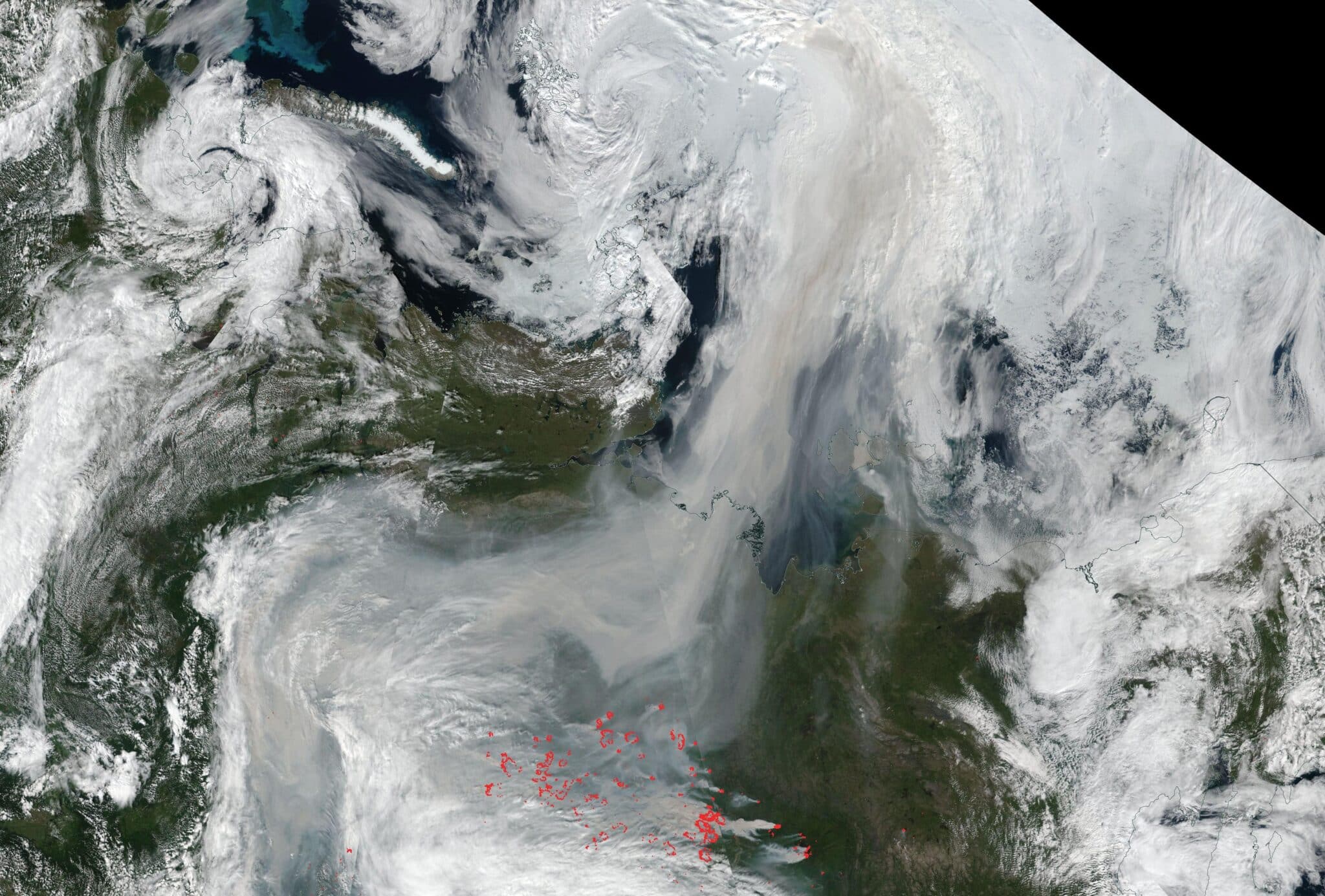 A satellite image shows fire hot spots and smoke stretching from Russia to the North Pole on Aug. 2, 2021. NASA Worldview

The wildfires in Siberia are a very uncommon occurrence, NPR said, and the region houses part of taiga forest, which is often covered in permafrost, according to National Geographic.

“The Republic of Sakha, Russia’s largest territory, used to be known as the Kingdom of Permafrost, (now) is turning into the Capital of Wildfires,” an Aug. 2 piece on the local impact of wildfire smoke published in the Siberian Times said. At the time, an estimated two million hectares of the Republic had burned this year.

This year’s wildfires have burned more than 14 million hectares across Russia so far, making 2021 the second-worst fire season in the past two decades, The Guardian reported.

A lethal combination of extreme drought and heat has made this a record-breaking wildfire year across the planet, especially in Europe and North America, said The Guardian. California’s Dixie Fire is the largest single fire in the state’s history, USA TODAY reported, and nearly 5,800 sq km of forest in British Columbia has burned since the spring, with months still left in the fire season, The Guardian said.