Wildfires Are Burning 5 Million Acres in Siberia and Eastern Russia 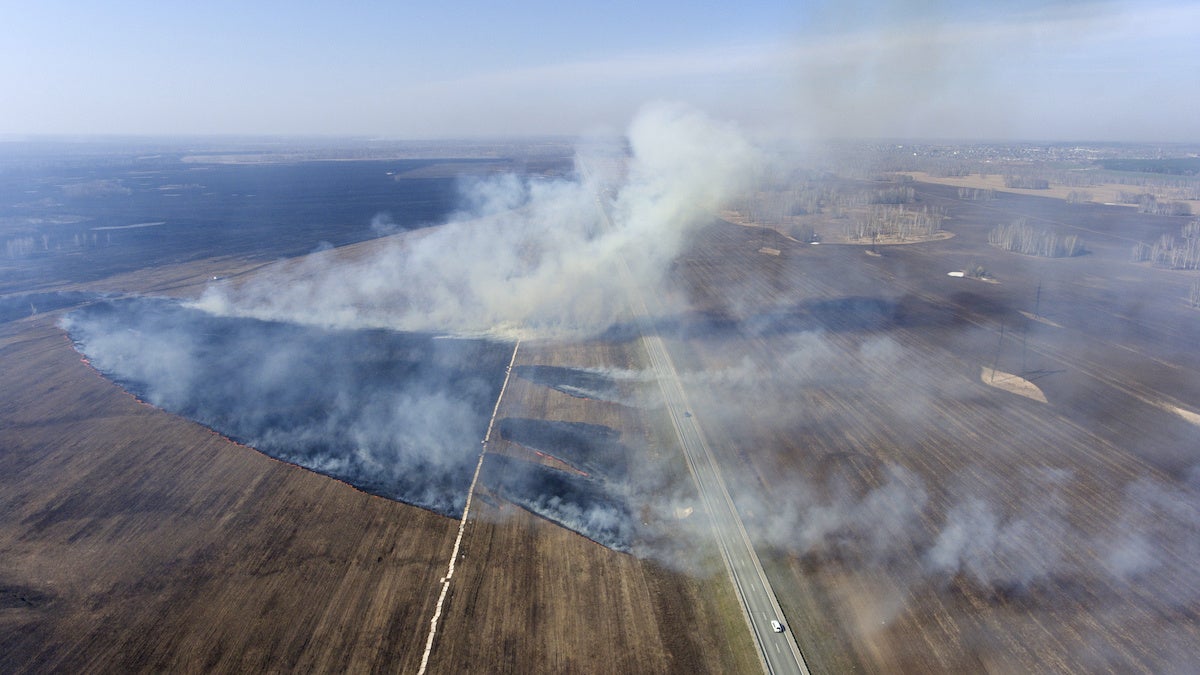 An aerial view of a grass fire in the fields in Bolotnoye District, Novosibirsk Region, south Siberia on April 23, 2020. Kirill Kukhmar / TASS via Getty Images

Wildfires in Siberia and the Russian Far East are as much as 10 times worse compared to this time last year, as the climate crisis and the coronavirus pandemic join forces to fan the flames.

As of April 27, ten times the amount of land was on fire in the Krasnoyarsk region compared to the same time last year, The Siberian Times reported. In Transbaikal, meanwhile, three times as much land was burning, and in the Amur region, there were 1.5 times as many fires.

“A critical situation with fires has developed in Siberia and the Far East,” Emergencies Minister Evgeny Zinichev said in a video conference with Russian President Vladimir Putin reported by The Siberian Times.

Experts and agencies outside Russia have also reported on the extent of the fires. London School of Economics geographer Thomas Smith told Earther that around five million acres of Russian forest and grassland were on fire, and the largest fire was one million acres total, around the size of Glacier National Park. 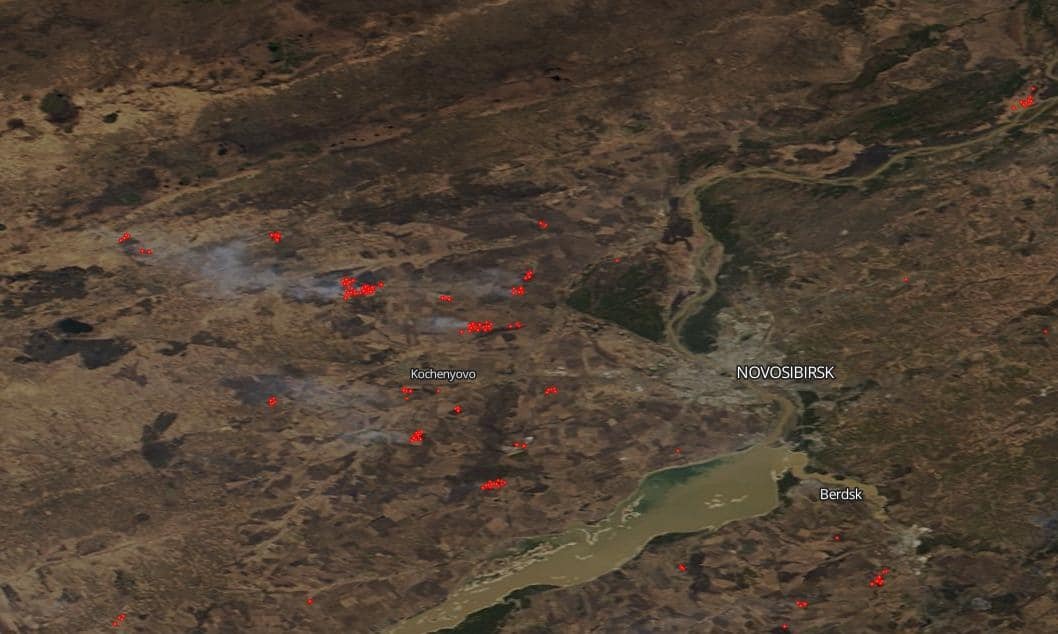 “On April 23, 2020, strong winds helped to push fires set by locals to dry grass out of control,” NASA wrote. “The regions of Kemerovo and Novosibirsk among others have been the hardest hit to date. Nine Siberian regions have been affected by these wildfires. Clouds of smoke have swept across the Siberian landscape.”

In Novosibirsk, around 50 homes were burned and in Kemerovo, 27, The Siberian Times reported.

Human activity provides the immediate spark for the fires. Farmers burn dry grass even though the practice was banned in 2015, and, this year, the coronavirus lockdown has made the situation worse.

“People self-isolated outdoors and forgot about fire safety rules,” Russian forestry chief Sergei Anoprienko told The Siberian Times. “In some regions, the temperature is already around 30C, and people just can’t keep themselves in their apartments. People rushed outdoors, and as a result we have a surge of thermal points.”

But human activity is also behind the conditions that make the fires more likely. Russia is warming 2.5 times faster than the rest of the planet, and last winter was so warm that Moscow had to truck in artificial snow for a New Year’s display, The Guardian reported. Wildfires in Siberia in summer 2019 got so bad that the government was forced to declare a state of emergency. The fires came as June 2019 temperatures in Siberia were almost ten degrees Celsius warmer than average. 2020 is now shaping up to be a difficult fire year as well.

“A less snowy winter, an abnormal winter, and insufficient soil moisture are factors that create the conditions for the transition of landscape fires to settlements,” Zinichev told The Siberian Times. He also said unusually hot weather was combining with strong winds to fan the flames.

2020 could be a bad year for wildfires across the globe, Earther pointed out. The Amazon’s fire season could be worse than last year’s and California only got half of its normal precipitation this winter.