Wildfires Erupt in Greece, Killing Scores and Injuring More Than 100 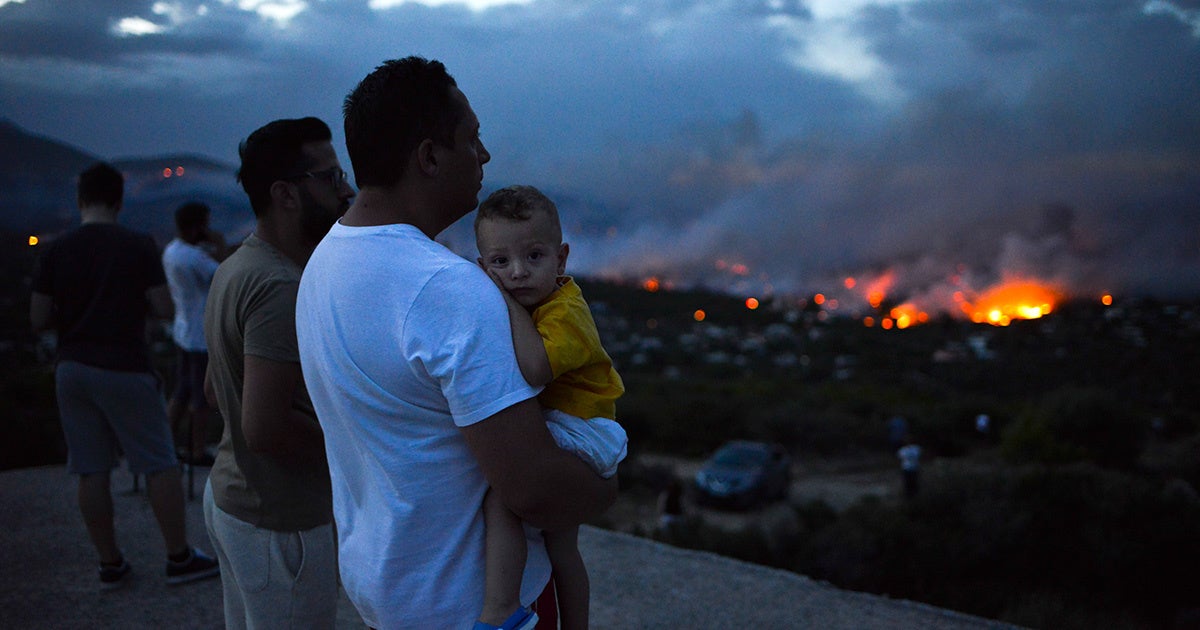 The fires, which have injured at least 150, are the worst Greece has seen in more than a decade.

“Today Greece is mourning, and in memory of those who were lost, we are declaring a three-day period of mourning,” Tsipras said, as ABC News reported. “But we mustn’t let mourning overwhelm us, because these hours are hours of battle, unity, courage and above all solidarity.”

The Spanish government sent two planes to help fight the blazes, ABC News reported. France, Italy, Germany and Poland also answered Greece’s request for help with equipment and firefighters, BBC News reported. The firefighters need to work quickly, since temperatures in the area are expected to rise later this week.

Greece is prone to wildfires in the hot, dry summer months, according to BBC News, but this year’s are the worst since 2007 blazes killed dozens. There is some speculation among officials that the fires could have been sparked by arsonists looting old homes.

A 2009 World Wildlife Fund and National Observatory of Athens assessment on the near-future impacts of climate change in Greece projected increased temperatures and drier winters would augment fire risk.

One fire that started Monday especially devastated the village of Mati in the Rafina region, which is a popular holiday destination, according to BBC News.

It subsided with lower winds on Tuesday, but was not entirely under control, Al Jazeera reported.

Villagers ran towards the sea for relief from the flames, but some did not make it, according to BBC News.

In one tragic incident, the bodies of 26 adults and children were found hugging each other feet from the sea.

Those that did make it to the water’s edge, where they were rescued by both government and private boats.

“We’re talking about a biblical catastrophe in this wonderful area of Mati,” fire survivor George Vokas told BBC News. Vokas and his family survived, but the flames destroyed their car and home. Two women he had tried to help had died, Vokas told BBC News.

Vokas wasn’t the only one to lose his possessions. The streets of Mati were lined with burned out cars, Al Jazeera reported.

“Mati doesn’t even exist as a settlement anymore,” Al Jazeera reported that a woman told Greece’s Skai TV. “I saw corpses, burned-out cars. I feel lucky to be alive.”

In Greece, today, people are jumping into the ocean to escape rapidly advancing wildfires.

So far, this is Greece's hottest year on record.