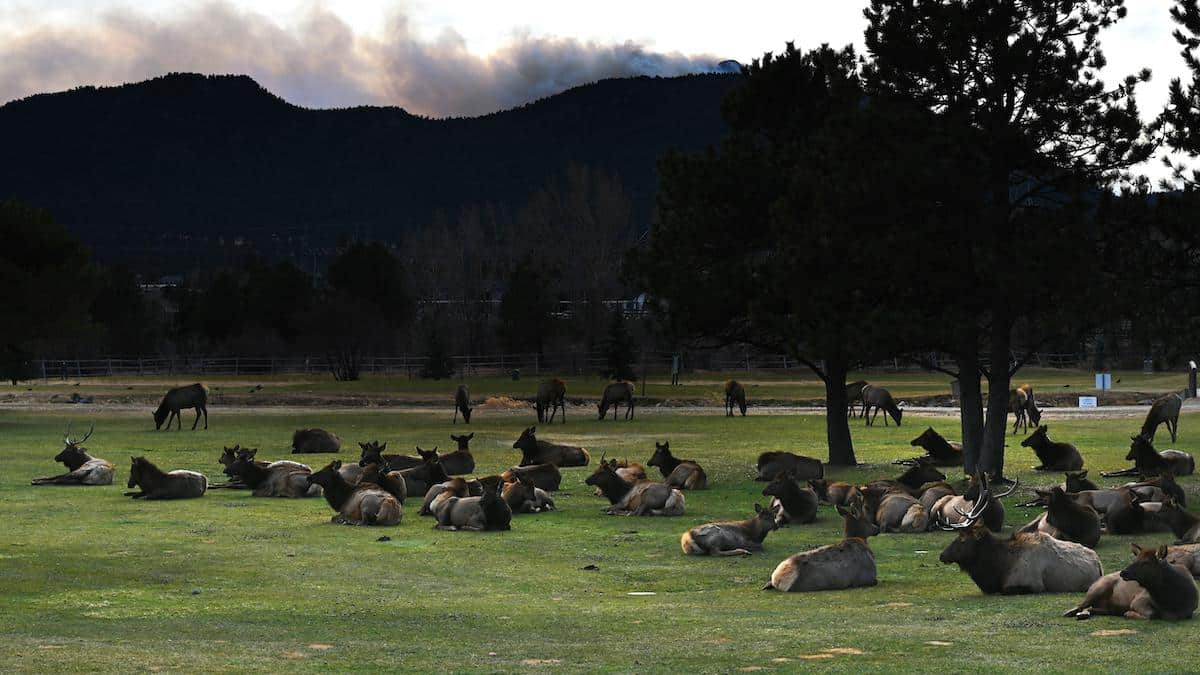 Wind-whipped fires are burning in Montana, Wyoming, and Colorado.

In November. Montana, communities in and around Absarokee were evacuated as hurricane-force winds fueled a blaze that burned as much as 5,000 acres and was completely uncontained as of Tuesday afternoon. A grass fire in Clark, Wyoming, also burned 300 acres, including multiple structures, and killed at least one person.

The Kruger Rock Fire is forcing evacuations in Estes Park, Colorado near Rocky Mountain National Park. As of Tuesday evening, the fire had incinerated 133 acres and was just 15% contained as strong winds created dangerous conditions and a firefighting plane crashed Tuesday night, killing the pilot.

Climate change, caused by the extraction and combustion of fossil fuels, is lengthening the fire season. “Maybe 20 years ago we would have definitely been covered in snow by now, and now the snow is coming later and melting sooner,” Adam Mahood, a postdoctoral researcher at Earth Lab at the University of Colorado Boulder, told the Daily Camera.

Colorado is increasing its program to use incarcerated people to perform fire prevention and mitigation projects.