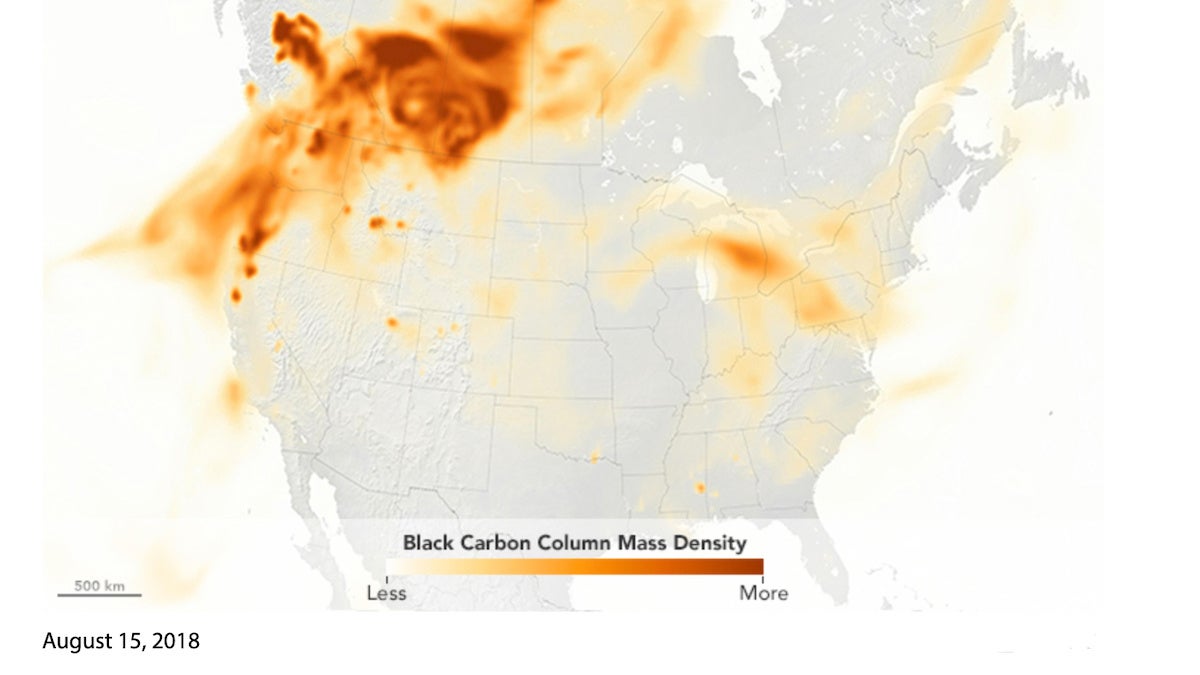 New York City isn’t known for having the cleanest air, but researchers traced recent air pollution spikes there to two surprising sources — fires hundreds of miles away in Canada and the southeastern U.S.

According to a study published this week in the European Geosciences Union’s journal Atmospheric Chemistry and Physics, researchers at Yale University monitored air quality at several locations in the New York City metropolitan area and at the Yale Coastal Field Station in Guilford, CT, and found two spikes in air pollutants during August 2018 resulting in ozone advisories in both New York City and Connecticut.

They traced the first pollution spike between August 16-17 to historic wildfires on Canada’s west coast. By August, British Columbia had declared 2018 its worst wildfire season on record, with 534 fires burning more than 8,000 square miles, according to The CBC.

A second spike from August 27-29 was connected with controlled burns in the southeastern U.S., The Daily Mail reported.

The pollutants they detected included black carbon and particulate matter with a diameter under 2.5 micrometers, called PM2.5, which are common components of smoke from biomass burning and harmful when inhaled.

Previous research has shown that PM2.5 exposure is associated with a number of diseases — including lung and brain cancer, cardiovascular disease and dementia — and even levels allowed by the U.S. Environmental Protection Agency could be responsible for 200,000 deaths per year in the U.S.

The reason why the PM2.5 pollution traveled hundreds of miles from its sources to the northeast over the course of up to a week, the researchers explained, is that it lasts longer than more reactive components of the smoke which are chemically transformed nearer to the source.

A report from The American Lung Association last year found that New York City was already the tenth worst U.S. city for ozone pollution, but the Yale researchers believe the effects of smoke from faraway wildfires will increasingly pose a threat to residents there and across the northeast due to climate change.

“When people are making predictions about climate change, they’re predicting increases in wildfires, so this sort of pollution is likely going to become more common,” lead author Haley Rogers, an undergraduate student when the study was conducted, said in a press release. “So when people are planning for air pollution and health impacts, you can’t just address local sources.”