‘The Fire Is Still Out of Control’: Fast-Moving Wildfire Burns in Southern California 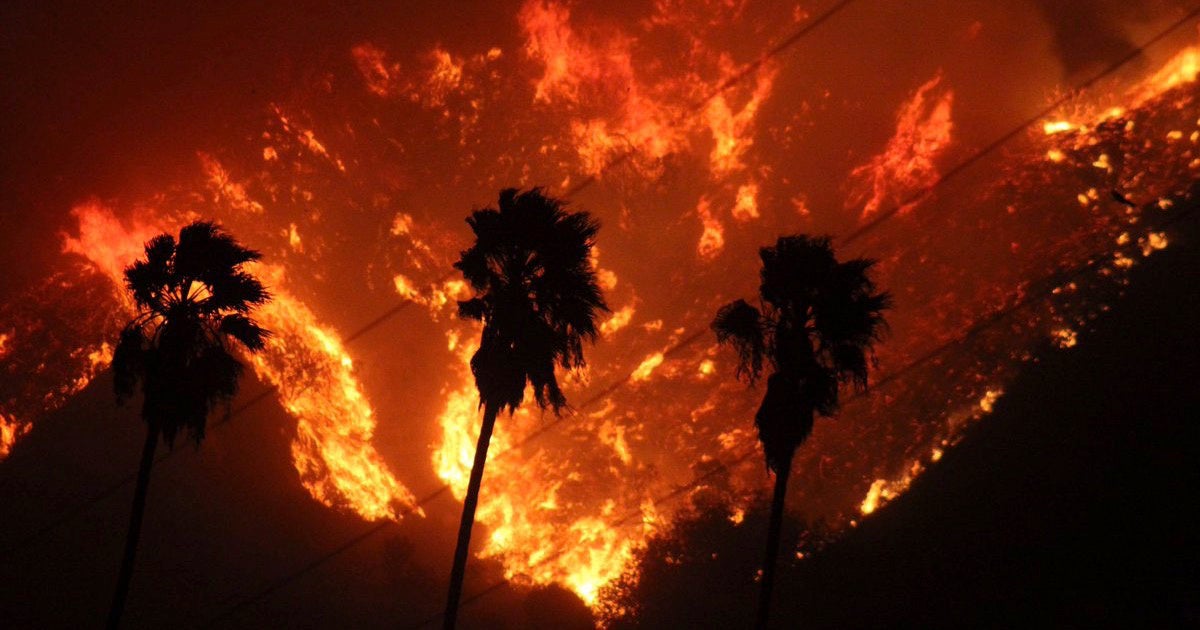 The outbreak comes not long after October’s string of
devastating wildfires in Northern California that killed 44 people—the deadliest in state history.

The Thomas Fire started Monday night in Santa Paula and has burned into the city limits of Ventura, just north of Los Angeles, according to the Ventura County Fire Department. Five-hundred fire fighters are on site with additional fire resources en-route.

One person has been killed in a vehicle accident blamed on the fire,
CBS News reported. One firefighter has also been injured.

“The fire is still out of control,” the fire department said. The menacing blaze has been zero percent contained as of Tuesday morning.

The Incident Commander reported that “winds are increasing, expect fire behavior to increase over the entire incident.”

The
National Weather Service warned that high wind watches with damaging gusts up to 60 mph will likely need to be
expanded for late Wednesday night into Thursday.

“This has the
potential to be the strongest and longest duration Santa Ana wind
event we have seen so far this season,” the agency said. “The Santa Ana winds will
bring an extended period of extreme fire danger, with Red Flag
Warnings in effect for much of Los Angeles County and all of
Ventura County.”

“The fire growth is just absolutely exponential,” Ventura County Fire Chief Mark Lorenzen said. “All that firefighters can do when we have winds like this is get out ahead, evacuate people, and protect structures.”

The power company warned: “Some customers in fire-affected areas should be prepared to be without power for days because of damage caused by the fire.”

The latest
incident report from the Ventura County Fire Department as of 4 am stated:

“The fire is still out of control and structures continue to be threatened throughout the fire area. Due to the intensity of the fire, crews are having trouble making access and there are multiple reports of structures on fire. Fire crews from many different agencies are actively working on the incident. There are 500 fire fighters on scene with additional fire resources enroute. There are approximately 100 Sheriff’s Office personnel, as well as law enforcement officers from the Santa Paula Police Department, Ventura Police Department and California Highway Patrol assisting with evacuations and road closures. The County of Ventura, City of Santa Paula and City of Ventura have all proclaimed a local emergency.”

“We urge you, you must abide by these evacuation notices,” Ventura County Sheriff Jeff Dean
told reporters Monday. “We saw the disasters and the losses that happened up north in Sonoma and this is a fast, very dangerous moving fire.”