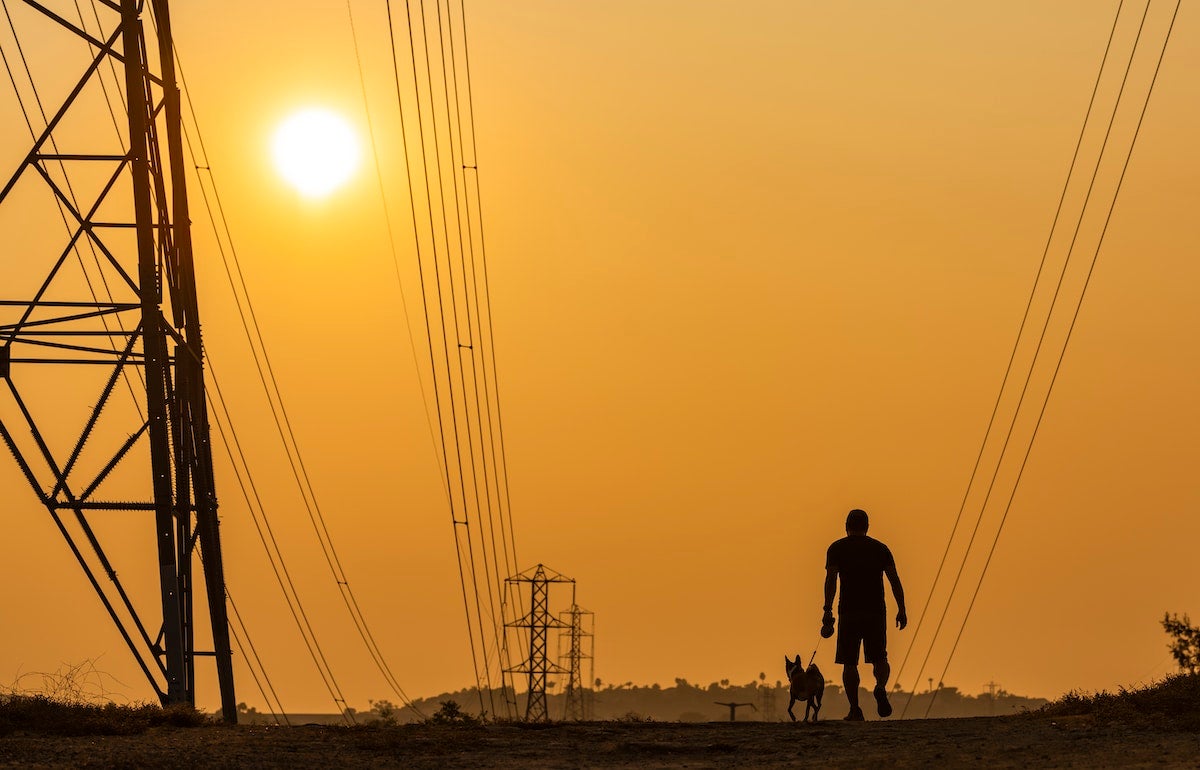 In September of 2020, the smoke from major wildfires in California made the skies so dark that the state’s solar power production was reduced by 10 to 30 percent during peak hours, according to a National Center for Atmospheric Research (NCAR) study.

For several days during the wildfires, solar energy forecasts significantly overestimated the amount of power that would be able to be generated by the sun, a NCAR press release said.

“The key takeaway from this research is that wildfire smoke can have a substantial and negative impact on solar energy production in areas near major wildfires,” said NCAR scientist and lead author of the study Timothy Juliano, as PV Tech reported.

Juliano said that when wildfires happen, utilities should consider the potential impact on solar output, according to the press release.

For the study, the scientists used computer models of meteorological conditions and smoke from the wildfires. They also drew upon energy production and solar irradiance records. Prior research had examined how the wildfires in 2020 impacted solar energy production, but the new study used a specially designed weather forecasting model, which could help with developing systems that are able to provide more accurate smoke impact forecasts in the future.

Half of California’s 10 largest wildfires ever occurred during the 2020 wildfire season. In the early and middle parts of September of that year, the weather conditions in California were windy and dry, which made a good portion of the Western U.S. especially prone to wildfires. Large smoke plumes were clearly visible on satellite images.

For the study, Juliano and his colleagues concentrated on smoke conditions from September 7 to 16, 2020, when the wildfires were at their peak. In order to calculate how much solar energy was being generated at various locations across California, the researchers used data from the California Independent System Operator.

The team juxtaposed the solar energy production from 2020 against the same period from 2018 and 2019, when much more energy from solar arrays was being produced. The researchers also examined ground station data from California and other U.S. locations that record minute-by-minute irradiance — the flow of radiant energy — measurements.

Their observations allowed them to measure the extent of the impact the smoke from the wildfires had on solar energy output. Irradiance was greatly reduced during days with heavy smoke, and so was the production of energy, which fell 10 to 30 percent from noon to four p.m. in comparison with the same time period during prior years.

On windy days, when a considerable amount of the smoke was blown out of the area — which happened on September 9 and September 12 to 16 — solar production decreased by less than seven percent.

It was found that the smoke markedly affected energy prediction accuracy in California. For example, solar energy output was an average of 27 percent less than was forecast on the smokiest days, and up to 50 percent less than predicted during the peak hours of late afternoon and evening.

In order to find out if there can be improvements made to the forecasts, the researchers used a model from NCAR called Weather Research and Forecasting-Solar, which uses new advances in technology to strengthen the accuracy of solar irradiance predictions. The scientists were better able to estimate the timing and magnitude of solar irradiance when they put in data having to do with the smoke, like aerosols that impact sunlight in different ways.

They used the supercomputer Cheyenne, located at the NCAR-Wyoming Supercomputing Center, to run the model simulations.

Juliano said it isn’t often that wildfire activity has as great an effect on solar energy as it did in 2020 in California. However, as wildfires happen more frequently, and substantial areas of the country are affected by smoke plumes, the study said scientists must keep working to more accurately predict smoke impacts, which will necessitate experts in weather, renewable energy and fire behavior working together.

“Wildfire smoke can be quite an important factor in energy production,” Juliano said in the press release. “Given the increase in large wildfires and society’s greater reliance on solar energy, even regions far downwind of fires may need to consider the potential impacts of smoke.”

These Artists Are Turning Their London Street Into a Solar Power Station
The climate crisis, the energy crisis in Europe and rising
By Cristen Hemingway Jaynes
Emirates Successfully Tests Flying Boeing 777 Plane on Sustainable Jet Fuel
The airline Emirates has successfully tested flying a Boeing 777-300ER
By Paige Bennett
BP Says Ukraine War and IRA Could Spur Energy Transition
When Russia’s invasion of Ukraine led to gas shortages and
By Olivia Rosane