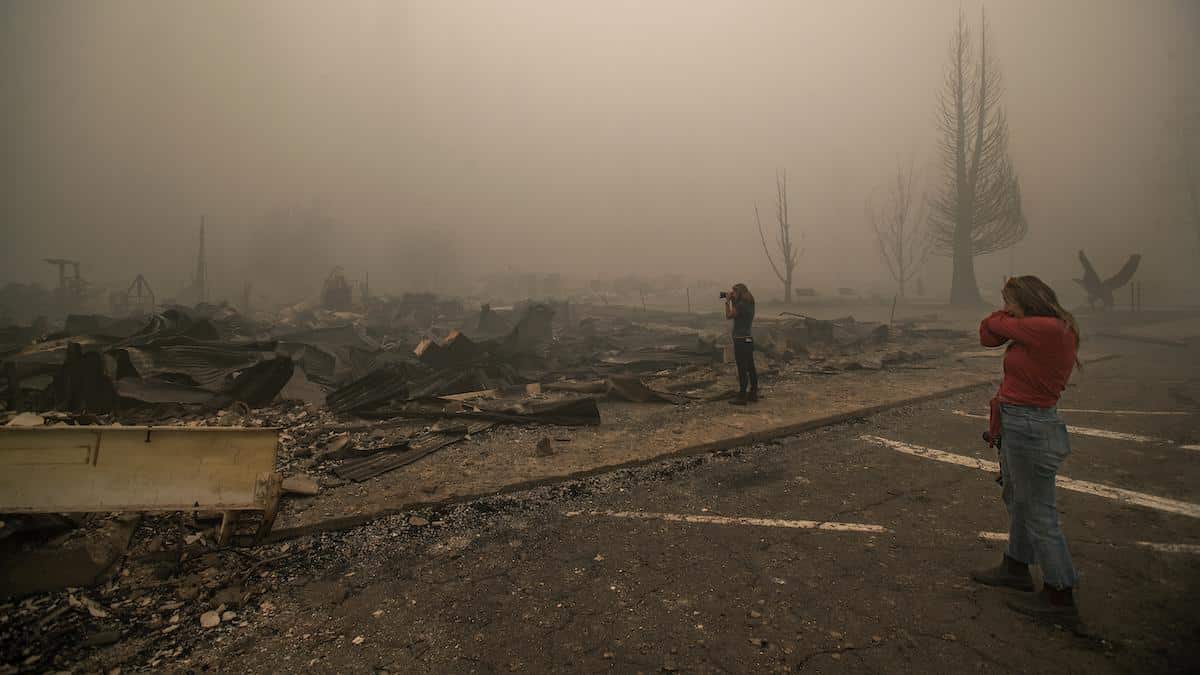 Smoke from wildfires can make people more susceptible to catching COVID – and dying from it.

Over 700 more people died and nearly 20,000 more were infected with the virus than would have been expected if they had not been exposed to air polluted with particulate matter from fires that burned during last summer’s record-breaking fire season, a new study from Harvard and published in the journal Scientific Advances on Friday found.

Health experts have suspected since the early days of the pandemic that a link existed between air pollution and the likelihood of catching the disease and experiencing a more severe infection, because small particulate matter known as PM 2.5 in smoke can impair the ability of white blood cells in the lungs to combat respiratory infections. Historically, this has led to higher rates of health problems such as asthma for people – more likely people of color and low income – who live near polluting facilities.

“We were not terribly surprised by the results as scientists,” co-author Kevin Josey told Gizmodo, “but as humans we are dismayed about the impacts.”

While a correlation between wildfire smoke and COVID-19 doesn’t prove causation, the study’s authors say the tie is no coincidence. Plenty of research since the start of the pandemic has suggested that exposure to smoke’s primary unhealthy component PM 2.5, which refers to particulate matter that is 2.5 micrometers in size or smaller, compromises people’s immunity and increases susceptibility to COVID-19. Scientists also hypothesize that the virus may be spread by the particles.

The new findings come as the delta variant fuels yet another surge of coronavirus infections across the country while fire season is again in high gear in the West. Parts of California are already blanketed in smoke, with bad air recently reported as far away as New York and North Carolina.

“It’s a horrible combination,” said Francesca Dominici, one of the authors of the study and a biostatistician at Harvard University’s T.H. Chan School of Public Health. “Together, the wildfires and COVID-19 make us even sicker.”