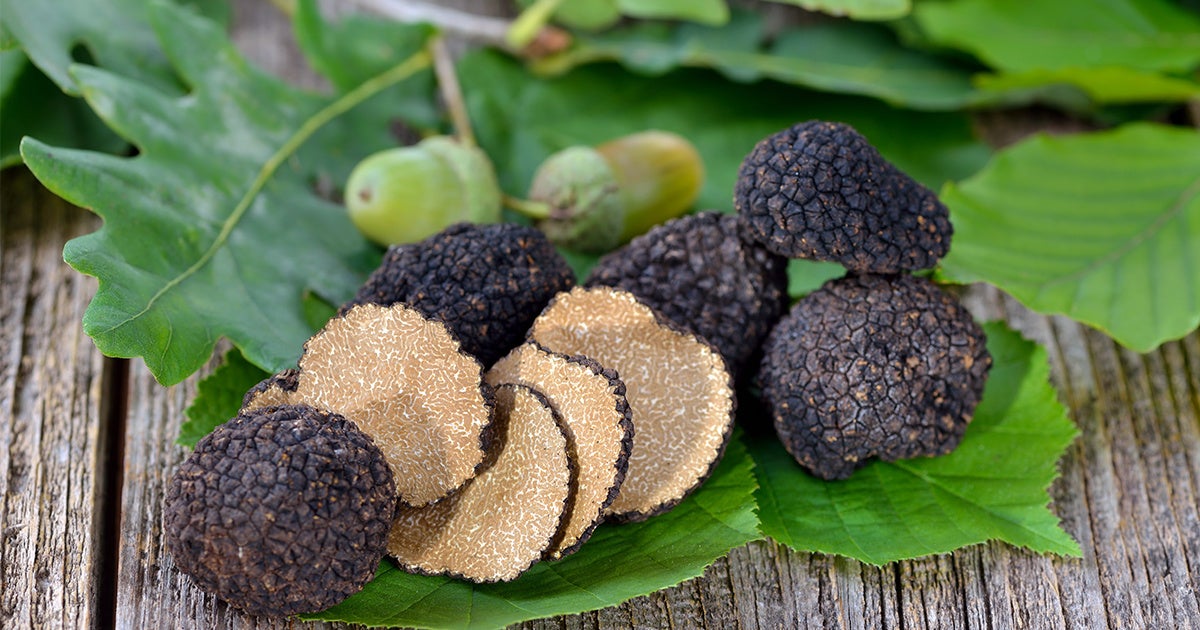 Only a small percentage of the wild plant ancestors vital to human life can be considered safe from extinction.

Botanists who have monitored the conservation status of almost 7,000 species—the wild forerunners of plants that humans use for food, medicine, shelter, fuel and livestock feed—found that most could be counted as not properly conserved and protected.

And another wild plant—perhaps the most valuable of all at price per measured weight—could be eliminated for ever by climate change driven by profligate human combustion of fossil fuels. The prized Mediterranean truffle may disappear from the woodlands of France, Spain and Italy by 2100, according to a separate study.

All the world’s most important crops are selected, bred and cultivated from wild ancestors: these original forerunners remain a significant reservoir of genes that could be important to a species’ survival.

But when researchers came to measure progress in global conservation goals, they found that only three species in 100 could be counted as “sufficiently conserved.”

Many of these wild originals are of global commercial importance. They include the wild relatives of billion-dollar crops such as coffee, chocolate, vanilla, cinnamon and even the little fir most favored in Europe as a Christmas tree.

Colin Khoury, a specialist in biodiversity at the International Centre for Tropical Agriculture in Colombia, and colleagues report in the journal Ecological Indicators that they drew on some of the 43 million records of 6,941 plants of socio-economic importance or cultural value—in effect, plants that make money for people—in 220 countries.

Under UN sustainable development guidelines, and as targets set by the Convention on Biological Diversity, the nations of the world agreed to meet a series of ambitious conservation goals by 2020.

The scientists devised a Useful Plants Indicator which sorted wild crop ancestors into their status as conserved species in national parks or protected forests, and as specimens in gene banks, botanical gardens and so on.

They found that the wild coffee plants Coffea liberica and Coffea arabica were far from safe, and 32 other coffee species were also rated as nowhere near sufficiently protected: two thirds of the coffee species were not recorded in gene banks at all.

Coffee is a crop sensitive to temperature, and as the global thermometer rises, coffee producers in both Ethiopia and Latin America face an uncertain economic future.

Much the same was true for Theobroma cacao, the wild ancestor of the chocolate of the tropical Americas, the flavoring bean Vanilla planiofolia and the wild spice cinnamon, or Cinnamomum verra. Unexpectedly, the fir Abies nordmanniana, alias the Nordmann fir or Christmas tree, is in an even more precarious situation in the wild: the researchers rate it as one of the high priority species for conservation.

Some of the species were—for the time being—protected in national parks but not collected safely in gene banks and botanical gardens. But as the world warms, and climates change, the species may have to shift their range into landscapes at hazard from ecosystem disruption.

“The indicator shows that the network of protected areas around the world is doing something significant for useful plants,” Khoury said. “But if we want to get serious about protecting these species, especially the ones that are vulnerable, we have a long way to go before they are fully protected.”

Meanwhile, the truffle species Tuber melanosporum—trading at more than £1,000 (US$1,300) per kilogram—could be lost to commerce within a generation or two: a new study in the journal Science of the Total Environment found that under the most likely global warming scenarios the climate of its native habitat will become warmer and drier, and production of the wild and farmed species could dwindle by between 78 percent and 100 percent between 2071 and 2100.

Paul Thomas, of the University of Stirling, who has already tested black truffle plantations in Scotland, studied 36 years of truffle harvest records to reach his bleak conclusion.

He warns that the collapse of the truffle harvest could happen even earlier, thanks to the heatwaves, forest fires, droughts, pests and diseases that come with climate change. Europe risks losing an industry worth hundreds of millions along with an iconic species and a regional way of life.

“This is a wake-up call to the impacts of climate change in the not-too-distant future,” Thomas said. “These findings indicate that conservational initiatives are required to form some protection of this important and iconic species.”