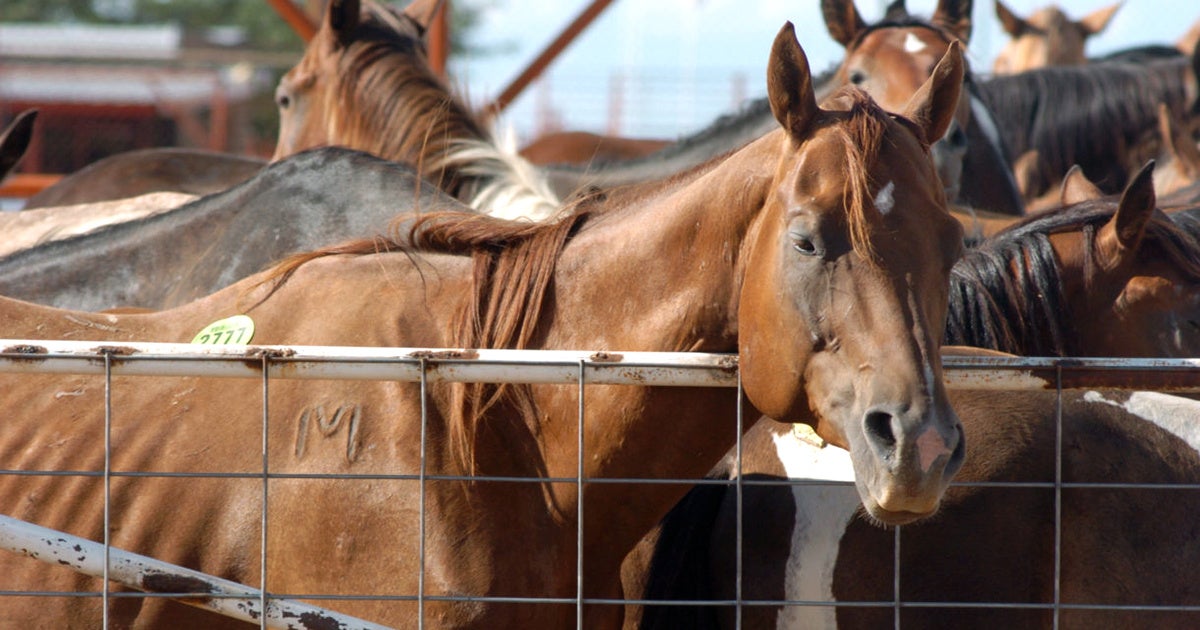 Robert Redford, Ed Harris, Elle Fanning, Ian Somerhalder and countless other equine enthusiasts joined The Humane Society of the United States, Humane Society Legislative Fund, Return to Freedom and the American Society for the Prevention of Cruelty to Animals to draw attention to the threat posed to wild horses and burros.

“My family and I stand strongly against horse slaughter and against our government harming our wild horses,” said actor and director Ed Harris. “I am pleading that a humane and common sense solution to the management of our wild horse population be mandated by Congress in keeping with the spirit of the Wild Free-Roaming Horses and Burros Act.”

Since the implementation of the Wild and Free-Roaming Horses and Burros Act, the Bureau of Land Management (BLM) has attempted to maintain stable populations by rounding up and removing thousands of horses and burros from the wild, despite repeated directives that this was leading the program to financial instability.

The Humane Society of the United States, Humane Society Legislative Fund, Return to Freedom and the American Society for the Prevention of Cruelty to Animals have long called for the agency to cease these actions and instead redirect money spent on capturing and holding wild horses toward available solutions, including judicious use of safe, proven fertility control on the range.

The BLM did not listen, and now they want to fix their mistakes by slaughtering wild horses.

Provisions in the budget proposed by the administration would allow the BLM to kill captured wild horses or sell them without restriction—a change that would enable buyers to purchase wild horses on the cheap and haul them to Canada or Mexico for slaughter.

If Congress approves provisions in the president’s budget, then tens of thousands of horses will die.

On Tuesday July 18, the House Committee on Appropriations will vote on the 2018 Interior Appropriations bill. The bill, approved by the House Interior, Environment and Related Agencies Appropriations Subcommittee, maintains protective language, but there is a chance it might be amended in full committee and removed creating a pathway to slaughter.

Wild horse supporters are raising their voices to ensure the protections remain.

Here’s the letter sent to Congress from actors, singers, screenwriters and scientists urging them to oppose wild horse slaughter:

We Stand with America’s Wild Horses and Burros

Our nation’s iconic wild horses are fighting for their lives and we cannot stand by silently and let that happen.

We the undersigned call on Congress to oppose provisions in the president’s 2018 budget that threatens the lives of tens of thousands of wild horses and burros that will be senselessly killed or easily sold to those who would profit from their slaughter.

For decades, we have had available humane solutions, which would keep wild equines on the range and save tax dollars. Sadly, agencies continue to discredit proven alternatives instead of committing to implement them.

The American people have repeatedly and resoundingly called for wild horses and burros—the descendants of the animals who helped build our country, made our own freedom possible and shaped a vital part of our cultural heritage—to live free on the range.

Two years after the passage of the “Wild Horse Annie Act,” which banned the use of vehicles to hunt down wild horses sold for slaughter, the 1961 movie “The Misfits” brought the brutal practices of the mustangers onto the big screen. Marilyn Monroe cried out on behalf of audiences when she pleaded for a roped and struggling wild horse to b set free.

A decade later, in 1971, the overwhelming passage of the Wild Free-Roaming Horses and Burros Act enshrined in law the historic bond between Americans and wild horses and the policy of Congress “that wild free-roaming horses and burros shall be protected from capture, branding, harassment or death.”

Yet, for all that apparent progress, the lives of tens of thousands of captive wild horses are again at risk.

As American citizens and as voters, we do not accept the use of our tax dollars, which for so many years were invested in the health and safety of the captive wild horses and burros, to now pay for the destruction of these noble animals because they have been deemed inconvenient. It is unnecessary and unconscionable.

The American people would never forgive such a betrayal.

We respectfully urge Congress to take a leadership role by opposing mass euthanasia, slaughter and unrestricted sales and, instead, work together to forge a bipartisan, well-reasoned and humane management plan worthy of these “living symbols of the historic and pioneer spirit of the West” by recognizing and prioritizing viable alternatives that do exist.

As a nation, we can and must do better.