Beyond Honey Bees: Wild Bees Are Also Key Pollinators, and Some Species Are Disappearing 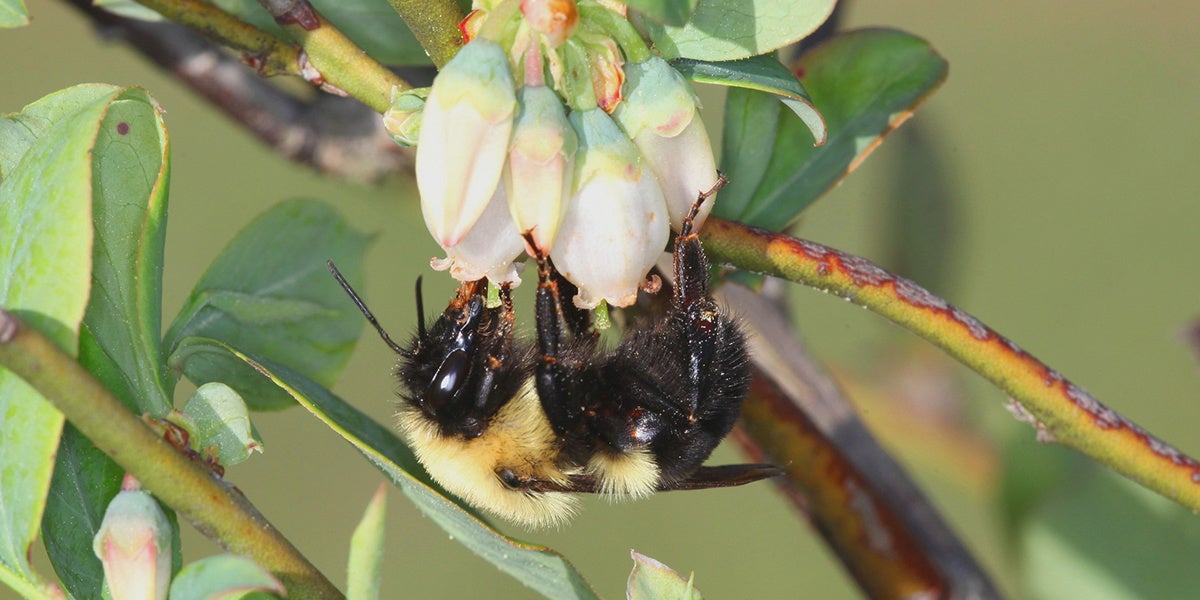 Declines in bee populations around the world have been widely reported over the past several decades. Much attention has focused on honey bees, which commercial beekeepers transport all over the U.S. to pollinate crops.

However, while honey bees are a vital part of our agricultural system, they are generally considered the chickens of the bee world—domesticated and highly managed for specific agricultural use. They are not native to North America and often can’t be used as a surrogate for understanding what is happening with native wild bees—the focus of my research.

There are about 5,000 native bee species in North America. Many have shown no evidence of decline, and some are thriving in highly urbanized areas. But other species, including some that were previously common, are becoming harder and harder to find. As scientists work to understand bee decline, it is important to identify the unique roles that native bees play, and to identify threats specific to them.

One in every three bites of food we eat is made possible by bees. They pollinate almonds, apples, blueberries, squash, tomatoes and many other popular crops. They also pollinate alfalfa, which we feed to farm animals, so they support the meat component of our diet too.

We need bees for food security and to maintain healthy ecosystems. Bees pollinate flowering trees and wildflowers, which in turn provide food and homes for other animals and improve water, air and soil quality.

Along with honey bees, wild bees are also vital for crop pollination. Research has shown that the presence of wild bees increases yields across many types of crops. They often are more efficient at pollinating crops native to North America than honey bees. For example, a honey bee would have to visit a blueberry flower four times to deposit the same amount of pollen as a single visit from a bumble bee queen.

Wild bees have a unique way of extracting pollen from flowers called “buzz pollination.” By shaking flowers at a certain frequency, more pollen will be released, thus allowing for more efficient pollination. Honey bees can’t do this. 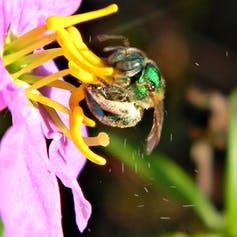 Bumble bees are particularly good at buzz pollination, so several species are now commercially managed. Increasing numbers of farmers who grow fruits, vegetables, tree nuts and flowers are now using either bumble bees alone or a mix of bumble bees and honey bees to pollinate their crops.

But some bumble bee species are in decline. The rusty patched bumble bee (Bombus affinis) once was distributed throughout the eastern U.S. and southeastern Canada, but now is found only in a few small populations in the Midwest. In March 2017, it became the first bee in the lower 48 states to be listed as an endangered species after its population shrank by an estimated 91 percent in 20 years. Other bumble bees, such as the American bumble bee (B. pensylvanicus) have declined more gradually.

Reasons for bumble bee decline include increased prevalence of pests and pathogens, poor nutrition and pesticide exposure. Many of these stressors are due to agricultural intensification, particularly in the Midwest. Traditionally, grassland prairies provided nutritionally dense, safe forage for bees. But most former prairie lands have been converted to corn and soybean fields or developed for commercial and residential use. As a result, bumble bees are increasingly exposed to pesticides and their food supply is shrinking. 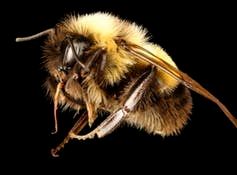 Why are some species thriving while others are declining? Some research suggests that traits such as a narrow or specialized diet and large body size, are associated with decline. But much more research is needed to fully understand which traits make species vulnerable, and to identify species that are especially at risk.

There are 46 species of bumble bee in North America; the other native bees (4,954-plus species) are vastly different in size, color and life history traits. Because native bees are so diverse, it is hard to identify a primary cause for wild bee decline. But as with bumble bees, poor nutrition and pesticide exposure are likely culprits. We also know that the majority of native bees nest in the ground, so they are vulnerable when natural areas are converted to tilled agricultural fields or paved over. Providing safe nesting areas for native bees is therefore vitally important to their conservation. 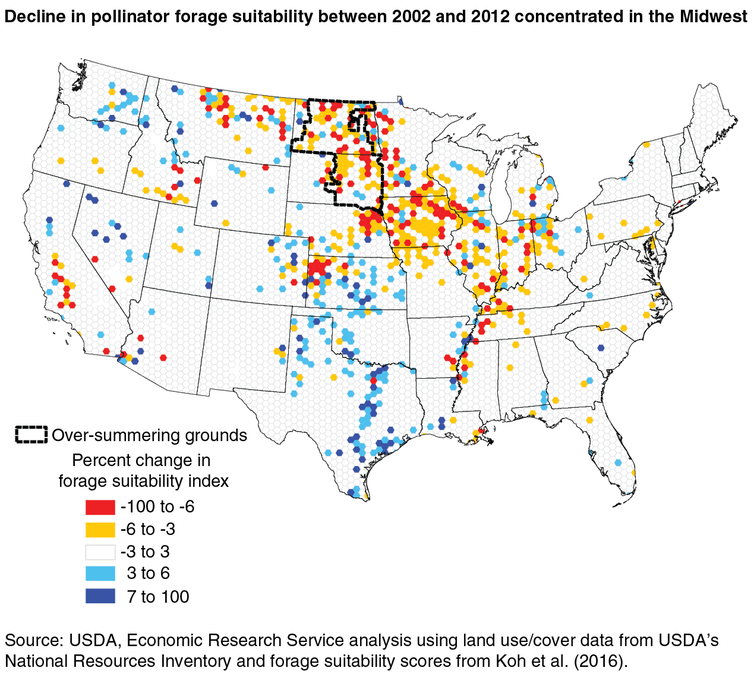 Conversation of grasslands to large-scale monoculture farms in the Midwest and northern Great Plains has reduced suitable habitat for pollinators. USDA / ERS

I am part of a team at Michigan State University, funded by the U.S. Department of Agriculture’s National Institute of Food and Agriculture, that is working to fill in some of knowledge gaps about bees. Michigan has 465 documented bee species, each with unique life history traits It also has a diverse agricultural sector, ranging from specialty crops like apples, blueberries and tart cherries to large-scale commodity crops like corn and soybean. And Michigan habitats range from highly urbanized to pristine wilderness. This diversity helps us ask questions about how different landscapes affect the local bee community.

To determine how the state’s bees are doing now, we need to know how abundant and diverse communities were in the past. Fortunately, Michigan has a rich history of surveying bees, dating back several decades. We are replicating these studies now to detect changes in bee communities.

We are also sampling bees across different landscapes and regions to identify areas with low bee abundance or diversity where conservation efforts could have the greatest impact. But the only way to know whether these actions are effective is to track changes in bee communities going forward. Our project is providing an important baseline for future comparisons and assessments of conservation programs.

We are also monitoring the health of managed bumble bees and honey bees that provide pollination services to local crops. One strategy we are testing is whether management practices, such as wildflower plantings, can improve bee health.

Results from this project will provide the most complete assessment of bees in Michigan to date. Importantly, we are looking at all bee species, managed and wild, since they all play vital roles in maintaining a healthy agricultural system and ecosystem.