Wild Bears ‘Having a Party’ in Coronavirus-Closed Yosemite National Park 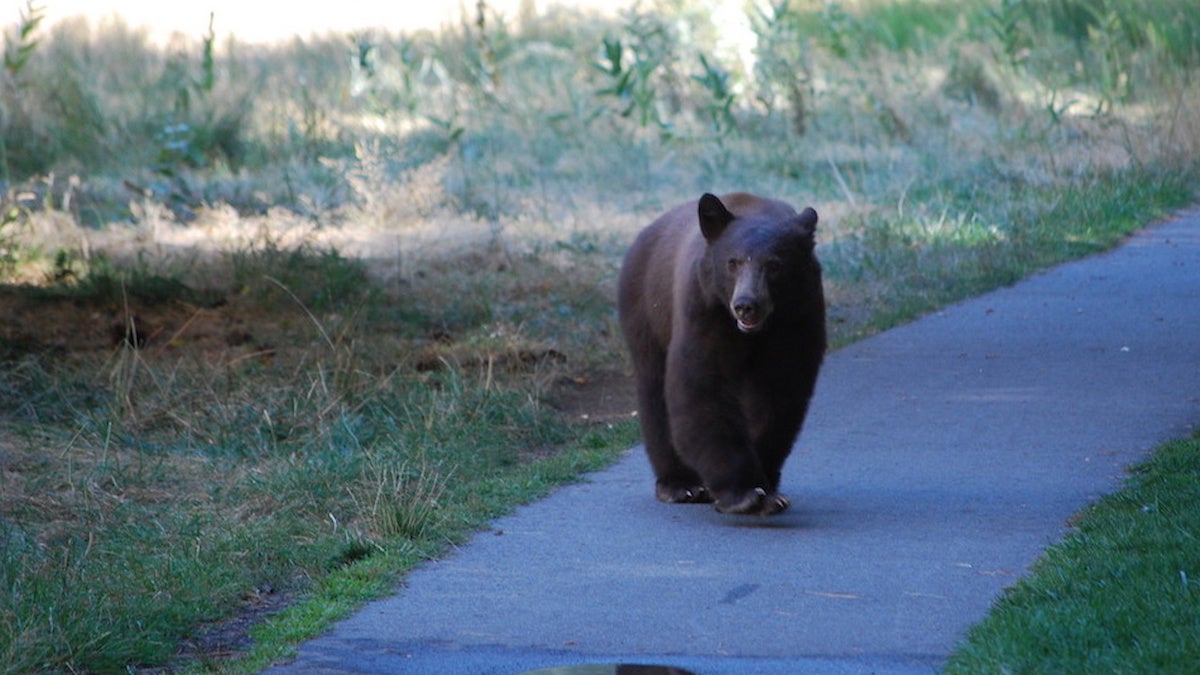 A black bear in Yosemite National Park in 2009. torhutchins / Flickr

Wild bears in Yosemite National Park are coming out of the woodwork in what park officials are calling a “party” following the park’s March 20 closure in response to the novel coronavirus pandemic.

The wildly popular park is visited by millions of people every year, and at the same time hundreds of bears call the Rhode Island-sized park home, said Ranger Katie, a wildlife biologist who has worked with black bears in Yosemite National Park for more than a decade, in a Facebook live streaming over the weekend.

“For the most part, I think [the bears] are having a party,” said Ranger Katie. “This time of year is difficult for the animals here. There can be literally walls of cars, stop-and-go traffic, or people in the park.”

American black bears can weigh between 300 and 500 pounds and seeing them can “evoke excitement, awe, and fear,” writes the National Park Service. Ranger Katie is a part of the park’s human-bear management program, whose role is to mitigate conflict between humans and bears. In the video, the park ranger uses a tracking device to show a young male bear heading towards the visitor’s center, which would normally be packed with people during the warm, sunny spring.

A video shared to Instagram by the park shows a black bear walking in an area across from Yosemite Village, an area of the park normally packed with people.

“It could be said that spring, summer, and fall are just one big meal to a black bear. If that’s the case, then grass is a bear’s favorite springtime appetizer,” wrote the park. “Bears have been active in Yosemite Valley lately, and they’ve been busy grazing on fresh spring grass.”

Any animal growing up in the pack will see hundreds – even thousands – of humans within its first year of life, according to the park service. Ensuring that animals do not become too comfortable around humans is an essential part of staff duties year-round by making sure that food is stored properly and people remain at least 50 years away from animals.

“Bears are these amazingly powerful and intelligent animals that we make our homes alongside. Because they have those characteristics and they’re very food-motivated, bears can wrack up a huge amount of property damage or even injure somebody in their pursuit of food,” said the biologist. Identified bears who have developed a taste for human food or are habituated will be captured, tagged and outfitted with a transmitter for future observations.

A worker at Yosemite’s Ahwahnee Hotel told the Los Angeles Times that not only has the bear population “quadrupled,” but that he and his coworkers have also seen more coyotes and bobcats near their living quarters.

“It’s not like they aren’t usually here,” said Dane Peterson. “It’s that they usually hang back at the edges, or move in the shadows.”

Ranger Katie says that the meandering bears could be an issue when people return to the park. Bears that live in Yosemite Valley “key in” on triggers of people being around and tend to start to avoid places when humans become more frequent. It will take a “little bit of a learning curve,” she adds, and newer bears will be on a “steep learning curve about where they can be and when.”