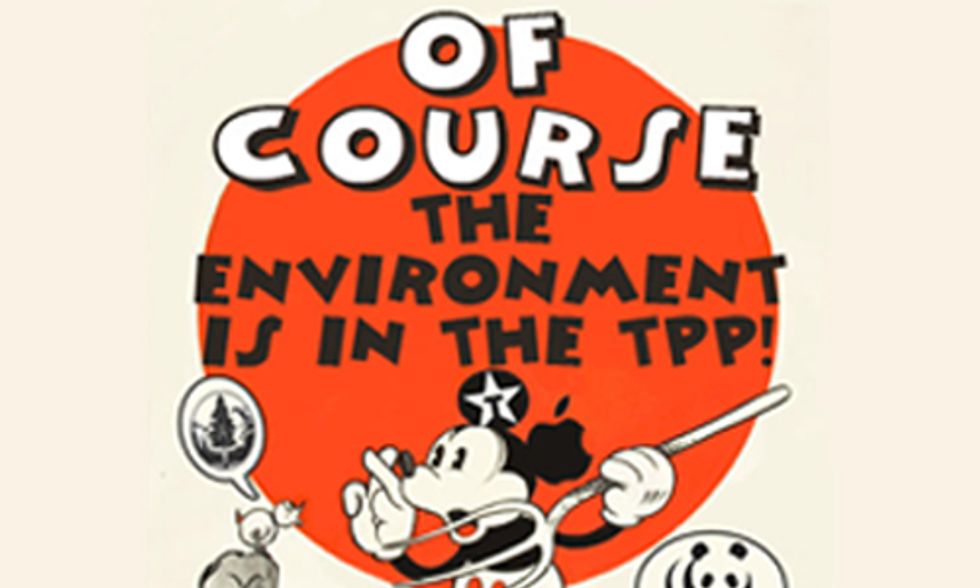 The U.S. and 11 other Pacific Rim countries aren't on the same page regarding environmental policies within the Trans-Pacific Partnership (TPP) trade pact, and the dissension has been exposed by WikiLeaks.

Organizations who have viewed the leaked version of the TPP's environment chapter say it shows that the U.S. could ease up on pollution control requirements, a shark fin harvesting ban and other regulations it had previously been negotiating for. Ilana Solomon, director of the Sierra Club's Responsible Trade Program, told The New York Times that the environment chapter no longer contains language she believes would have ensured that more trade doesn't equate to destruction of the environment.

“It rolls back key standards set by Congress to ensure that the environment chapters are legally enforceable, in the same way the commercial parts of free-trade agreements are,” she said.

Other groups worry that TPP passage could ignore fracking bans in the U.S. The draft documents are dated Nov. 24. There has been one meeting since then.

The Sierra Club, Natural Resources Defense Council (NRDC) and World Wildlife Fund (WWF) banded together to analyze the document and discover what was missing. Their findings include:

“This peek behind the curtain reveals the absence of an ambitious 21st-century trade agreement promised by negotiating countries,” Carter Roberts, the U.S. CEO of WWF, said in a statement. “The lack of fully-enforceable environmental safeguards means negotiators are allowing a unique opportunity to protect wildlife and support legal sustainable trade of renewable resources to slip through their fingers. These nations account for more than a quarter of global trade in fish and wood products and they have a responsibility to address trade’s impact on wildlife crime, illegal logging, and overfishing."

The groups fear that the leaked draft is the final product. If that's the case, Michael Brune, executive director of the Sierra Club, believes President Barack Obama's environmental record would end up being worse than that of Bush.

“This draft chapter falls flat on every single one of our issues—oceans, fish, wildlife, and forest protections," Brune said. "In fact, (the environment chapter) rolls back on the progress made in past free trade pacts."