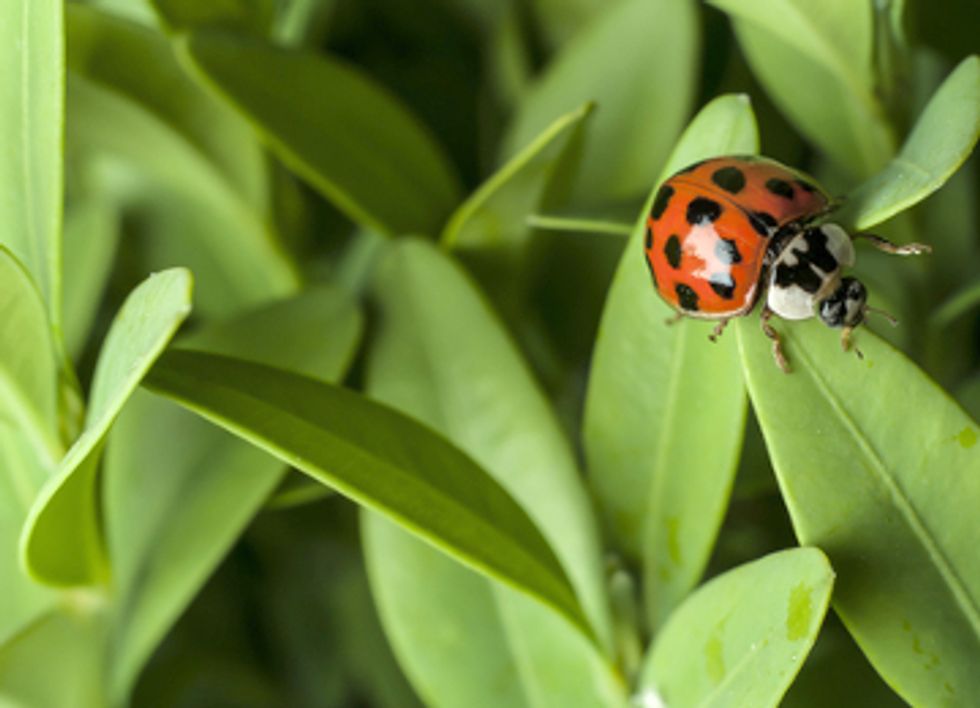 A report released this week by the Xerces Society for Invertebrate Conservation moves the spotlight from the risks neonicotinoids pose to bees to the impacts of neonicotinoids to invertebrates such as earthworms or lady beetles.

Beyond the Birds and the Bees provides a comprehensive review of published articles and pulls together the growing body of research that demonstrates risks from neonicotinoids to these beneficial insects. These risks occur particularly in agricultural systems, but are also found in urban and suburban ornamental landscapes.

Findings from the Review:

Although less charismatic than bees, beneficial insects such as beetles and wasps play critical roles in healthy, functioning ecosystems. For example, predatory and parasitic insects and other arthropods provide natural pest suppression to farms—an ecosystem service conservatively valued at more than $4.5 billion annually—as well as to natural areas and developed landscapes.

Neonicotinoids are now the most widely used group of insecticides in the world, and their use in the U.S. has been steadily increasing since their initial registration in the mid-1990s. Neonicotinoids have been promoted as low-risk chemicals: low impact on human health, low toxicity to nontarget organisms, lower application rates and compatibility with Integrated Pest Management. Unfortunately, the many studies completed since these compounds began being used have not born out the validity of these assumptions.

Based on the Findings, Xerces Society's Recommendations: