Why You Should Avoid Splenda 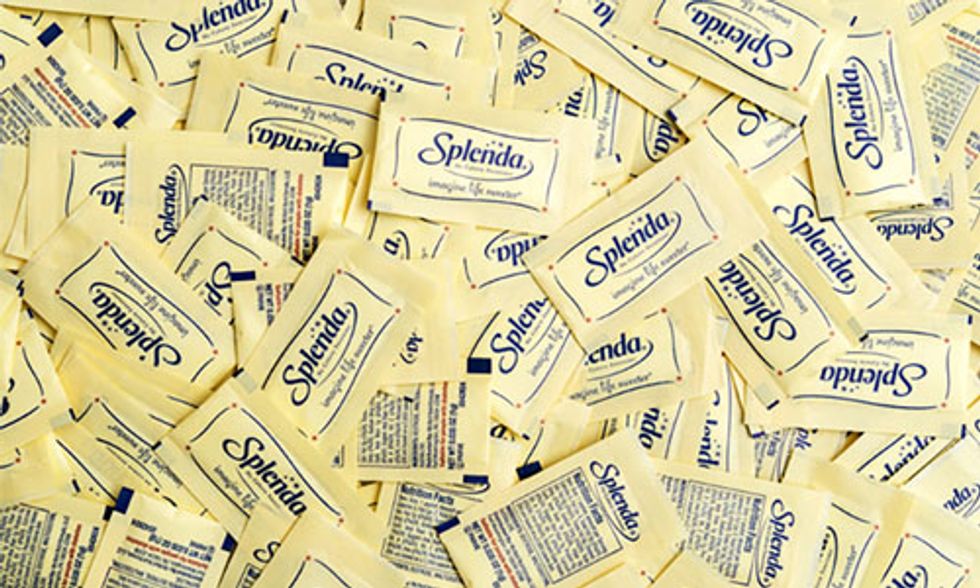 There are many of us who indulge in artificial sweeteners once in a while—a can of diet soda now and then, perhaps a "guiltless" binge of sugar-free pudding packs—even though we know they may not be so great for us. But, hey, neither is sugar, so how bad can Splenda be?

Recent research has caused some of the scientific community to officially turn their backs on Splenda.

The scientific community has been in favor of or officially "inconclusive," on sucralose, aka Splenda, for years, even amid the growing anti-artificial chatter. The American Heart Association even stated in 2011 that, with moderate use, artificial sweeteners could assist with weight loss and have a positive effect on the metabolism. However, recent research has caused some of the scientific community to officially turn their backs on Splenda. Specifically, the Center for Science in the Public Interest (CSPI) has formally recommended that consumers avoid sucralose altogether.

What caused the CSPI to downgrade Splenda from "caution" to "avoid?" A study published in January in the International Journal of Occupational and Environmental Health proved the final nail in Splenda’s coffin. Swiss mice who were fed significant amounts of sucralose throughout their lives developed malignant blood cancers like leukemia. Those not fed sucralose didn’t.

While the quantities of sucralose studied were comparable to drinking a whopping 10 cans of diet soda every day, small quantities of carcinogens can do damage over the long term as well. According to CSPI scientist Lisa Lefferts, “When something causes cancer at high doses, it generally causes cancer at lower doses, the risk is just smaller.”

While this study dealt with mice, not humans, it shows that Splenda is not as "biologically inert" as previously thought. Along with other damning data—increased obesity risk, increased insulin resistance and with numerous nasty side effects—the science is now clearly showing that Splenda is something unlikely to be fit for human consumption. The Center for Science in the Public Interest rated sucralose as "safe" until as recently as 2013. This is the first time they have urged consumers to avoid the sweetener altogether.

If your health isn’t reason enough to ditch the yellow packets, consider the consequences Splenda has on the environment. Due to its unique structure, the artificial sweetener is not broken down in wastewater treatment plants, meaning it is slowly accumulating in our surface and groundwater. While sucralose is resistant to degradation, meaning it is unlikely that it will start releasing the toxic by-products often formed by pollutants, no one knows for sure what impact its accumulation while have on our environment over time. The best case scenario for the environment is that it just sits there, but do we really want sucralose sitting, perpetually intact, in our water supply?

Does the idea of zero calorie sweeteners ever entice you? If you’re a regular consumer of Splenda, perhaps stevia or cinnamon could do the trick. As the evidence piles up, it is becoming clear that it’s better to indulge in real, whole foods treat than risk the harms of artificial sweeteners.

What Is the Ketogenic Diet?