Why You May Never Want to Eat Shrimp Again 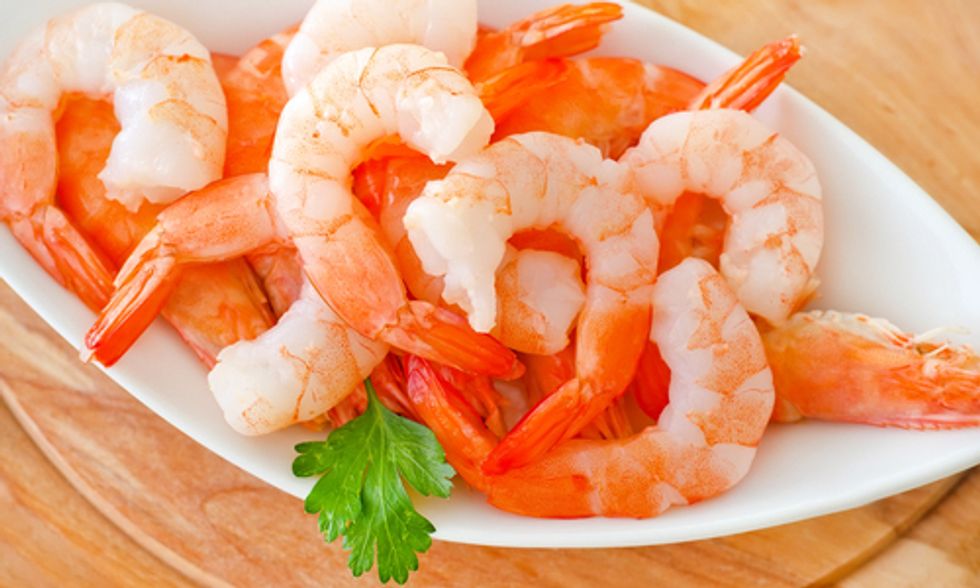 Shrimp cocktail makes a great finger food for holiday parties. Right? Only if you have no idea how those crustaceans were produced. Because if you did,  you wouldn’t want to eat shrimp again.

Before I go on, I’ll say this: There is good shrimp out there. Monterey Bay Aquarium provides a  list of decent sources. The tricky part is knowing which is which.

Even in the best case, you know which country it’s from and whether it’s farmed or wild. But odds are you won’t know how it was farmed or how it was caught, so you’re basically no wiser than you were before you got those tidbits of information.

My rule of thumb is that retailers and restaurants will always tell you when food is extra-good because they’ll want to charge you for it.

Why offer up organic fruit or wild Alaskan salmon or heritage turkey unless you can make an extra buck? When food isn’t labeled, it’s probably the cheapest stuff out there.

So back to the mystery coconut shrimp on that tray at the party this weekend. What’s in it? Where did it come from?

By the numbers, shrimp is America’s No. 1 seafood by a long shot, and a whopping 85 percent of the shrimp we eat is imported. Some is farmed, and some is wild. And when it arrives in the U.S., almost none of this food is ever inspected.

When it is inspected, some of the top reasons it’s rejected are “filth,” salmonella and residues of banned veterinary drugs. (Hungry yet?)

Overseas, shrimp is often farmed in ponds that are treated with a long list of chemicals: urea, superphosphate, diesel, piscicides (fish-killing chemicals like chlorine and rotenone), pesticides, antibiotics (including some that are banned in the U.S.), sodium tripolyphosphate (a suspected neurotoxin), borax and occasionally caustic soda.

The ponds are made near the ocean, relying on the tide to refresh the water and carry shrimp excrement out to sea. The area around the ponds turns into a dead zone.

A recently published paper on life in a shrimp-farming area in Bangladesh describes how shrimp farming wrecks the land and the economy, making life practically unlivable for the locals.

A more responsible way to farm shrimp is in closed, inland ponds. And there are responsibly caught wild shrimp too, like the pink shrimp caught in Oregon or spot prawns caught in the Canadian Pacific.

Thankfully, wild caught shrimp aren’t treated with a long list of unspeakably gross chemicals like farmed shrimp can be.

But, far too often, wild shrimp are caught with methods that result in a lot of bycatch—the other species of marine life accidentally swept up and then tossed dead and dying over the side of the ship. For every pound of shrimp you eat, imagine five to 20 pounds of other species that died too.

When you pick up a cocktail shrimp off an hors d’oeuvre tray, of course you aren’t wishing for the needless deaths of other sea creatures. Nor are you wishing for the devastation of villages in far away countries like Bangladesh. But that could be part of the story that brought the shrimp to the freezer section of your local store at such a great price.

And, honestly, given how disgusting shrimp farming methods can be, and how poorly inspected they are at our ports, I don’t care how good they taste. I’m not going to risk it. Researchers tested imported ready-to-eat shrimp, and they found 162 separate species of bacteria with resistance to 10 different antibiotics. Yuck!