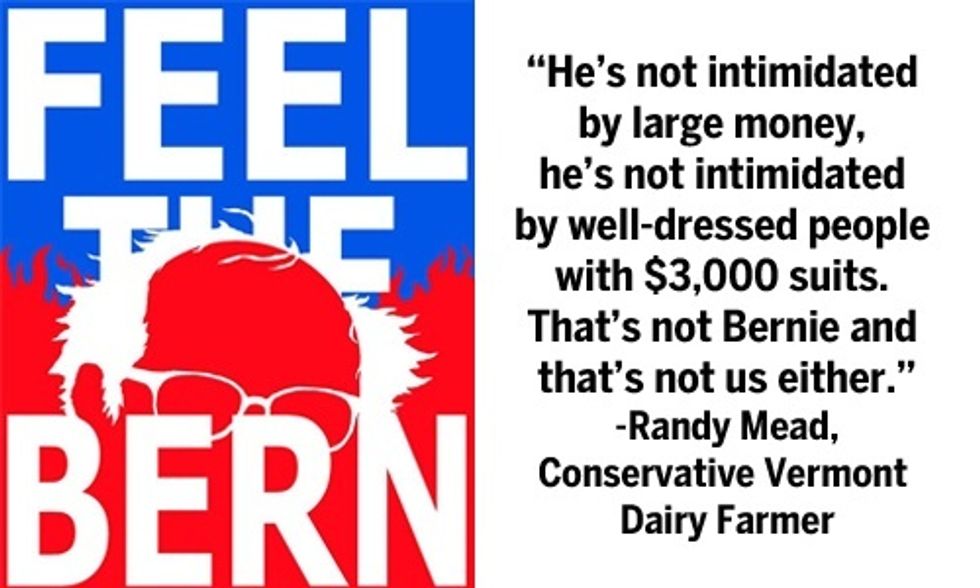 Once considered a long-shot candidate, Bernie Sanders is now a serious contender for the Democratic nomination. Earlier this month, a CBS/YouGov poll found Sanders with 52 percent support among Democratic primary voters in New Hampshire, while Hillary Clinton received 30 percent. And, in Iowa, new polling released Sept. 10 puts Sanders ahead of Clinton for the first time, marking his continued and growing popularity among voters. In both Iowa and New Hampshire, Sanders’ support is strong among independent voters and those under age 30.

Last week, Stephen Colbert explained on the Late Show why so many people are "Feeling the Bern." In August, Sanders drew nearly 30,000 people in Portland, Oregon—the largest turnout for any presidential candidate this year. Thom Hartmann also recently attempted to explain why Sanders is so popular, pointing out he's even popular among some conservatives.